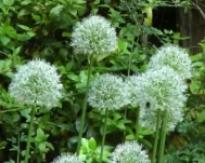 Age at interview: 33
Brief Outline: Maryam breastfed all her three children but with her oldest one she did mix feeding. The use of formula came about because her child cried a lot and Maryam felt she didn’t have enough milk. Maryam breastfed her second baby for a year and her last child for ten months. But with her youngest son, she started mix-feeding early on, as she was studying full-time. She advises health professionals to talk to expectant parents and demonstrate how breastfeeding is done rather than just giving leaflets.
Background: Married with three children ages 10, 7 and 5 years old. She works as a volunteer in health promotion. Ethnic background: Black African.

Maryam breastfed all her three children but with her oldest one, she did mix feeding. She points out that when her first child was born, she had recently arrived in the UK and didn’t know anybody, apart from her husband. She was in her early twenties then and didn’t have any experience with babies and had no advice about breastfeeding.

The use of infant formula came about because her child cried a lot even after she breastfed her, so Maryiam thought that she didn’t have much milk. She recalls that she never used breast pads. She was breastfeeding every three hours and started her baby on formula at two months. She noticed that every time she gave the bottle to her baby they would vomit.
When the baby was seven months old, the doctor told her that her baby has allergic to the formula and changed the formula for soya milk.

Maryam breastfed her second baby for a year and her last child for ten months. But with her third child, she started mix feeding from the very beginning. She was a second year university student and used to breastfeed him in the morning before she left for uni and when she came back. In between the baby was given infant formula.

She thinks there is still a need to educate young parents about the benefits of breastfeeding. From her experience, it would be better that health professionals talk to expectant parents and show how breastfeeding is done rather than giving leaflets. In her own experience, she remembers that she was given a bunch of leaflets that she never found the time to read.

Maryam was studying at university and her milk supply was low, so she opted to mix feed her children.

Maryam was studying at university and her milk supply was low, so she opted to mix feed her children.

View topic summary
SHOW TEXT VERSION
EMBED CODE
PRINT TRANSCRIPT
I breastfed all of them, some of them really I mixed up with the bottle feeding but the first one really I did mix because I didn’t know, I haven’t got any experience and I noticed I don’t have much breastmilk, although I didn't know because I was 20 and I came here and I have no friends just me and my husband so we haven’t got any experience and nobody like advised me to use or bottle feeding.

I only breastfed my child at that time and I noticed he’d cry a lot so I didn’t know like maybe he hasn’t got enough milk, I didn't really know really.

I just noticed my breastmilk is not much really, I didn’t use breast pad, yes so that was there reason. The second one then I got friends and they advised me to use the mixture of milk, the bottle milk, that’s what I did and I was studying at that time, yes so I decided to mix feed. And it was okay really for her although she has allergy, even the doctor didn’t know she has allergy, if I give her the, milk she started vomiting.

And how much breastfeeding were you doing around that time?

I am doing okay I think every three hours I gave her the breastmilk yes it was okay for her but if I give her the [formula] milk then she’d start vomiting, but I didn’t know really I thought like maybe it was just a colic, I didn’t know like she’d got an allergy at that time.

So did they put her on soya milk?

Yes it was okay then she stopped vomiting.

You remember how old was she?

About, I think 7 months that was the time that they realised that she’d got allergy.

Maryam breastfed her first baby for a year and the second one for ten months. But infant formula is used at night or when out in public places.

Maryam breastfed her first baby for a year and the second one for ten months. But infant formula is used at night or when out in public places.

View topic summary
SHOW TEXT VERSION
EMBED CODE
PRINT TRANSCRIPT
And with your first son for how long did you breast feed him?

Yes but the second one was ten months.

Okay. So you breastfed the second one for ten months?

For ten months and then I stopped yes.

So were you giving the baby formula at a particular time during the day or night?

And if I’m out you know I don’t like to breastfeed outside so I give her the bottle.

Okay. Why? You don’t feel comfortable?

I don’t really feel comfortable to just open my breast in the public really.

Okay yes. Okay so it was just a kind of at night or when you had to go out?

Okay but otherwise you breastfed?

Yes all the time.

And what happened with your third child?

My third one I was in Uni so from the day one really I start with milk.

With baby formula and breastfeed, breast milk as well. Yes because really I was in Uni and I was in year two, level two which was really hard for me, I can’ just breastfeed him I have to leave him with, my mum and my friend as well so I have to teach him really there. You know sometimes it was hard for him to start, you know, sucking the bottle because I realised with my second one it took her ages before she start sucking the bottle so that’s why I started the early age. Since from the hospital anyway I started giving him the formula yes.

Maryam wants health practitioners to explain to young mothers where they can go for help and support. Not to just handout an information leaflet.

Maryam wants health practitioners to explain to young mothers where they can go for help and support. Not to just handout an information leaflet.

View topic summary
SHOW TEXT VERSION
EMBED CODE
PRINT TRANSCRIPT
Yes the only advice I would say is maybe to give more information about the breastfeeding for the young woman and even when they give the leaflet they should try to explain to the parents about it you know, because when they give the leaflet sometimes the parents will just chuck it in the bin, they don’t even bother to read it. So if you have a good idea…

Maryam used mixed feeding when studying at university. She breastfed her baby before leaving the house, and on her return from uni, and in between the baby was fed on infant formula.

Maryam used mixed feeding when studying at university. She breastfed her baby before leaving the house, and on her return from uni, and in between the baby was fed on infant formula.

View topic summary
SHOW TEXT VERSION
EMBED CODE
PRINT TRANSCRIPT
Oh it was really hard, it was really hard. Because it wasn’t planned as well, I just got pregnant, I didn’t even know. So the first time when they told me I’d got pregnant I was a bit sad but I just realised that was what we thought but prayed to Allah to make it easy for me and it really helped he wasn’t like crying all the time he was a good boy and he knows my friends as well so it just they’re always together so he just stay with her, she feeds him and my mum also helped me. So that was yes.

Okay and what time sort of did you feed him in the morning or?

I feed him before I go to Uni.

And what motivated you to keep breastfeeding at the same time as sort of giving them the bottle?

Because really they told me is good for the children as well, yes and that’s what motivated me. And it’s easy, it’s easy and it’s cheaper you don't have to buy, yes so it’s easier so that’s why.

Easier because when you bottle-feed it’s more time consuming?

Yes and more time consuming you have to clean, you have to wash and sterilise the bottles and all this, so that’s why.

Okay so it’s not a, to be taken lightly. How did your friend sort of,  you had friends that were also doing the same mix feeding?

Yes I had but really most of them they were doing the mixed feeding because of school or because when they go outside they can’t breastfeed their children in the bus that’s what made them to bottle feed their child.
Previous Page
Next Page