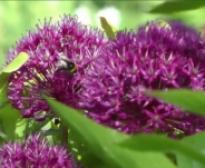 Age at interview: 33
Brief Outline: Zainab has three children and breastfed the first two for thirteen months. She plans to do the same with her ten-month-old daughter. On all three occasions, she has experienced sore and cracked nipples when breastfeeding. The last time she followed the advice provided by the breastfeeding support worker about changing the breastfeeding position of the baby to ensure good latching.
Background: Married with three children ages; 9, 5 and 10 months old. Ethnic background: Black African.

During her first pregnancy she attended ante-natal and breastfeeding classes and found all the information she needed about caring for a newborn baby and about breastfeeding but was unconvinced about the position of putting the baby under the arm pit. She grew up seeing women in her family placing the baby in their laps and she did just that.

With her first son, Zainab experienced very bad cracked nipples and can remember that one day she was breastfeeding the baby and could see blood coming out of his mouth. She remembers from the breastfeeding class that cabbage leaves are good to use with sore or cracked nipples. She called the breastfeeding support worker for help but there was little they could do as the nipple was split so it was simply too painful to breastfeed. She was so determined to give her milk to the baby that she started to pump her other breast and stopped using the injured one until it healed. It took more than two months for the nipple to heal. She has noticed that ever since, that breast tends to have less milk.

With her second baby, she still had sore, cracked nipples but they improved after three weeks. She breastfed her second baby for eight months and then introduced formula as well as solids. She used to have backache when breastfeeding her baby, but it improved when she started using a pillow to prop up the baby towards her.

With her third baby, she had sore and badly cracked nipples once more. The breastfeeding support worker in the hospital found it surprising that Zainab was again having problems and, thought that it might be the baby’s latching needed adjusting. They advised her to position the baby under her armpit when breastfeeding. Zainab didn’t feel comfortable with it but once at home she tried it and found that the under the arm position allowed her to bring the baby towards her breast more easily, therefore helping the baby to latch properly. Meanwhile she was using cabbage leaves and cream to help with the pain and discomfort of her nipples.

She loves breastfeeding and as a Muslim, says that her religion encourages her to breastfeed. She also feels that breastfeeding is cheaper, healthier, convenient and less time consuming than bottle feeding. For her, the one disadvantage of breastfeeding is that she does not feel comfortable doing it in public places or at home when she has visitors she doesn’t know that well.

Zainab found it easy to wean her two older children. She stopped breastfeeding at night and instead gave them water and yogurt, and by the fourth night it was only water. She started their day with yogurt and water. She found the breastfeeding classes informative and the people who run them very supportive.

Zainab’s nipple cracked badly but she continued breastfeeding from her less affected breast and expressed the milk from the other. She used cabbage leaves to help with the pain.

Zainab’s nipple cracked badly but she continued breastfeeding from her less affected breast and expressed the milk from the other. She used cabbage leaves to help with the pain.

View topic summary
SHOW TEXT VERSION
EMBED CODE
PRINT TRANSCRIPT
So when I had her, when I had my first son I had really bad cracked nipples, I was all sore, luckily enough my mum came to stay with me but she couldn’t do anything because it was, it’s the first time she’s seen something like that in my situation. I could remember there was a day I was breastfeeding my baby and I end up seeing blood come out of his mouth so I had to stop that one. I was so determined to give him breastmilk I didn’t want formula so I end up pumping one breast and leaving the other one untouched.

To rest yes and I, because of the breastfeeding classes that I went, it was quite helpful so I remember she said if you have cracked or sore nipples you can put cabbage which I did.

Yes the cabbage leaves and even my mum was like really cabbage, I said yes she, I was told it gives you a bit of relief and it doesn't dry up the, the nipples. I used the nipple cream but it was all in vain there was nothing, it wasn’t helping. I went to the GP they said because I’m breastfeeding they cannot give me any antibiotics I can only go on paracetamol that’s it. So I was pumping one breast and leaving the other one to rest which I could even say up to now it has an impact because one breast I have more milk than the other one because I think it’s psychology with the brain isn’t it that one needs it so let me give this one. Even now I can tell one has high milk and the other one has very little amount.

So I call the breastfeeding help group and they came, she tried helping me quite well, they were quite good but there was nothing she could do the nipple was so cracked it even like the nipple like split almost into two you could see the, it’s a horrendous experience I can’t even like. I was all in pain for two and a half months, I was in pain but I was so determined I wanted to carry on. My first child I gave him all through I didn’t even give no water until he was six months and then I put water and formula.

View topic summary
SHOW TEXT VERSION
EMBED CODE
PRINT TRANSCRIPT
Yes four of them to have babies and to have cracked nipples so. I love breastfeeding and being in, being a Muslim we are advised the Prophet, our Prophet May Peace be Upon Him, advises mother’s to breastfeed. We were taught it had links with children’s IQ, when you breastfeed, the more you breastfeed the higher their IQ so probably that is why most of the Muslims maybe will tell you back home maybe they breastfeed for 16/18 months, some 20 months.

Zainab doesn’t like the idea of herself, or other women, breastfeeding in public. She thinks some people may feel uncomfortable.

Zainab doesn’t like the idea of herself, or other women, breastfeeding in public. She thinks some people may feel uncomfortable.

View topic summary
SHOW TEXT VERSION
EMBED CODE
PRINT TRANSCRIPT
But sometimes only disadvantage is when you go out, your children will cry and you don’t want to breastfeed in public except if you have places where they said, you are welcome to breastfeed, you can do that or you have to get the baby big scarves and put the baby in the bust but still sometimes you feel like you're, maybe you’re disturbing other people and making other people really uncomfortable because they don’t want to see that. Although they are not even seeing you or the baby is under you but you just feel am I doing the right thing and then you're just like.

Okay you feel kind of pressured not to do it?

No, no ,no it’s not pressure but you’re just thinking somebody next to you might be like really uncomfortable because he knows what you’re doing, you’re breastfeeding your baby, do you get what I’m saying because I, I would, I love it in a way but I’ll tell you the truth sometimes I find it really irritating to just see the breastmilk like going out or something, do you know what I’m saying, I feel that my breast is my personal, do you.

So sometimes I find it like why should I be bringing it out, but because as I told you I felt it’s the right of the child to have it, I shouldn’t deprive him from his right.

So I have two mixed feelings.

Yes, I don’t really, really like, you know some mothers would say it’s really enjoyable that attachment connection and stuff like that but I personally would tell you I just, to see a woman bringing out her breast and feeding is just irritating to me.

Oh in front of others?

Yes even my one, to bring it out and others will just like it’s not comfortable it’s so uncomfortable for me to view.

Zainab explains what she did to stop breastfeeding after bedtime.

Zainab explains what she did to stop breastfeeding after bedtime.

View topic summary
SHOW TEXT VERSION
EMBED CODE
PRINT TRANSCRIPT
What I do to stop breastfeeding? What I do is I’ll just take them off for that day then I will get the milk I’ll give it to them one day maybe and then night time when they wake up I’ll go and get yoghurt and water I’ll give it to them for like three days, would do that when they wake up I’ll give them water and yoghurt. Go back to bed for the third day, fourth day I’ll give them only water by then they would have really understood that they’re not going to have breastmilk. And luckily enough for two of them it did work by the fourth day they don’t need it, it will take the milk and, my first one take food but the second one he would get the bottle he takes it without complaining and in the night he would take the bottle before he goes to bed and that’s it. When he wakes up I give him water from then he doesn’t wake up because he’s not going to have nothing.
Previous Page
Next Page