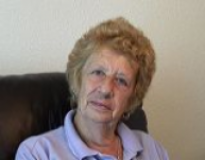 Age at interview: 67
Brief Outline: Has been invited to be screened for bowel cancer twice, but has not done the Faecal Occult Blood (FOB) test mainly because she is afraid of having further investigations.
Background: A white British woman, a retired nurse manager, divorced, 3 children

Has been invited to be screened for bowel cancer twice, but has not yet done the Faecal Occult Blood (FOB) test, mainly because she is afraid of having further investigations, such as a colonoscopy or sigmoidoscopy. In the past, she had an endoscopy for gastric problems, which she said was 'the worst experience', so now she fears similar investigations. She does not react well to sedatives or to anaesthetics so although some people have a colonoscopy with a sedative, at the moment she would not consider that as a possible option. She says she might change her mind if she is invited for screening sometime in the future.

When she read about possible investigations she put the letter in the waste paper bin.

When she read about possible investigations she put the letter in the waste paper bin.

View topic summary
SHOW TEXT VERSION
EMBED CODE
PRINT TRANSCRIPT
When you got the letter to invite you for screening.

Did you read the letter?

Yes I did. I read it, it told you what to do and then it said that you would get the results, they would let you know if there was any doubt, you know, you would be screened again, and then obviously if there was any need, and they were suspicious of anything you would have the further investigations. And that's when it went in the waste paper bin.

Did it tell you much about the investigations or was it, or did you know all about them because you were a nurse?

I knew, yes I knew, I knew. And I think that doesn't help, you know I've seen grown men cry having these investigations and you know I'm just not that brave. But no I didn't need to read, as soon as it said about the investigations it was oops [laughs].

She thinks that the letter and initial information leaflet should be more explicit about what...

She thinks that the letter and initial information leaflet should be more explicit about what...

View topic summary
SHOW TEXT VERSION
EMBED CODE
PRINT TRANSCRIPT
Do you think the information sheet should have given you more details about the investigations or not?

I think for a lay person, you know I knew what they were talking about, but for a lay person it sounded very simple, very, not painful, very easy, you know something like, 'Oh you just pop in in your lunch break and, and get it done.' And I think that might give a false impression to people, and they, they would have it done. If it was very uncomfortable, painful or you know they found it too horrible for words I think that might stop them going back. Whereas if you go prepared, the fact now this is going to be pretty horrible, and even if they exaggerate a bit, surely it's, you know it's better to expect that than to expect something that's practically you know, just nothing. So yes I do think that the letter could have been a bit more, you know, definite.

A bit more detail about it, the colonoscopy or'

Yes not so sort of trying to gloss over it so that people would go and give you the impression it's nothing.

She decided against taking part because had reacted badly to sedatives and anaesthetics and...

She decided against taking part because had reacted badly to sedatives and anaesthetics and...

View topic summary
SHOW TEXT VERSION
EMBED CODE
PRINT TRANSCRIPT
Please can you tell me your story in relation to screening for bowel cancer with as much detail as possible?

Well I'd been invited twice and I've received the package at home, you know from the local hospital, NHS trust and on both occasions I've just disposed of it and not sent it back. I suppose you'd just call me 'chicken'. I don't really want to know, you know at that time. Maybe in the future if I was invited I might do it again but at, on both occasions I, I just don't want to know. I couldn't cope with knowing that you know if they sent for me again and said it was inconclusive or I'd definitely got cancer of the bowel you know I'd just be paranoid and thinking about surgery and treatment and investigations. One of the things that does put me off is the thought of having a sigmoidoscopy. It actually, you know it just feels me with horror. I've had an endoscopy and it took the doctor two years to persuade me to have that done for gastric problems and even being an ex nurse they tell you you're going to swallow this tiny flexible tube, you know it's not a tiny flexible tube at all, and it's the worst experience I've really had so I just couldn't even tolerate the thought of having a sigmoidoscopy.

Or a colonoscopy, no, no, no not at all, it's, it just fills me horror. And that is, that is the two reasons you know I'm just a coward I think. So may be, may be in the future if I was invited again I might think about it. But I would be just praying that it would be totally clear, that I wouldn't have to have further investigations, I think that's what bothers me.

Can some people have the choice of having a sedative if they want to?

So even if you, even knowing that you could possibly have a sedative.

You still didn't want to go ahead because of the investigation?

No, mm, mm. And when I had my endoscopy I didn't have a sedative.

Could you have done?

Oh I could have done but I didn't fancy.

Are you not keen on investigations?

Even with a sedative?

Because I don't react very well.

Mm, mm. I had a minor operation recently but I chose to have a spinal, I don't react very well to sedatives and anaesthetics. You know I feel really, really yuck and horrible for days, not just hours. So I put up with the endoscopy without a sedative but.

So your greatest worry was that if it came back that there was a problem.

You would have to have further investigations such as a colonoscopy?

And you wouldn't want to have a sedative and therefore you were worried about the discomfort?

Yes I can understand that. In spite of the fact, well because you were a nurse you remembered what people had been through.