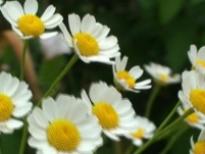 Age at interview: 69
Brief Outline: In January 2013, Patricia dislocated her right shoulder after she fell down some steps. In A&E, they relocated her shoulder and she was told that the dislocation could have damaged the nerves that are situated under the shoulder. Indeed, she started having problems moving her arm, hand, and wrist and fingers. On the 23 June 2014, she had subacromial decompression surgery, but feels surgery has not worked for her, as her mobility has not improved and she continues having pain. At her post-op follow up appointment she was told it is early days and was referred for more physiotherapy. The consultant will revise her situation in three months’ time.
Background: Patricia is married and has three adult children. Retired social worker. Ethnic background: British.

In January 2013, Patricia dislocated her right shoulder after she fell down some steps. In A&E, they relocated her shoulder and she was told that the dislocation could have damaged the nerves that are situated under the shoulder. Indeed, she started having problems moving her arm, hand, wrist and fingers.

A week after her accident, she saw a consultant at her local hospital and was referred to the hand clinic. In March 2013, she had a nerve test to ascertain the damage sustained to the hand, wrist and arm. And in May 2013, the local consultant referred her to see a specialist in a regional hospital. The specialist thought that she would improve but that it was going to take time. She had another nerve test and went back to see the specialist back in July who suggested she may have rotator cuff damage in her right shoulder. She was referred back to her local hospital where she had an MRI scan in August 2013, but neither she nor her GP received a report on the findings. She eventually got a copy of her MRI report from her physiotherapist.

In October 2013, Patricia went back to see the hand specialist and learned that she had not been sent a copy of her MRI scan results. She and her husband had brought their own copy and so the consultant was able to explain to them her test’s results. Basically, the scan showed she had impingement syndrome of full thickness tear of two tendons; a partial tear of a sub tendon and mild to moderate atrophy of two main muscles and damage to the biceps tendon.

When it was established that there was something wrong with her shoulder, Patricia was referred to the Nuffield Orthopaedic Centre, an NHS hospital but she had to wait a long time to get an appointment. Finally, in March 2014 she saw a shoulder specialist and she had surgery in June 2014.

After the operation, one of the doctors explained that the MRI result had misled them because, during surgery, they found that there was no tear but thinning of the tendon muscle, which was still attached to the rotator cuff. They found holes in the tendon, but there was not enough of it to cut and reconnect to the rotator cuff. Surgeons conducted the decompression surgery and removed the long head of biceps tendon to decrease the likelihood of pain.

As the hand specialist predicted, Patricia has had a good recovery of the nerve supply to the hand and fingers but, since her decompression surgery she feels her hand had got stiffer. She continues to have restricted upward arm movement and her shoulder is painful if she tries to move her arm beyond a certain point.

Patricia feels she hasn’t had any benefit at all from her decompression surgery. The written report from her post-op follow-up appointment recommends more physiotherapy to deal with her shoulder stiffness and indicates that her restricted mobility could also be related to the nerve block used during surgery. She is seeing the consultant again in three months’ time. Specialists have suggested to Patricia that it is still early days since her operation and that hopefully physiotherapy will improve things. She and her husband feel they have been put ‘on hold’ again.

Throughout this period Patricia has coped, with the support of her husband who helps with house chores and has accompanied her to all her GP and hospitals appointments.
Patricia commented on the financial cost involved in attending non-local hospitals such as the payment of costly long-stay car parks and overnight stay expenses when attending early appointments.

Overall, Patricia and her husband feel that time was lost due to long waits to see specialists and poor communication between different hospitals and departments. Also, they think that the MRI test should have been done earlier and not seven months after her accident.

Patricia would have liked to know before surgery that the operation might not work and about the type of operation she’d be having and why.

Patricia would have liked to know before surgery that the operation might not work and about the type of operation she’d be having and why.

View topic summary
HIDE TEXT
PRINT TRANSCRIPT
Patricia: They [consultants] didn’t actually tell me that I wouldn’t get the full use of my arm. I anticipated that was going to happen and it hasn’t. I mean it’s no difference at all, if indeed it’s not worse.

And in terms of information, what else would you have wanted, would have liked to have had at that time?

Patricia: Well, I suppose the fact that things may not have worked as well because I really and truly did not expect that I would be in this pain or, and not able to move my arm or hand any further than, nothing’s changed. Nothing’s changed......I was hoping it was going to be more or less back to normal but it isn’t. I mean to me it’s just been a perfect waste of time, that’s the truth...... They just did a decompression operation and that was explained to us after.

Did they explain why? Why did they do that?

Patricia: I don’t think they did explain why, did they?

Husband: Yeah, they did.

Patricia: I mean why say that I needed one operation and then not do it and I wonder if that’s why I’m not feeling any different at all.

Husband: Yeah. So well that I’ve written it down [looking at paperwork]. The registrar came to see my wife after the operation, and I was sitting with her, explained what they found during the operation. They found that the MRI scan had misled them, the findings, because the tendon muscle, whatever it is, was still attached to my wife’s rotator cuff, had not been torn away but it had holes in it and they had to decide whether there was a facility where they could remove the whole part of the tendon and reconnect it to the rotator cuff. In the event they decided there wasn’t enough of the tendon in order to do that. So they left it attached although it has holes in it.

Patricia: They decided to leave it attached. The long head of biceps tendon was removed in the operation to decrease the likelihood of pain and a chromial decompression was then carried out and the spur of bone was removed...

Husband: And we, we were then puzzled that if the rotator cup tendon was still attached, what was stopping my wife raising her arm.

Patricia: Because I still can’t do that.

Husband: We’ve never had a response about that.

Patricia: I still can’t do it. I mean, [raising arm] that is as far as I can go and that is painful and I don’t think it’s been any different. Now if I hold my arm and go up, but that, I can’t hold it up there because it’s so painful here and you can hear it click when I bring my arm down. So it’s not perfect. I mean I don’t expect it to be perfect but I expected it to be better than it is.

Patricia’s arm and shoulder are still very stiff. She feels that surgery hasn’t helped. She is waiting to have physio and to see the consultant in 3 months’ time.

Patricia’s arm and shoulder are still very stiff. She feels that surgery hasn’t helped. She is waiting to have physio and to see the consultant in 3 months’ time.

Husband: She can’t do that.

Patricia: No. No, I can’t put it any further than that and that hurts here, up here.

So just by putting your hand on your shoulder?

Patricia: Yeah, so I can’t do my hair with that. I mean I have to do it with this hand and, you know, I just can’t get any further than that.

Patricia: I don’t feel I’ve had any benefit at all from the operation.

Husband: And you can’t be denied those feelings. No matter what people say, that’s how you feel isn’t it.

Patricia: I mean I would, my car is sitting outside. It’s been out there for all this time. I would love to be able to drive it. I’ve driven it just once....But I wouldn’t want to do it on my own because if I had an accident and it’s not always your fault is it? It could be somebody else, then I’d be in trouble no doubt for driving when I shouldn’t be.

Yeah, you have very limited movement here in your shoulder. So it has had implications for your everyday life.

Patricia: Yeah, it has. Certainly...

Husband: All we can hope is that we keep on locally about regular physiotherapy appointments and that they spend some time with my wife trying to get the movement a bit more or at least stop it stiffening anymore. And then by that time, when and if we’re offered this three month appointment, and my wife’s examined again by the consultant at Nuffield [NHS hospital], some improvement will have been made. But there’s no guarantee of that the way she feels at the moment.

Patricia: If I thought there was any hope of it improving, yes I would go through that again. But I was very optimistic the first time and that wasn’t just brought about by me. It was brought about by what I understood the consultants to say that they could make some improvement. Nothing’s improved. Nothing...

Husband: It’s being suggested that it’s still early days after the operation, the physio will... And so therefore, effectively we’re on hold again while the physio has some, hopefully has some effect and the consultant at Nuffield [NHS hospital] sees my wife again in three months’ time.