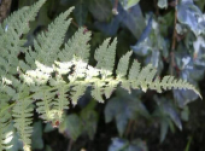 Age at interview: 66
Age at diagnosis: 51
Brief Outline: Vincent discovered he had Hepatitis C in 2005. Although he was an injecting drug user he never shared needles, so he believes he was infected by a blood transfusion. Treatment has not been successful. Recently he agreed to take part in a biobanking study.
Background: Vincent is a semi-retired artist and antiques dealer. He is married with two children aged 8 and 12, and three grown-up children from a previous marriage. Ethnic background/nationality' White English.

Vincent is a semi-retired artist and antiques dealer. After his first wife left him, taking the children, in the late sixties, he went through troubled times and was for many years an injecting drug user. He spent time in prison for stealing from pharmacies and forging prescriptions. However, he took care not to share needles with anyone else. One day in 1983 he had a psychotic episode which led to him jumping out of a first floor window. He was badly injured and needed surgery and a blood transfusion, and now looking back he believes this was when he contracted the Hepatitis C virus (HCV). However, he did not discover he had the infection until much later on.

Vincent gave up drugs voluntarily with the help of some friends who kept him in his flat and looked out for him for 8 days. A few months later he met the woman who was to become his second wife. They have been together 23 years, and have two much-loved daughters.
In 2005 Vincent was seeing his GP and the GP noted that he had previously used drugs so should perhaps be tested for HCV. Vincent was angry at first when he discovered he had the virus, but says he can’t feel bitter, as it was his own lifestyle that led to the accident, which in turn led to the blood transfusion. It took him a long while to decide to give treatment a try, because the regime and the possible side effects sounded so severe. Eventually he did have treatment after seeing someone with advanced liver problems in the waiting room. He had severe side effects, both mental and physical, but stuck with it for all but one week out of the 47 weeks of treatment, motivated by the thought of his family. He still feels he has not really fully recovered, and has recently been experiencing a lot of anxiety and hyperactivity, and difficulty concentrating. Coping with his mood swings has been hard for his wife in particular.
Sadly for Vincent the treatment did not successfully clear the virus from his system, but he continues to be monitored regularly. He tries to live as healthy a life as possible and to remain optimistic. He is keen to do anything he can to help develop better treatments for others diagnosed with HCV in future, and so he has recently agreed to give blood samples for a research study into the condition. He would like to know more about the research in future, when his concentration has improved again. In the meantime, he is happy to do whatever he can, and feels he has had the best possible care from his GP and the hospital.

Helping others is Vincent's main reason for contributing to research, even if there is no...

Helping others is Vincent's main reason for contributing to research, even if there is no...

View topic summary
HIDE TEXT
PRINT TRANSCRIPT
I want to help others. It’s as simple as that. I’m just a simple old Buddhist. I’m also an old fart, as I’m told, sometimes. But I’m the oldest person in this lane and recently I haven’t been well, and some of them prayed for me, others have done other things. They all want me to carry on. I want to live to a 100 and be a pain in the arse, I really do. There’s one thing I like about being old is that I speak my mind, you know. I, that’s me.
Because there’s no personal benefit really involved in giving these blood samples?
Well there can’t be. I don’t think any treatment will come along in my lifetime that will make it retrospective, but that doesn’t matter to me. I want to help others, you know, simple as that.

Vincent encourages other people who have hepatitis C to take part in research. He wants to be...

Vincent encourages other people who have hepatitis C to take part in research. He wants to be...

View topic summary
HIDE TEXT
PRINT TRANSCRIPT
Do what I’m doing, it’s as simple as that. Do as I’m doing. If in any way I can help other people on the treatment, I’m quite willing to do so. I remember when I was in hospital with pneumonia during the treatment, the liver specialist came round and she said, “Would you mind talking with all these students?” and I said, “No, no.” I didn’t mind. I poured my heart out to them
One in twelve people in the world have this horrible, evil little virus, and I want to do as much as I can to help others, and to help this study. I’m a Buddhist, so may life be with you.
Previous Page
Next Page