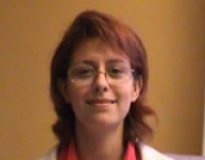 She and her partner agreed quickly what they'd do with screening results, but it was difficult to...

She and her partner agreed quickly what they'd do with screening results, but it was difficult to...

View topic summary
SHOW TEXT VERSION
PRINT TRANSCRIPT
So I felt I had enough information and before the test, I mean we had made our decision that if there was a chance for the nuchal test to be positive, that, you know, what we would do. We would go forward and have another test done, and then we would make a decision. But yeah, we had it clear before the test what to do and how to proceed.

So you would have gone for an amniocentesis?

Yes, we had. Well, we talked about it, and we knew that if we had to go through the amniocentesis and the result was positive then again we knew that we would make a stop and abort the pregnancy. We had decided that well before having the nuchal scan.

And you both agreed completely?

Having seen her cousin's experience of Down's syndrome, she would not want to see her own child...

Having seen her cousin's experience of Down's syndrome, she would not want to see her own child...

Well, you can never know. I suppose that even if your mind is set upon something very strongly, you never know. You can always back up or change your mind at the last minute. That's something that you can't predict. But I've had problems in my family. One of my cousins, due to exactly this happening, nuchal...

Yes. Due to that he is handicapped. And they carried on, my aunt carried on the pregnancy and the birth and everything. But he's badly handicapped, mentally and physically. So I think - and he's very dear to me - so I think seeing him growing up at the same time as me made me think that I could never go through what he's going through as a handicapped child.

And seeing my aunt, I just could never go through as a mother. It's just a bit too much, really, especially for the kids, to just know that you will never be the same as everybody else. So that's the reason why I had made this decision and my husband was 100% clear with that. He was all right with that as well.

What sticks in my mind is the day of his 18th birthday. Everybody was making plans and telling him, 'Oh, next year you're going to pass your driving lessons and you're going to have a wonderful job, you're going to get married', and they were making all these plans.

And, and we went away from the party and there was my Dad, my cousin and myself, and my cousin suddenly said to my Dad, 'Look' - because my Dad is his godfather - 'look how stupid they are, they believe that I'm going to do all these things, they believe that I'm going to have a car next year and pass my driving licence. They are stupid. How could they say that? I will never be able to do all these things as everybody else'.

And then that was it and he started to go on about, you know, his plays. But his moment of lucidity was there, and that was just heartbreaking, because he knows that he will never be able to do everything as everybody else. And I thought it was just too hard for him to live all his life knowing that he can't be like everybody else.

Written information from her midwife was helpful, but she still had unanswered questions.

Written information from her midwife was helpful, but she still had unanswered questions.

Yes, probably it would have made it a bit easier and less difficult question-wise, because I was just having so many questions so when the midwife gave me all these leaflets and this book about pregnancy was a relief. So I read it straight away. I read the whole thing.

And then I had too many things in my head, but yeah, I think it would have been better. So I was constantly calling my friends who had babies, my mother, asking for, you know, even really silly questions. Like late at night I was calling my Mum and waking her up to ask, 'Oh, I felt something down below, do you think that it's important that I go to see the doctor or what should I do?' So yeah, probably it would have been a bit better.

At her 20-week scan in France she was given detailed information and explanation. She and her...

At her 20-week scan in France she was given detailed information and explanation. She and her...

View topic summary
SHOW TEXT VERSION
PRINT TRANSCRIPT
Well, the doctor started with the head of the baby and was going through every single muscle, members, organs, everything. He started with the cranium, with the brain, and he showed us the flux of blood in the brain, on and off. He measured everything' the ears, the nose, everything, and he told us he had, well, our baby had big ears.

Then he went to the neck, the throat, and there was, how do you call it? slices, that's how he called it, slices of the body. He went through the heart and again the flux of blood going through the heart. It was funny, well, quite a nice shape, actually, the heart, the slice of heart.

Yes. My husband straight away asked, 'Oh, is his feet all right?' and the doctor said, 'As far as we can see they are all right. We can't confirm that they will be all right later, but as far as now is concerned yes, everything is fine.' So that was quite nice to again hear the heartbeat, and hear all the fluids going from me to my baby's body. That was rather nice, and we kept, a very long spreadsheet with all of the, you know, these heart beats and fluid beats and slices of bodies.

So he was talking all the way through, pretty much?

Yes. And the nice surprise was that he was fluent in English, so he was talking it through it with me in French and then translating it into English to my husband, who was delighted to actually understand all these strange words.

And it sounded from what you said as though he did try to say, 'This is only, we are hoping that everything is alright, we can't confirm.'

So you felt you came away with an understanding?

Reassured, yes, reassured especially for my husband who was making a big point of it. Reassured, but we knew that, I mean, if something wrong was happening there was nothing we could really do about it and there's nothing the doctor could do about it either. That was one of these things of conception - you never know what's the surprise going to be at the end.