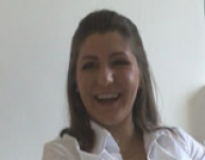 She felt screening helped provide stages for getting through pregnancy.

She felt screening helped provide stages for getting through pregnancy.

View topic summary
SHOW TEXT VERSION
PRINT TRANSCRIPT
Well, I have found it, like I said very reassuring, and I think that if other women find it as reassuring as I do, then it's definitely worth doing.

For some reason I never really thought about not having the screening. I mean, I never thought about, I think because I was looking forward to having anyone pay attention to me, give me a little attention, I was really looking forward to things like the 12 week scan. And they became markers that I got to say, 'Oh, just 3 more weeks until...', you know as opposed to saying, 'Oh, just 33 more weeks until the baby comes out.' You get these shorter time frames, and so, as silly as it sounds, that's a lot about what screening did for me.

She and her husband enjoyed the scan, and it made the pregnancy seem real, for him especially.

She and her husband enjoyed the scan, and it made the pregnancy seem real, for him especially.

View topic summary
SHOW TEXT VERSION
PRINT TRANSCRIPT
And I thought that this woman did just a wonderful job of explaining everything and taking her time, and showing us where the nose bone was and that, making us feel a part of it.

I mean, you're looking at something that's black, white and various shades of grey, and it's not the easiest thing to make out. And I'm not even sure that, you know, we were looking, I was probably looking at an eye when I was supposed to be looking at a nose, things like that.

You both liked it?

We did. We both went.

Was it a good experience in other ways as well, I mean just seeing the baby, was that?

It was amazing. I think it was more incredible for my husband than it was for me. I mean, he almost cried. He wouldn't want me saying that! But I think for him it was the first time that the pregnancy really hit home. I mean, because he wasn't the one throwing up and doing things like that, he didn't really have this feeling that we were going to have a baby, and I think seeing that first scan was really an incredible moment for both of us, but especially for him.

Because at that point you're not showing and you don't look pregnant and you don't, I mean, and I don't think that men have the easiest time understanding the pregnancy part. I think they understand having children but I think the pregnancy part can be lost on a lot of men simply because they don't go through it. So that was really an amazing time to see the pictures and to get to take them home. We had them on our refrigerator and it was really nice.

She might have considered amniocentesis if her scan results had shown she had an increased chance...

She might have considered amniocentesis if her scan results had shown she had an increased chance...

I guess it's difficult to say, do you think if you'd been given a higher risk that you might have reconsidered the amniocentesis decision?

Well, I thought about that a lot. I think that with something like amniocentesis, a lot of the times it's just a reassurance, I mean it's, because the odds are in everyone's favour, even older women's favour, of not having a baby with Down's Syndrome and things like that.

I think a lot of the time, having something like amnio is actually just reassuring because you get the results back and you go, “Okay it's not a possibility.” I mean there's, I think that tests can bring bad news but they can also bring a lot of good news and relief.

So if I had been, I think what we would have done is, if we had had high chances of having a child that could have had something like Down's Syndrome, then I would have seen how I was dealing with it emotionally. And if it was just driving me crazy, if I was worrying too much and if it was the only thing that I could think about, then we would have considered something like that, I suppose, just for reassurance more than, or just to know. I mean, I think it can be nice to not have a bunch of question marks because there are so many question marks that come up with pregnancy.


Books can be helpful, especially in a first pregnancy, but they can also make you anxious.

Books can be helpful, especially in a first pregnancy, but they can also make you anxious.

View topic summary
SHOW TEXT VERSION
PRINT TRANSCRIPT
It was all so new, like I couldn't decide even whether I was supposed to tell my parents that I was pregnant or whether I should wait 12 weeks to do that. Or, it was, it seemed like the biggest thing that had ever happened to me but I didn't know what to do or where to go.

Emotionally I think it was hard. And of course I went out and bought a bunch of pregnancy books and I really, that was the way that I learned about things. Or the way that I scared myself and made myself feel better because, of course, the pregnancy books all talk about high risk of miscarriage in the first trimester. But they can also be reassuring. I mean they, it's nice to have information, I think.

Would you have liked to have more information from a midwife though?

Absolutely. I think it's hard to tell in books what is important because I think they try to cover everything, especially the things that can go wrong. You start to get the feeling that everything's going to go wrong in every pregnancy, and I think it would have been nice to talk to someone who could say, 'Yes, there are these terrible things but chances are everything's going to be okay.'

I really would have liked to have someone talk to me. In the end, I told my Mum almost right away and she was a great emotional support. Because she has 5 kids of her own and has got there. I mean, I think that was what I was hoping to get from a doctor or a midwife or something, just a little bit of that support and information.

The doctor in California who did her 20-week scan did not explain as well as her doctor in the UK.

The doctor in California who did her 20-week scan did not explain as well as her doctor in the UK.

View topic summary
SHOW TEXT VERSION
PRINT TRANSCRIPT
And how was it in California? Was it very different to here having the anomaly scan?

To be quite honest, I'm much more impressed with the things that have happened here than I was with my doctor in California. I went to my Mum's doctor in California and he was a perfectly nice man, I'm sure everything was fine, but it was just little things like I couldn't, like I didn't think that the ultrasound machine was as good.

I couldn't see, like it was frustrating to have this anomaly scan but not be able to make out any of the baby's body parts, and not to have things pointed out to me as much. So I was actually very happy to be coming back here and having the baby.

So you felt they didn't really explain enough about what they were doing or...?

I mean, they were in my file and they were there but he had never explained it to me. And I thought that that was strange that it took my doctor here, reading the notes from that time in California, in order to explain to me what this other doctor had done.

You clearly knew knew, the fact that you used the term anomaly scan, it was looking for defects, but was it just that you weren't quite clear which defects they might be looking for or...?

I think that, and just the actual process of when they have the machine on your tummy and they're clearly looking at specific organs, I would like to have been told, 'So here's the brain, here's what we're looking for as we scan the brain'. Or, 'Here's the kidney'. I mean, I don't even know if I'm choosing correct body parts.

This is how clueless I am. But I would have just liked to have been told what they were looking at. I mean, I couldn't, I felt a little hopeless because I couldn't see anything on the screen that looked like, 'Oh, that's a kidney' or anything like that. So just a little bit more information would have been nice.

I think that all doctors, they do this every day, I mean, they see pregnant ladies all the time, so I think they know exactly what's going on. I think that there can just be a little lack of communication between the doctor and, particularly, the first-time mother who is clueless and scared.

She had not had much information about blood tests, but trusted that staff were acting in her...

She had not had much information about blood tests, but trusted that staff were acting in her...

View topic summary
SHOW TEXT VERSION
PRINT TRANSCRIPT
I don't know everything that they take. I mean I know that they're, the first time that I went to this private doctor, he tested for all sorts of things. I mean all sorts of diseases and whether I had antibodies to certain things. So I knew that there were just a bunch of tests being done at that point.

Did you have a leaflet or anything saying what all the blood tests were for?

No, I didn't, but I do have my chart, so I can see actually as the results come in what they've checked, so there's a little bit of, you know, evening's reading can be, 'What have I had done last week?' But no, I haven't had any sort of information. I think that there is a certain degree of just trust, you have to trust that the person is checking for the right blood things and doing the job that they're supposed to be doing.

The results of her nuchal scan indicated a very low risk, which was reassuring.

The results of her nuchal scan indicated a very low risk, which was reassuring.

View topic summary
SHOW TEXT VERSION
PRINT TRANSCRIPT
You talked earlier about odds and did you feel that you were given enough information about how to interpret risk and probability?

So that was the marker that we went by. We got really lucky, I mean the doctor who did the scan, when she came out with our odds, she said that it was the lowest chance that she had seen in years. So we felt really reassured by that, as opposed to what the number would be to actually go and have the next step, something like amniocentesis.