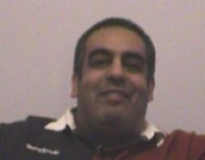 He felt the local hospital needed to be better prepared to discuss the results of the nuchal scan...

He felt the local hospital needed to be better prepared to discuss the results of the nuchal scan...

View topic summary
SHOW TEXT VERSION
PRINT TRANSCRIPT
Well the, that first scan where we discovered the enlarged nuchal fold was at our local hospital, and I'm not sure they were particularly, they're particularly prepared for those kind of things. And they looked at the nuchal fold, measured it and their whizzy little computer popped up with a chance of having a Down's child.

There was sort of a 1 in whatever chance. And they put in [partner's] age and it went from - my recollection is a bit hazy now because it was a long time ago - but it went from being something like 1 in 400 to 1 in 60, in seconds, like that, because of the enlarged nuchal fold.

And we were just at that point quite devastated by it. You know, our initial reaction was that. But, you know, I just don't think they were particularly well prepared for something like that. It was, "Ooh, we've got to send you up to London," and we were like "Okay, that's fine" We kind of got used to it having spent some time in, you know, with the other miscarriages. "Well, okay, fine, you know. Let's go and see what London has got to offer."

So I don't think they were particularly - adept is not really necessarily the right word - I just don't think they were particularly well prepared for it and maybe they needed a bit more work on the training side of that, to tell people what it meant. I mean I don't, I just didn't feel that we would've got the answers that we wanted there, you know.

I think we had an idea of the nuchal fold, because having been through the miscarriages and you read up about it, and when you're, when you're trying for a baby, information is power. And we had that information so we were kind of quite, "Okay, yeah, the nuchal fold is enlarged. Okay, well, let's see what, you know - let's not, you know, go off crying yet, because there's, you know, we're still very early."

So yes, I think they could've helped us a bit more and explained things a bit more, but if it was somebody who maybe hadn't been through the two miscarriages that we had it might've been a different impact on them. For us we were, 'Yeah, okay. This is another minor set back. Let's carry on, see what happens.' But I can see how someone who was going in for their first pregnancy and noticing that might feel a bit let down, a bit you know, under informed.

The doctor performing the CVS (Chorionic Villus Sampling) put them at their ease, and his care...

The doctor performing the CVS (Chorionic Villus Sampling) put them at their ease, and his care...

View topic summary
SHOW TEXT VERSION
PRINT TRANSCRIPT
Because there was, because the chap who did it was, you know, very well known for that procedure and he, you know, people just wanted to watch him at work. And I think I recall him saying that he said, "Oh, I've done this once or twice, but the last time I did it I had a manual with me," you know, joking with us.

It was great and it really put us at our ease. And you know, I'd hope the students would've taken some of that bedside manner away with them as well. But it was, I mean a lot - because of the interesting aspects of our particular case, a lot of the times we were seen by the specialists there were a lot of young doctors in the room who were, you know, learning. And we had no objections to it. And I think that it's important the next generation of doctors are able to, you know - if they get, you know, as good a care, if they give as good care as we got then, you know, the world's in safe hands.

The internet was a valuable source of information, and helped them identify questions to ask...

The internet was a valuable source of information, and helped them identify questions to ask...

View topic summary
SHOW TEXT VERSION
PRINT TRANSCRIPT
It was difficult, but you dust yourself off, you go home, you read up your books, you read the Internet, you know. And it's great because there is so much information out there. And you know, I think about if my parents had gone through something like this, you know, where would they get the information from?

I mean we're talking about thirty plus years ago. Where would they get that information from? You know, they'd have to rely on the doctors. And we're very lucky now that, you know, all of that information is literally at your finger tips, and we were able to read out - and I think you're able to then make informed choices.

Because you know, 'Ignorance is bliss' people say, but I just, you know, I think if you know, about what, you know, what's potentially happening to you, you're better placed to be able to make the decisions that are going to, you know, maybe affect the rest of your life.

Were there any points where you felt you needed more information that you didn't get at the right times?

I don't think so. I mean we, because we were going up to London quite a lot we were able to read up about things and ask the relevant questions to the doctors. So they were able to give us a good opinion at those particular junctures when we were having those scans, because we had the information at our finger tips.

You know, I don't think, I mean I think the doctors were, if you ask them straight questions they'll give you straight answers, you know. There's nothing to be gained for them, or for us, by them hiding information from you and being soft on you. And we knew from very early on what we were dealing with - as you say, from Down's to chromosomal defects to heart disorder.

We knew, and we read up about everything so we were able to go in and ask those questions. And I think if you're honest and straight with doctors they do, I mean our experience certainly shows that they were, they're very responsive and they will give you straight answers.

The hope that their son's heart defect could be treated kept them going.

The hope that their son's heart defect could be treated kept them going.

View topic summary
SHOW TEXT VERSION
PRINT TRANSCRIPT
I mean I suppose with Down's there's no way back - it's a condition and it's there. Whereas I think we were buoyed by the fact that children with heart problems - you know, anyone with a heart problem - you know, they do bounce back and you know the success rate is fantastic.

And I think I remember one of the doctors saying that, you know - I didn't quite ask, 'What would you do?' but I sort of almost inferred it. And I think the answer then was, "I know someone who had a ventricular septal defect thirty years ago. They had an operation and they're still walking around, they're fine.'

Now that's a great success story, and I'm sure there are other ones that don't go so well. But I was, you know, that gave me some hope that this is not completely a traumatic or terrible thing, because we can get over it. So they got into my head that medical science has moved on dramatically in thirty years, even in the last ten years, so you know, that kept me going, that personally, about my experience, that kept me going thinking that they can do some magic stuff now.

They can do some really incredible things. So you know that spurred me on, kept me going and kept - I think the most important thing was that we both kept believing. We wanted this so much that we just kept believing.

They felt lucky their son's heart condition was detected early, and would make the same screening...

They felt lucky their son's heart condition was detected early, and would make the same screening...

View topic summary
SHOW TEXT VERSION
PRINT TRANSCRIPT
I mean, you know, if there's one interesting thing that's come out of this you think that the technology that they can pick these things up is just amazing, and I think we feel like very lucky that that's been the case and we've been able, that they've picked it up so early at the sort of, you know, I suppose the tenth week of the pregnancy.

So, that has helped us. We got used to the idea that there was a problem. And I think you talk about antenatal screening, but a lot of parents don't find things like this out until the baby is born and the baby goes blue or something after birth. So we were very lucky because, in the loosest form of the word, but we were lucky because we knew for a long time. We had a lot of time to get used to it.

You said you're very grateful that you found out, so presumably next time, if there's a next time, would you make all the same screening decisions or is there anything you'd do differently?

I don't think so. I think we're probably now a special case because of what's happened to us before, so we'll come into the next time, having, not having to look so much stuff up. I think, I don't think we'd have changed any of the decisions we made. You know, we came to those decisions with all the facts at our finger tips, and I don't think we made a wrong decision, because we've got a wonderful son now out of it.

But we, I don't know, I just don't think we would've done. I think that knowledge to be able to make those decisions stood us in good stead and I just don't think we'd do anything differently. Maybe I'd encourage, you know, if there were another, a fetal scan, a cardio scan, that I would, I'd maybe ask them to expand a bit more.

You know, I wouldn't feel as intimidated maybe as you do when you go up to a big hospital in London about asking questions. So you know, I would certainly go in there with a attitude "I'd like to know this, this and this," and I think doctors respect that honesty.