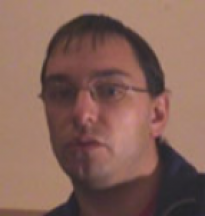 Was relieved that his wife had been given a diagnosis but worried about the long term prognosis.

Was relieved that his wife had been given a diagnosis but worried about the long term prognosis.

View topic summary
SHOW TEXT VERSION
PRINT TRANSCRIPT
How did you feel when she was diagnosed?

A mixture of feelings really. It was nice that, I was relieved in a way that they'd put their finger on what the problem was because we'd had this problem, on and off, for the 4 or 5 years that we'd been married and nobody had seemed to be able to find out what it was that was wrong. They'd done all sorts of tests and x-rays and radio-active bone scans on her wrists and various things to try and sort out what the problem was and nobody had seemed to be able to come up with any conclusive answer. So, it was great in a way that something had been diagnosed and we now had, we now knew what the problem was and there were ways of treating it.

I was obviously quite concerned as well because to be diagnosed with arthritis when you're 27 is quite scary, really you know. You still stereotypically associate arthritis with old age, you know it's one of those things, so that was quite worrying. I was quite concerned about what the long-term sort of prognosis was. But having spoken to the doctors and stuff and that put our minds at rest. And there is a long-term sort of you can go into remission with it and things like that, which was very comforting to know. But I was quite worried, you know.

You know with a 2, 18 month old daughter and to be diagnosed with arthritis and the sort of, and the problems that can lead to with mobility and reduced mobility, it's kind of worrying. As I say, with the reaction we've had to the drug therapy, it's actually dramatically improved [wife's name]'s quality of life and our quality of life as a family as well. So you know, we're very happy that it's been diagnosed [laughing] as somebody's been able to do something about it and been able to sort the problem out.

Believes you should get as much information as you can.

Believes you should get as much information as you can.

View topic summary
SHOW TEXT VERSION
PRINT TRANSCRIPT
I'm a great believer in information is power, you know. If you know what, what's going on you can get a handle on it and I'm a firm believer in that and the more information you can get about a particular issue or subject that's concerning you, the more idea you have about it, the more understanding. I think the worst thing you can do is just make assumptions or just go on, along in your own ignorance thinking you know what's going on and not actually knowing a hundred percent.

So as soon as my wife was diagnosed with it, I was out there on the Web or trying to get as much information and trying to assimilate as much information about the condition as possible and understand what was going on and what the long-term effects might be. Just so that I was prepared for what was going to be happening or what might happen. So that I could be as aware of what [wife's name], my wife was going through and understanding what she was facing because if I didn't know what she was going through there was no way I was going to be any help to her so, you have to, you have to know that stuff, so. Again, this web-site is a cracking idea for making that information available to other people who are facing similar situations. It's a great resource.

I think since it's been diagnosed, obviously, when it was first diagnosed, and like myself, she was quite worried and quite concerned about what it might mean and what the future might be. But again, having got some information and looked into it, you know and done some research and got some understanding of what it all means I think she's been a bit more positive.

Helps his partner with child care as much as he can when he's not at work.

Helps his partner with child care as much as he can when he's not at work.

View topic summary
SHOW TEXT VERSION
PRINT TRANSCRIPT
And it's been juggling that work/life balance and needing to be around at home for [wife's name] with our daughter when things weren't particularly good, you know, because she was finding it very difficult and finding it very tiring to look after her during the day. But we've, we developed a system and most people do, you know of how, how we do things.

So for instance I'd sort of come home, and I mean I used to joke about because my wife was a nanny before, before she got pregnant and she, we used to joke about having the hand-over period. I'd come home from work and she'd hand me my daughter and say, 'right, she's done this, this and this' and go off and lie down and rest. You know it was a bit like a nanny signing off from work so it was quite amusing.

But that was the way we developed, that was the system we developed to help. She'd cope with our daughter during the day and looked after her during the day when I was at work and then I'd come home and I would take over for the evening, sort of bath, bed, story routine before getting her to bed. And I used to do the early morning, get up, give her first bottle and get her up and about before going off to work. And that's really how we coped

First thing in the morning, getting her up and then the evenings with the bath and bed routine and it's fantastic. It gives me good time with my daughter which has been great and that's really what's got me through, you know because it has been hard, obviously, working an 8/10 hour day sometimes you know. It's been quite difficult to juggle work and home life and that's been probably the biggest strain on me.

Was trying to get that balance  with a job that demands as much time as I can give it and I could be working 10/12 hour days without batting an eyelid and there are people in my office that do that. I wonder whether they ever see their family but for me family is a lot more important than my job so  my family always came first. That's always been important for me and will always remain that way.

So yes, I have good days and I have bad days, you know sometimes I come home from work and I'm absolutely shattered, I've had a long day, I've been in meetings and then I've got to take over looking after [daughter] and she's in a miserable mood because she's teething and it can be, it can be very difficult. And those are the really low points but other days, if I've had a tough day at work and I come home and [daughter]'s in a great mood and it just cheers me up, you know. I come home and she just makes me laugh and that's a great end to the day and that's, that's really the bonus for me.

Yes, and helping my wife out as well so that she can have a more relaxing time at the weekends. So I tend to do a lot more of the child care at weekends, which is fine. I enjoy it most of the time but sometimes there are times when you just want to go off and do your own things. All the guys are off out in the evenings and stuff like that and I haven't been able to join in and, particularly I found that quite difficult.

Supports his wife and feels being flexible is the way to cope with her changing abilities.

Supports his wife and feels being flexible is the way to cope with her changing abilities.

View topic summary
SHOW TEXT VERSION
PRINT TRANSCRIPT
And yes, perhaps my wife is a little bit more dependent on me for certain things but, certainly now, since she's been diagnosed and things have improved so much, that has certainly become less and less. And in fact now we've changed our routine again slightly so we tend to eat early evening so I come home from work and [wife's name], my wife, will have cooked already. And we all sit down together as a family and eat rather than her just cooking for my daughter and then me putting her to bed and then me cooking and we eating later in the evening. We tend to now eat all together as a family, which is great, and really good fun and I love it.

But it's only recently that my wife has felt able to, to actually do that, and feel confident with her mobility and, and abilities to do that. So, so that's been a benefit, of it being diagnosed and going on the drugs really. So it's been a flip, there's been a flip round from, from before where my wife was quite dependent on me doing a lot of the cooking, which was fine because I was used to it anyway, to her now doing quite a bit and me being able to come home from work and not have to have to worry about it too much. And it gives us more time in the evening then, because everything's all done and dusted before our daughter goes to bed so as soon as she's in bed we're able to get on and do things that we want to do together in the evening.

But it sounds as though you've been able to be quite flexible?

Yes, and I think you have to be. You can't be too rigid about these things because you have to take every day as it comes. And certainly with, with the way my wife has been, some days are good days and some days are bad days. Today, fortunately, she hasn't too bad but these cold days can be, she finds quite difficult and I know that if it's been a cold day, that she'll have probably had, found it quite a struggle because it effects her. So I know, in the back of my mind, that yeah I'm probably going to have to do more when I come home but I'm fine, I'm flexible with that. Just get on with your life, don't you? You have to do what you have to do and I don't mind. You know it's, I've always been quite adaptable at dealing with situations and I feel, just feel, you have to, really.