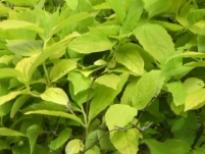 Age at interview: 19
Age at diagnosis: 16
Brief Outline: Max was diagnosed with schizophrenia and was in hospital for over a year.
Background: Max is single and is mixed race.

While in hospital Max experienced difficult delusions about one of the staff there. His thoughts were very disordered and he became confused when staff used two names to refer to a member of staff who spent a lot of time with him – her full name and her nickname. Max imagined that they were referring to two different people, and imagined one of the names referred to the staff member’s father. He believed that the staff member and her father were making him unwell. He felt he had no control over what was happening.

Acting out of fear, he lost control and clearly remembers “going after” the member of staff. He was quickly surrounded by other staff who pulled him away and put him in a de-escalation room. Although the member of staff was not hurt, he thinks his actions “shocked” her and he realised what he had done and “hated” himself. He tried to punch himself because what he was done was the opposite to his normal behaviour.

He thinks this isn’t uncommon. He remembers a friend of his, who was mentally ill and had visual hallucinations, hitting him because she thought he was someone else. Once she realised what she had done she hid because she felt guilty about what she had done. He thinks that you have to be understanding with people who have psychosis.

Max describes having a delusion in hospital and trying to go after a member of staff. He was put in a ‘de-escalation room’ and began pulling his own hair out.

Max describes having a delusion in hospital and trying to go after a member of staff. He was put in a ‘de-escalation room’ and began pulling his own hair out.

View topic summary
HIDE TEXT
PRINT TRANSCRIPT
I had delusions that one of because there was - I'm going to say the names - there was one of the workers that I got along really well with, was called [name] but that was like a shortened name for [full name] and in my head there was - they were two separate people.
And obviously being a worker, having a nickname and having a real name, people use, the same person, for the same name.

And I thought she was doing it, and it was going to do something to me. I lost control. I went after her, and it’s not something I’d have done. And I think if any other person done that, or even if I did that and I wasn’t ill, they'd have control over their own actions, they - and it’s not acceptable, and that wouldn’t ever happen. I, I think I - it was more fear than anything else. There was no severe, any bad, serious damage. I think it shocked her quite a lot, and I had about four or five staff around me, pulling me away. I went to the de-escalation room, and then I starting realising what I was doing. I was, I was literally hitting my head. And I was basically trying to punch myself, because it’s the complete opposite of my personality. I’ve, I’ve always done things. I’ve got a group on Facebook with a couple of hundred people who struggle. I’m always trying to support people, and I just really hated myself for it. I was literally pulling hair out. So I would get bits of hair in my hand, I was pulling my hair. And by the time I left the de-escalation room I had lumps in my head. And even though you couldn’t see the hair missing there I, I lost control.

Max thinks family and friends need to be more accepting of how people are when they are experiencing psychosis.

Max thinks family and friends need to be more accepting of how people are when they are experiencing psychosis.

View topic summary
HIDE TEXT
PRINT TRANSCRIPT
I think for friends, family, relatives, when they - have struggled with mental health difficulties. I think people need to be more accepting. And, obviously if the, yeah. I think people need to be more accepting. Because even if it’s prolonged and they’re still doing things that’s not right. They need to be told that it’s not right, and they need to, deal with their actions. And that if it happens in any other, other scenario, there will be consequences. But I think when someone is mentally ill. Let’s say you’ve, you believe that you’re going to go insane, and the only way you can prevent that is by getting some leverage over someone else. I’ve had a ex who was mentally ill. And she lost control of her actions, and she hit me. Not that hard, but she hit me. And then she went behind the tree, behind a tree, like she was - she didn’t want to go near me, because she was guilty of her actions, and she thought I was someone else, because she was seeing things. I think, when someone is mentally ill, they do things that they wouldn’t normally do. That was probably the main things that happened when I was at that ward.
Previous Page
Next Page