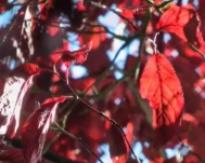 Stacey found out she was pregnant two weeks after spending the evening with someone she knows. She was surprised because she’d been diagnosed with polycystic ovarian syndrome and worried about telling her family. They were fine about it and her mum and sister will be her birthing partners.

Stacey would like a natural birth if possible and does not plan to breastfeed because she has read online it is painful. She has experienced some sickness, nosebleeds and migraines.

Stacey does not like her current midwife who she finds overly nosey and doesn’t smile much. She’d prefer a younger midwife who was interested in her pregnancy rather than her private life. She gets information from her mum and nan and doesn’t always understand what the doctor is telling her. She doesn’t look for too much information online in case it scares her. She has attended a baby group and children’s centre. Stacey looked after a Real Care Baby for three days and nights (a simulation baby) and scored highly overall.

Stacey has four hours of care a week from a care agency. The support worker helps her with bills, takes her to appointments and other chores. This may increase when the baby is born. Stacey is having a baby boy.

Stacey did not think she could get pregnant because of polycystic ovaries and worried about telling her family.

Stacey did not think she could get pregnant because of polycystic ovaries and worried about telling her family.

View topic summary
SHOW TEXT VERSION
PRINT TRANSCRIPT
And then did you feel - when did you start to think you might be pregnant?

I took a test two weeks after we had sex, because I knew I didn't come on then, when I was supposed to come on.

Can you remember how you felt?

Shocked. Because I've been diagnosed with POS, so. Yeah.

So then what did you do? You went to the chemist, bought the test?

Yeah, yeah. And I had to go to the doctors surgery and they had to do another test. And, yeah. Came back.

And what did you feel? Can you remember? Came back here?

Kind of surprised. Bit worried about telling my family and that.

So when did you tell them?

The day, day before Christmas. 24th.

When did you do the test then?

It would be on my phone, because I took a picture of it [laugh]. [Pause whilst checking phone] 20th December.

And it said I was one to two weeks, yeah.

Yeah. And were they - how did your family take it?

Not as I would have expected. My Grandad still doesn't like the idea, he still talked to me about it over the weekend. But everybody else seems to be fine with it, it's just him.

View topic summary
SHOW TEXT VERSION
PRINT TRANSCRIPT
A Real Care Baby. None of the women we've spoken to so far have had this experience.

I've done something like this at college, just for a day, so.

Can you tell us about it, because I'm –

It's, it's much heavier than a baby.

Yeah. And you can't bath it, because otherwise –

Oh, you get electrocuted. Because it's got electric in it. You can't stick it in a fridge, like someone - like someone - [Name] said that someone that she went to school with did it, and put it in the fridge. And then it stopped working, so.

You've got to attend to its needs.

So you did it at college before you got pregnant?

Yeah, I did it at college, in the last year.

And then you had it for three days?

And you were here on your own?

Right. So how did you know what to do?

Okay. And then when it stops crying –

And then you can put the baby down?

Stacey uses Google to find information or asks the doctor to write things down so she can ask her family to help her to understand it.

Stacey uses Google to find information or asks the doctor to write things down so she can ask her family to help her to understand it.

View topic summary
SHOW TEXT VERSION
PRINT TRANSCRIPT
And has she given you anything like in writing? Any information about being pregnant, or?

I normally just look online. On Google, and just find out, find out myself.

What sort of sites would you use?

Just any. Sometimes the NHS, just depends what comes up first.

Is there any site in particular that you've found useful?

And have they all been accessible enough, like with easy-read versions of –

Yeah. Or sometimes I normally ask my sister or my Mum, because obviously my sister's been pregnant. Well, she's got a 3 year old son now, so she knows more about it.

Would you want them to write down something for you to take away and read?

Yeah, they - yeah, sometimes. Like if - because of, well. Sometimes like when there's something at the doctors, they normally write it on a bit of paper and then I normally give it to Mum and she, she tells me it. She explains it to me, because she's a nurse so she understands most things. So it's easier that way.

“Just talk to me more about pregnancy”, says Stacey.

“Just talk to me more about pregnancy”, says Stacey.

View topic summary
SHOW TEXT VERSION
PRINT TRANSCRIPT
If you could wave a magic wand, with that midwife in [Town], and actually - "Okay, I want you to be like this." What would it be?

Just be more un-bossy, un-nosey. Just talk to me more about pregnancy. And actually smile [laugh].