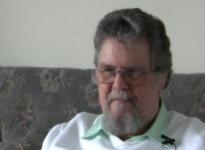 Age at interview: 65
Brief Outline: Roger became involved in PPI in 2006 when his wife died from Motor Neurone Disease (MND). He was keen to help other people who shared similar experiences and felt that becoming involved in research was the best way to do this.
Background: Roger is a widower who has five grown-up children. He is retired, but used to work in transport for people with special needs. Ethnic background: White English.

Roger became involved in PPI after his wife died of Motor Neuron Disease (MND). He had cared for her throughout her illness, and wanted to use this experience to make improvements for other people with MND and their carers. He felt that getting involved in research was the way to do this.

When he started as a lay representative, Roger found it difficult to grasp the language and jargon professionals used. But he felt it was important to make an effort to understand, and soon began to use the same shorthand and jargon because it made it easier to communicate about complex subjects. He received training in understanding research through organisations like the Dementia and Neurodegenerative Diseases Research Organisations Network (DeNDRon), and has also educated himself using the internet and asking questions of the health and social care professionals he has worked with.

In the beginning he felt intimidated by the experts he was working with, but soon noticed he could contribute by advising them of the everyday concerns of people with MND and their families. He also realised that the issues he is concerned with in MND apply to other conditions, and wants to share knowledge to make improvements for patients and their families. Roger said he will do whatever it takes to make improvements for others, but he finds public speaking difficult. He has been working with smaller groups and hopes this will improve his confidence so he can take his message to bigger audiences.

Over the years, Roger has noticed a change in the way professionals see lay representatives; they now more readily acknowledge the contribution PPI makes to health research. He has also noticed a shift in how optimistic researchers and health and social care professionals are about finding a cure for MND. Roger is keen to become involved in research that will change the National Service Framework concerning standards of care for people with MND. He was involved in a funding application for a study that had the potential to do this, but the bid wasn’t successful. He thinks the proposed research was good, but that the application wasn’t presented well enough, so it needs to be reworked and another source of funding found.

According to Roger, PPI offers a difference perspective to health research. He said, “We need the doctor, the scientist, the PPI. We need a team, and it’s a team effort that will eventually yield the results”. He described his PPI experience as both frustrating and satisfying because even small changes take a long time and a lot of effort to make. But it has been healing for him and is helping him make sense of the tragedy of his wife’s suffering and death. If he can help just one person – a researcher, a student or another family – it will make some sense. He encourages other people to get involved in PPI.

After his wife’s death from motor neurone disease, Roger A wanted to do something to make sense of a tragedy. Research seemed the obvious route.

After his wife’s death from motor neurone disease, Roger A wanted to do something to make sense of a tragedy. Research seemed the obvious route.

View topic summary
SHOW TEXT VERSION
PRINT TRANSCRIPT
In 2006 my wife died from motor neurone disease. Motor neurone disease affects the nerves leaving the brain to the various muscle groups of the body. It affects their ability to speak, to walk, to touch, to swallow, and eventually to breathe.

Most people have never heard of motor neurone disease, and most health and social care professionals may only ever encounter it once or twice in an entire medical career. It’s been known about for 140 years plus, yet still we do not know the cause. There is no cure. There is no effective treatment, and it is 100% fatal.

I was devastated. I wanted to do something. And it seems to me that the only way is through research.

It gives me healing. It makes sense, or helps to try and make sense of a tragedy. If I can help other families to not suffer the heartaches that I’ve been through, it’s got to be worth it.

Roger A has had some training through a research network. The biggest difficulty is dealing with jargon.

Roger A has had some training through a research network. The biggest difficulty is dealing with jargon.

View topic summary
SHOW TEXT VERSION
PRINT TRANSCRIPT
I have also had the opportunities to do various training courses with DeNDRoN and any others that come along and I now see that where they were once few and far between if you wait long enough and three or four will come along at once. And that’s starting to happen now. I have I think the next one’s two or three that I will be looking through DeNDRoN and there’s also an offer of one through my local Community Health Care, NHS Foundation Trust that is also offering a training course to lay patients.

I think they call it the Lay Patients Programme. But…

What sort of… what did you learn? What was the kind of syllabus of these training courses? And who was on them with you?

The biggest difficulty, I think, for the lay person is to go into a very rarefied, very academic environment and learn the language. To try and coax the social and health care professional to speak in good plain English. Jargon is terrible but at the same time, you do, because it’s a complex subject you do need a shorthand, so it’s almost like learning another language in some instances. I’ve got a favourite expression is that looking at some of the documentation within research is like trying to read a Polish opticians eye chart.

Roger A is ‘just an ordinary chap’ - but he is also an expert in caring for someone with motor neurone disease.

Roger A is ‘just an ordinary chap’ - but he is also an expert in caring for someone with motor neurone disease.

View topic summary
SHOW TEXT VERSION
PRINT TRANSCRIPT
I mean not surprisingly, in the early days you feel intimidated. This is someone eminently qualified, superb, some of the, some of the finest minds around. And I’m just an ordinary chap. But, I am an expert in my field, as a carer. I have a contribution and I’ve learned that they actually appreciate and value and respect that contribution. And sometimes, the academic can actually get so wrapped up in the academic side of things, they sometimes miss the fairly obvious, ordinary, everyday common sense answer.

I think that’s why my work with the local group of the national charity is important. It keeps me in touch with ordinary people, with carers, families, friends, with the people with the disease. I go out with the, with the group to coffee mornings, to hospices and places like that and meet people with the disease frequently. It also means that I have probably met more people with motor neurone disease then most social health care professionals will ever see. So that gives me an expertise.

Paying people for their involvement gives them equal value and status. People can donate what they’re paid to charity if they wish.

Paying people for their involvement gives them equal value and status. People can donate what they’re paid to charity if they wish.

View topic summary
SHOW TEXT VERSION
PRINT TRANSCRIPT
I think payment is an important point. And I think, I think I’ll say two things about payments. Everybody around the table are supposed to be equal contributors. If everybody around the table except one is getting paid to be there, that isn’t right. Hence, now more and more PPIs are being paid for time. And I understand the form we’ve used is commensurate with that of a junior hospital consultant. That’s fair. That’s reasonable.

Now if the PPI doesn’t want payment, wants to do it out of generosity, considers it part of their moral duty to bring their experience to the table, then they can take that payment and donate it to somebody like the Motor Neurone Disease Association and as taxpayers they can gift aid it. So the charity receives 28p in the pound. So take the payment and if you don’t want to keep it, give it to your favourite charity.

Do you think if there was an element of payment we would get a greater reflection of British society if there was..?

I go… London, Newcastle, Sheffield, Leeds. I’ve been to Southampton. Universities and hospitals and other things. I need, as an ordinary person, if I’m going to do that, I need help. I’m not in it for the profit, I’m here to try and to something. But money’s helpful. It pays for train tickets. It buys petrol.

So in that way it wouldn’t detract, it’s something that you can…?

No. It would enable. And also it gives, I think it gives the PPI some, some status or credibility. You’re not here under sufferance, you’re not being tolerated. You’re valued. We’ll pay you to be here. That’s how much we want to hear what you’ve got to say. And I think that’s a good message, not only to the PPI but to the people listening to the PPI.
Previous Page
Next Page