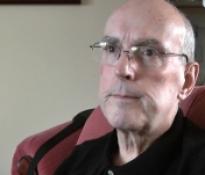 Age at interview: 65
Brief Outline: Dave became involved in PPI in health research around three years ago after he was diagnosed with cancer.
Background: Dave is a retired vehicle delivery driver. He is married and has two grown-up children, aged 44 and 42, and three grandchildren. Ethnic background: White/English.

After he’d been diagnosed with oesophageal cancer, Dave decided to get involved in PPI in health research because he wanted to give something back for the cancer treatment he received. He was invited to become a member of a new consumer research panel. The other members come from a variety of backgrounds and have had different types of cancer, but they have found it difficult to get younger people involved.

As well as allowing him to give back to the NHS for the cancer treatment he received, Dave feels he benefits from PPI because it helps keep his mind active now that he is retired. He has met a lot of new people and feels good about helping others. His involvement in PPI includes reviewing research proposals and patient information sheets. He has also been invited to co-author a publication with a researcher, but isn’t sure what this might involve. He is especially concerned with ensuring that information sheets are written in plain English. He has been involved in organising open events to publicise and encourage researchers to use the panel. He has spoken at these events, and fielded questions from researchers and clinicians about what they can expect from the panel. The panel is becoming more well-known and has begun to receive positive feedback from the researchers they’ve worked with. They are trying to appoint a researcher, who they can call upon to answer their queries about the research they are asked to review.

Researchers sometimes come along to meetings to present research to the panel and some have shown graphic pictures of tumours. Dave said these can be scary to look at, but he thinks this level of detail is necessary because it reminds everyone why they’re there and stops them becoming blasé about being involved in health research. He feels his battle with cancer has prepared him to cope with anything.

Dave thinks involving patients and members of the public in health research makes it more credible and may make people more likely to take part. He thinks the public needs to become more educated about research and the need to participate in it. He thinks involving patient and public representatives in research may improve public understanding. His main reason for taking part in PPI is to make a difference and improve things for the future. He would encourage others to get involved in it.

After having cancer Dave X needed something to do and keep his mind active. He has enjoyed meeting new people and feeling he’s making a difference.

After having cancer Dave X needed something to do and keep his mind active. He has enjoyed meeting new people and feeling he’s making a difference.

View topic summary
SHOW TEXT VERSION
EMBED CODE
PRINT TRANSCRIPT
And coming back to your reasons for getting involved in PPI; you wanted to give back…

After your experience of cancer; but is that your main motivation or your only motivation for taking part in PPI?

It's definitely the main motivation but after I'd gone through my, my particular dance with cancer I couldn't, you know, I mean I was stuck in this chair basically for quite a while. I'd go out and try and walk a bit but then it was in the December of 2009 and we had snow and there was no way I could go out and walk on the snow. And I needed to get involved in something, and it's, you know it wasn't planned to go into PPI as I have done. Because my knowledge of everything involved was remote, you know. I'd come from a totally different background and suddenly I'm aware of the NHS and the medical stuff and everything and I'm sat here. The alternative to getting involved in something would have been to sit here and watch Jeremy Kyle and oh no. I accidentally saw some of that once! You've got to keep doing something, you've got to keep your mind going otherwise you might as well just give up. And I'm probably busier now than I have been for years, mentally which is great. I'm using my brain and I enjoy it. Plus I get the satisfaction of knowing that I'm actually helping to make a difference for the future. It's not going to help me in my condition, but it might help people further down the line which is what it's all about for me.

And are there any other personal benefits that you get from it?

I've met an awful lot of new people, nice people, yourself included. My outlook on the NHS has changed; I'll defend it tooth and nail. I know there are things that need improving, but hopefully with what I'm doing with other things that I'm doing, you know, we're helping to make sure things do improve. But yeah, meeting, meeting new people's been great; made some good friends, people I perhaps wouldn't have met in the normal course of events.

Some of the things researchers present can be scary, but it’s necessary because otherwise you could get a bit blasé.

Some of the things researchers present can be scary, but it’s necessary because otherwise you could get a bit blasé.

View topic summary
SHOW TEXT VERSION
EMBED CODE
PRINT TRANSCRIPT
We've had people come in and we get researchers come in to talk to us and tell us what they're going to do. Sometimes what they're doing, they're explaining their research and they'll bring PowerPoints in and some of it is very cringe-making for lay people, stuff you may not really want to look at on the screen. Some of it's scary. But they come in and they give us an overview of why they're doing that particular research, which makes sense; they want to improve the outcome for patients at the end of the day.

And when researchers come to your meetings and they show things that are cringe making or, you know, things that you don't want to see, what, what do you mean by that?

Well we had one recently and it was to do with head and neck cancers I think. And he showed us some slides of some pretty horrendous looking tumours and that and… Something I'd rather not see to be honest, but it nails home, you know, why crikey we need to do something to stop this sort of thing happening or at least give best outcomes for that patient.

And do you think that that was necessary?

Yes I do because you could always get to be a bit blasé about the whole thing if you're not careful, and it's good every now and then to be brought back down to earth and see, you know, what, what it's all about really. So this, this is purely obviously for cancer research. Other research areas I imagine would be pretty much the same. You need to know every now and then why you're doing it.

Dave X hopes to continue learning and being involved, but sometimes people lose perspective and need to stop.

Dave X hopes to continue learning and being involved, but sometimes people lose perspective and need to stop.

View topic summary
SHOW TEXT VERSION
EMBED CODE
PRINT TRANSCRIPT
And do you think there's a point at which lay members or people like yourself, users, is there a point where you'll be too expert in all of this to give a lay perspective or PPI perspective?

Yes I do. I hope I never reach it but I have seen people not actually on the, on the research side, but lay people who have become simplistically too big for their boots and there needs to be a safety mechanism where someone who gets like that is gently removed. They don't, they cease to be objective, they think they know it all and that's dangerous in my opinion for various reasons. And I hope that I continue on the path of learning all the time, and again it comes back to that two ears, one mouth: listening and learning all the time. But I do see that it, it can, in certain instances become a danger.
Previous Page
Next Page