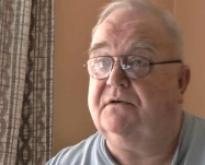 Age at interview: 66
Brief Outline: He had a stroke whilst at work and was diagnosed with diabetes “around the same time”. He has a stent in his head to prevent further strokes. He had a knee replacement operation about 9 years ago.
Background: Jeffrey is single and a retired technician. Ethnic Background: White.

Following a stroke, Jeffery was told he would have to take tablets for the rest of his life. He has to take another medicine to counter possible side-effects (stomach problems) of taking aspirin. In relation to other drugs, he says: “Sometimes you feel a little giddiness with the thing, but I was told that that might happen because of the nature of the tablets.” He changed his diet following a diabetes diagnosis.

Jeffery describes a “wonderful” relationship with his GP. He is satisfied with his care because the doctor is attentive, “the tablets are working;” and “there’s been no repercussions.” He trusts the GP to make medical decisions for him and follows medical advice religiously.

His advice for other patients is:
“Well, if, like me, they have diabetes and they’ve had a stroke and they’re taking, and they’re told about taking tablets, don’t disregard the advice given to you by the nurses, the doctors and your GP.  They’re there to save your life and if you follow the instructions, you will be okay.”

Jeffrey has never had any repercussions from the tablets prescribed by his GP, which are seen to be working perfectly. He is very happy with his GP as a result.

Jeffrey has never had any repercussions from the tablets prescribed by his GP, which are seen to be working perfectly. He is very happy with his GP as a result.

View topic summary
SHOW TEXT VERSION
EMBED CODE
PRINT TRANSCRIPT
And this is a bit of a funny question, but how do you know that you’re happy with the care that you’ve received?

How do I know?

Because the tablets that I’ve got, there’s been, [tapping sound] touch wood, there’s been no repercussions of anything else like it. The tablets are working and I’m happy with everything as it is. I would never change my GP at all. If I was somewhere else in the country, I’d ask her, pay for her to come down and do it where I was, see [laughs]. I really would. She is lovely, she really is.

Jeffrey does not get any help around the house but he pays for a cleaner as his father used to do.

Jeffrey does not get any help around the house but he pays for a cleaner as his father used to do.

View topic summary
SHOW TEXT VERSION
EMBED CODE
PRINT TRANSCRIPT
Okay and in terms of the amount of help that you get, would you say that that’s about right or would you like more support from the GP or?

Oh no, I think the GP is very, very good. I just, you know, I don’t have any home help or anything else. I don’t need that you see. I hope I never do have to get any of it. [Cleaner] who I talked about is on the form, I she comes in Tuesday and she’ll be in again Friday. There’s a there’s a small amount paying for her services, which is understandable. It’s what my father used to do so I’m doing exactly the same and she’s a lovely person.
Previous Page
Next Page