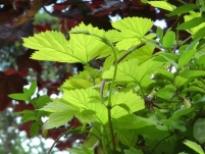 Brief Outline: At the time of Kareena and Raj’s first pregnancy they were aged 29 and 30. Kareena experienced heavy bleeding from 16 weeks and went into labour at 21 weeks of pregnancy. Their son was born alive but died shortly after birth.
Background: Kareena and Raj are married. Kareena is 29 and is a teacher. Raj is 30 and works as a council technician.

Kareenaand Rajhad been trying to conceive for a while. They were delighted to find out Kareena was pregnant after starting fertility treatment. Everything progressed well with the pregnancy until 16 weeks. Kareena started bleeding heavily and was admitted to hospital several times over the next four weeks. Scans showed their baby was not in distress but the doctors could not find a cause for the bleeding. Kareena and Raj found this time very difficult, particularly as they felt there was very little communication from doctors and midwives about what was happening. At 21 weeks Kareena started having back pain along with the bleeding. They were told her labour had started and that there was nothing the doctors could do as their baby would be too young to survive. Kareena and Raj were moved to a bereavement suite to give birth which they really appreciated as it was much more comfortable and private for them. Their son was born alive but died shortly after birth. At first Kareena and Raj felt that they would find it too hard to see and hold their baby. But after talking together they changed their minds and were really pleased that they spent time with him. They were given a memory box by the midwives which they found comforting as it held memories of his short life. There was a funeral held for their son, but they chose not to attend.

As their son was born alive and died after birth, Kareena and Raj had to register his birth and death. Although Kareena was entitled to maternity leave, she thought she would want to return quickly so she just took sick leave from work. But as a primary school teacher, returning to her work with young children was very difficult. Raj also took sick leave from work which he found helpful. At the time of the interview it was 5 months after their son’s death, and they were both thinking about taking up offers of counselling. Talking to each other has also been really valuable and family and friends have been really supportive. At the time of the interview Kareena and Raj were undergoing fertility treatment to try for another baby.

Kareena found it really upsetting being in hospital on a ward with new born babies around her.

Kareena found it really upsetting being in hospital on a ward with new born babies around her.

View topic summary
HIDE TEXT
PRINT TRANSCRIPT
Kareena:  One thing that did really upset me was when I was in hospital, a couple of the times that I was in, I was in the ward where the newborns were. So where the mums had just had the babies, we were - well, I was in that ward. But obviously that's not down to the nurses or the midwives, that's literally just a staffing issue, there's no –

Kareena:  There's no beds, there's nowhere you can go, really.

But that I found really, really difficult.

Because at that stage I was like 'I have no idea what's happening with my baby, and I'm surrounded by new mums and their new babies'. So it was very, yeah, that was tough. But it's like I said, it's not the nurses' fault, or the midwives, it's just - . At the [Trust name], they have got another ward, but if they've not got enough people to staff it, then they can't keep it open.

So I was there once. But then after that I wasn't there again. But just being surrounded by that, was very difficult.

Kareena and Raj really valued the care and support their midwife gave them.

Kareena and Raj really valued the care and support their midwife gave them.

Raj: Yeah, she did everything she could to make us comfortable.

She brought extra little things for myself, like brought extra sheets, and brought sandwiches, You know, stuff physically that you can't really do in a bad situation. But you know, if there's food ready there, I don't have to keep walking up and asking, "Can I have a sandwich?" Or "Can I get some water?" It was just there, topped up. So it was like just in the background –

Kareena: Yeah. It helped, because it meant that Raj didn't have to leave me to then go and get some water, or anything like that. It meant that he could stay with me, and he could still have a drink, or something to eat. Because it was quite a long time that we were there, so that sort of stuff really helped. And even when she was talking to me and saying you know, "You can do this, and" - because I couldn't have the epidural because they said it might make the infection worse. So they said with the sepsis already going on, it's best not to have it. And then I couldn't have the gas and air, because it was making me feel sick. So they'd given me something else before, but that had worn off. And there was only so much that they could give me, so. She was really helpful.
Previous Page
Next Page