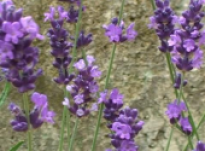 Age at interview: 59
Age at diagnosis: 52
Brief Outline: Janet was diagnosed with colon cancer in 2003, and underwent an ileostomy, chemotherapy and radiotherapy. She was diagnosed with dermatomyositis following her cancer.
Background: Janet is a part-time charity worker and divorced. Ethnic Background: White British.

Janet was diagnosed with cancer in 2003 following a difficult and delayed diagnosis, as the consultant did not recognise that it was cancer. She was then diagnosed with dermatomyositis, which is a lupus spectrum disorder and may have caused the cancer. She is now working part-time as a charity worker, which is fulfilling and allows her to work with other people.
At the time of her cancer, she underwent an ileostomy (now reversed), radiotherapy and chemotherapy. She received good support from a stoma nurse before her ileostomy was reversed. She is receiving 5 yearly colonscopies, which she finds reassuring.
Going through cancer was a life and death situation which has helped put her life into perspective. Although she doesn’t think about cancer much nowadays, she is pleased to have gotten through the experience under her own steam, and feels that it was a personal accomplishment to have been through it.
She has used shiatsu, Swedish massage, and Bowen technique to help her recently, but this wasn’t covered by the NHS. Hypnotherapy was especially helpful around the time of her bowel operations to help her manage anxiety.

Well, yeah, I mean you just, you have a lot of wind and you have to go to the loo sometimes quite often. Some people would find that cripplingly embarrassing. Frankly, I don’t, because I figure if people can’t hack it, we’re all human, you know, they’re probably not worth knowing. So I don’t worry about it but I have to say it has got better. I mean there would be a time when if I had a meal at lunchtime or something I’d spend the rest of the afternoon on the loo, whereas it’s more manageable. But you do have slight symptoms, well, sort of typical gut problems, symptoms where you alternate between diarrhoea and constipation, and that’s very, I think that’s very typical with any kind of gut problems, but that’s what I’ve found.

A friend had a non aggressive tumour removed and has the exactly the same problems, you know. And I mean you can let it stop your life or embarrass you horribly or whatever, or you can get on with it, you know, and as far as I’m concerned, I mean if people aren’t bothered by it, and certainly my friends aren’t, and I’m not either.

Janet no longer counts one woman as a close friend since she failed to support her through her...

Janet no longer counts one woman as a close friend since she failed to support her through her...

So just reflecting on that, do you think having had cancer has affected any of your friendships or personal relationships?

I think it makes you know who’s really there for you, if I can use a horrible cliché, you know. One or two friends couldn’t cope with it and one or two friends over-empathised and I had to say, “Look. Go away until later please”. But, you know, one friend I thought I would be able to lean on and she just kept on saying she’d be there and then absenting herself, and eventually I said to her, “Look. You can’t cope with this. I recognise it. You recognise it if you’re honest, so let’s just not see each other until I’m better”. And I mean, you know, we’ve still got a friendship but I know how far that friendship goes, and I don’t condemn her, because that’s the way she is. But, you know, if you measure friends by how much they support you when you’re in times of trouble, you know, she’s not on the first rung, if you like. But a lot of people did, and a lot of people were surprisingly helpful who I, you know, hadn’t expected the help to come from.

I had had the experience before I was diagnosed of working with someone who’s also self-employed, who died of cancer, and I could see he was just refusing to adapt to his illness in any way. He was giving himself impossible work schedules. He was drinking loads of red wine, which is bad for the liver, which is already getting a caning because you’re having these toxic drugs. You know, I mean he was doing absolutely not a, changing his lifestyle in any way such that he was sort of being constructive about getting better, and I couldn’t understand it. I mean I didn’t nag him about it because that was his choice, but I thought, “Well, you know, that’s absolutely not how not to get better”. I mean, you know, I’d had living proof of it, if you like, or dying proof of it.

And so I did things like give up alcohol completely, make sure my food was really good. I didn’t take buckets and buckets of additional supplements as some people do.
And you also mentioned about changing your diet and what you drank or didn’t drink.
[mm mm]
And is that something that you’re still doing now or was that something…?
Yes, well, I was doing it before to some extent. I mean I had what I think most of my friends regarded as a healthy diet but I consciously, I sometimes had cash flow problems so I would tend to skimp on what I’d spent in the supermarket, perhaps not buy the best quality things and so on, buy good stuff but not the best quality. And I started, I consciously started to buy organic milk, for example and, you know, because it would, you know, have less, I mean whether this is true or not, I don’t know, you know, one of those urban myths, but I figured it might have less sort of hormones and things like that in it, you know, which might not be all that good for me. So I started buying organic things. I started, as I say, I gave up alcohol altogether for two years. I still wouldn’t drink red wine because I know it just doesn’t do for my body anymore because you become very sensitive when you’re so ill, and you can, you know, you can feel your body being affected by different things.
Previous Page
Next Page