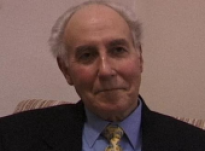 He first noticed something was wrong just after his 60th birthday when he found some blood in his urine. As he worked for a group of doctors as a Practice Manager, he knew immediately that it was something he should go to the doctors about. He made an appointment with his GP who carried out a PSA test, and a digital rectal examination which showed that there was an enlargement of the prostate. He was then referred to a consultant.
Unfortunately, he had to wait 4 months to see a consultant. He felt anxious as he did not know anything about prostate cancer or what his test results meant. He explained he would have been more concerned if he had not had reassurance from the doctors at his practice. He underwent a biopsy and a bone scan which revealed he had advanced prostate cancer which had spread to his bones. He was absolutely shocked and devastated when he was diagnosed with prostate cancer and found the news difficult to take in. He felt that he was given no real information, and that all he knew when he left his consultation was his diagnosis.
Once he came to terms with his diagnosis, he actively sought out as much information as possible as there had been very little made available to him. He contacted Cancerbackup (now merged with Macmillan Cancer Support) and the Prostate Cancer Charity for information, as well as reading books. He never had a problem asking questions but learned most of the information himself. He soon realised it wasn’t as bad as he thought and just wished that someone would have sat down with him at the beginning to go over it all. He felt reassured that the cancer wasn’t progressing as quickly as he’d thought. He felt lucky as a Practice Manager that he knew where to obtain the information from but thought if he had been anyone else it would have been more difficult. He also found that GP’s knew very little about prostate cancer. He feels as though the NHS is failing patients with prostate cancer, and that more awareness and guidance is needed.
He was put on a Zoladex hormone treatment and after 3 years on Zoladex he started to experience problems with bone pain. He was recommended for a trial of another hormone therapy, flutamide, which stopped the pain for 9 months. Unfortunately, the treatment became ineffective and the cancer was spreading. Again, he had been given very little information about the treatment. His daughters were concerned about the reoccurring pain in his bones so suggested he go privately to a specialist hospital where they informed him that there was a trial for a prostate cancer vaccine and another hormone therapy called Stilboestrol that he may want to take part in. He decided to join the trial as it had had positive effects for melanoma patients, he felt positive it could work for prostate cancer. The trial involved weekly injections for 12 weeks. His energy levels increased and he felt good. However, when the trial ended the bone pain returned but was more severe. He went into a downward spiral, not being able to eat and was constantly sick. He was prescribed anti-sickness pills and fentanyl patches that managed the pain but led him to feel nauseous. He did not want to be on pain patches forever so he spoke to his oncologist. She recommended that he have a radioactive Strontium injection which targets pain. He explained that the length of time it works varies but he is still benefitting from the treatment. He then started Stilboestrol alongside his Zoladex treatment and has been on this treatment for the last few years.
On his current treatment he feels good but fatigued. He has experienced a growth and tenderness in his breasts and hot flushes during his treatments but was given 2 courses of radiotherapy to reduce the tenderness in his breasts and since then had found the side effects manageable. Another side effect of the hormone therapy treatments was a loss of sex-drive. He explained that this did not affect him as he was divorced but would have found it difficult if he had been in a relationship. He said that some men feel as though they lose their masculinity due to the impotency caused by the treatment. He felt that this main side effect is not made clear to men before treatment. He found that there were large differences in treatment between men he knew who had advanced prostate cancer and that treatment seemed to be dependent on the consultant.
After his diagnosis he continued to work and lead a very healthy active life playing golf and going to the health club. Initially, his condition didn’t stop him from doing the things he wanted to do. He has done a lot of volunteer work as well as set up a local Prostate Cancer Self Help group. He has actively campaigned for changes in treatment and to raise awareness. He felt it was important to become active in the field of cancer to help others because he has learnt so much throughout his experience that he wants to share. However, after 3 years of treatment he had to stop working, playing golf and going to the gym as he was experiencing high levels of fatigue. He felt as though he was deteriorating and that his illness was beginning to impact on his lifestyle. He felt it was important to keep active, so he took up other hobbies, like painting and bowls, which were less physically demanding. He believes it is essential to have a positive attitude and to live life to the full. He feels that it is important to seek the information you need to make informed decisions and do everything you can to help yourself.

His lifestyle has changed after having prostate cancer. He needs to choose activities that are...

His lifestyle has changed after having prostate cancer. He needs to choose activities that are...

I was talking earlier about fatigue and I think that's one of the problems that might not be seen by a lot of people as being a problem. I mentioned that I'd had to stop doing some of the more energetic activities that I was used to doing and, as I say, the pain particularly started being troublesome in my back, lower back and both hips, and I found that I was having to start thinking, well I can't do this, I can't do that, what can I do? I started taking up more sedentary hobbies, things like painting, bowls, I thought, well I like playing some sort of sport so I thought, what can I do that's not too energetic, and I thought, well bowls isn't very energetic so I'll see if I can cope with that. And fortunately I have been able to, apart from the bad pain period that I had recently where I had to even give the bowls up. But by and large I've managed to do that and I think it's important that you do keep active, that you do keep doing something, because it's very easy just to start thinking, well I've got to, you know, do less and less and less, and I think it's a good thing if you keep, as I say, keep active, even if it's not as active as you used to be. So going for walks, keeping your joints supple is important even though very often you may not feel like it it's important to keep as active as you possibly can. And you do find that you do have to rest more, so I'll perhaps do something active for half of the day now and maybe rest the other half of the day, so in that way my lifestyle again has changed in that you acknowledge that you can't do as much as you used to be able to do. Things like going away on holiday and carrying heavy luggage becomes a problem I've found. I used to go on holidays to Singapore where one of my daughters lives, I can't do that anymore because the journey is far too tiring for me. I just can't cope with it.

After being diagnosed with advanced prostate cancer, he took Zoladex for 3 years then developed...

After being diagnosed with advanced prostate cancer, he took Zoladex for 3 years then developed...

View topic summary
SHOW TEXT VERSION
PRINT TRANSCRIPT
I've been under two of the local consultants, the first one was the one that put me on Zoladex, it was after 3 years when I started having problems that I was asked would I like to be referred to a second consultant locally to go on a trial of another drug, which was Flutamide. I immediately said yes because I was then starting to experience bone pain. I was told that the Flutamide may help to reduce that. I saw the second consultant and was told that this was a European-wide trial of the drug Flutamide and would I be prepared to take part. I was again given very little information about what it was, about what the drug did, all I was told was that it would probably cause some breast tenderness and probably growth in the breast as well, which it did. I was on that for 9 months
You said you had some problems and that’s why you went to the other consultant, was that problems with the drug or problems with pain?
Well that's why I was referred, no I started having pain after 3 years on Zoladex. I had another bone scan and they said, "Well the cancer is spreading and we need to do something else", which is when I was referred for this trial of flutamide. The flutamide again settled me down and lasted for about 9 months, at which time I started getting bone pain back again and the consultant decided that the flutamide was no longer working. I'd since, whilst I was on it I found out more about it, what the drug did, the fact that it could stop working after a certain length of time. I was the told that stopping flutamide would probably have a beneficial effect, so we stopped the flutamide and I just went back on the Zoladex. There was a beneficial effect by stopping it, it's strange but stopping the drug can have as beneficial effect as starting on the drug.

Having had hormone treatment and pain relief only for his advanced prostate cancer, he researched...

Having had hormone treatment and pain relief only for his advanced prostate cancer, he researched...

View topic summary
SHOW TEXT VERSION
PRINT TRANSCRIPT
Have you tried any other alternative treatment at all or changed your diet or anything like that?
Yes, yes I've changed my diet quite considerably. I've stopped having virtually all red meat, eating mostly white meat and fish, eating a lot of green vegetables, taking dietary supplements, such things as green tea, eating things with a lot of anti-oxidants in them, taking supplements like Vitamin C, Vitamin, well Vitamins A, C and E, zinc, selenium, garlic, all of which I've been taking for several years, which I think helps. Again, I've read up a lot of alternative therapy for prostate cancer and I haven't done anything without knowledge, I've done things in an informed way just because somebody says, "Well yes this does you good or that does you good", I haven't just taken their word for it, I've done my own research, and because you can get it from the Internet quite easily I've been able to do quite a bit of research into all the things that I decide to take myself. So…
Previous Page
Next Page