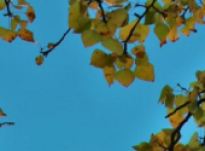 She remembers feeling generally unwell, experiencing indigestion, bloating and loss of appetite, and got used to feeling ‘under par.’ Antacid medication did not alleviate the symptoms, and her GP referred her to a gastroenterologist. She was told she had diverticulosis, but further investigations showed that she had ‘masses on her ovaries’. She was shocked to hear that her symptoms were actually related to a gynaecological problem, but in time found getting a diagnosis and explanation for her symptoms a relief. Her ovaries were removed and she was told that she would need chemotherapy, and received six sessions of carboplatin. She found anti-sickness medication a great help for the nausea she experienced.
She was in remission for two years, but then required chemotherapy again, and this was followed by another year in remission. Five years after her initial symptoms and diagnosis, she had symptoms once again, and was given Taxol as part of a clinical trial. She lost her hair and chose a wig, but found wearing scarves more comfortable. She also found there was a lot of camaraderie amongst the women that had lost their hair through treatment. She experienced numbness in her toes whilst taking the Taxol and did not receive the final treatment, but the treatment worked and she has been in remission for 18 months at the time of interview. She has follow-up appointments every two months where she is weighed and has blood tests.
She has a history of cancer in her family, and paid privately to be tested for a faulty cancer gene. It was discovered that she has this, and she encouraged her children to be tested as she feels that ‘to be forewarned is forearmed.’
She found having her husband with her during appointments useful, as they would remember different things and be able to discuss the appointment afterwards. She has experienced tiredness both during treatment and after, but borrowed a wheelchair so that she could continue to do the things she wanted to do. She has tried some complementary therapies, such as art therapy, relaxation and beauty treatments. She is a member of a support organisation called Ovacome, and finds their magazine very informative. She has stayed in touch with a number of people she met through the group, and now volunteers as a telephone listener on their support line.
She does not make any long term plans now but tries not to put anything off, arranging short breaks and social events to look forward to. She eats food that she fancies and takes vitamin supplements. She found that her experience of cancer made her take stock, and she hopes that due to genetic factors, younger generations of her family will now have any symptoms investigated sooner. She found that not comparing herself with others, and resting when she needed, to be useful strategies. She found it helpful to talk to other people, but tried to remind herself that everyone is different in their experiences. She urges people not to ignore symptoms if they are feeling unwell, and to persist in getting symptoms investigated.

After having chemotherapy for ovarian cancer her toes still feel as if they are in cold water or...

After having chemotherapy for ovarian cancer her toes still feel as if they are in cold water or...

View topic summary
SHOW TEXT VERSION
PRINT TRANSCRIPT
But the other effect that I have had with Taxol has been a weird feeling in my toes. It’s certainly, it’s not a pain of any kind, it feels sometimes as if my toes are in cold water and other times as if my toes are slightly swollen, but it’s not difficult to live with at all and in fact half the time I’m just not thinking about it. The one problem I had was trying to buy some new shoes... as I’ve already got very wide feet, this extra strange feeling in my toes, it was hard to decide whether the shoes were fitting correctly.
And are those kind of feelings still hanging about even though you finished your treatment ages ago?
Yes. Yes, I think it is expected really that this will be, certain nerve endings I suppose have been in some way affected. My feet are slightly better, I was walking in a very lop-sided way and that was one of the reasons I was allowed off my last Taxol treatment, and it was explained that possibly the most good is done in the first three or four, and the last two are given as a top-up just in case, so and as my result was good I don’t feel I’ve affected my chances in any way by not having that last treatment.

She had ovarian cancer 5 years ago; she knows of a local cancer support group that is poorly...

She had ovarian cancer 5 years ago; she knows of a local cancer support group that is poorly...

View topic summary
SHOW TEXT VERSION
PRINT TRANSCRIPT
Is there any kind of local support group at all for ovarian cancer patients?
There is a local support group here and it is held in the middle of the day in a church, and very few people unfortunately have supported it. I think it must be hard for the people who are doing the organisation to be doing it for many, many years and not have a better response. But it is difficult and by talking to other patients I find they shy away from gatherings like this.
My husband and I were down in Devon taking a little holiday and we saw an inaugural meeting posted up, ‘Please come and join us if you yourself are a sufferer or have cared for…’, and I did have a friend living down there whose husband was in remission and she was very keen to go along, and we went along and there was a very friendly gathering of over sixty people, and the committee had decided to order very bright cheerful sweatshirts with a smiling sun on the logo, and they organise all kinds of speakers once a month and then in the summer months when the weather is suitable they have social occasions. They go on river trips and go out for cream teas, and it’s a very, very lively group, and they kindly send me all their information, so if there’s any chance of getting down to Devon I try and go and join in because they’re such a cheerful group of people.

Her 1st ovarian cancer recurrence was successfully treated with chemotherapy. The first drug she...

Her 1st ovarian cancer recurrence was successfully treated with chemotherapy. The first drug she...

View topic summary
SHOW TEXT VERSION
PRINT TRANSCRIPT
The CA125 test that they do regularly, because you’re checked after each two months, showed that my count was beginning to go up, and I was offered another course of the carboplatin again. This was another session or six sessions, which lasted this time for six months.
I was in remission for a year with this one.
During the early months of 2001 I began to get some of my symptoms back and I was offered a new drug, another trial drug which would be very easy to cope with because I could inject myself three times a week at home and only return to the hospital once a month to collect more of the medication. I had this drug for three months and genuinely thought I was getting better, because I think it was psychologically because I was actually taking part in the treatment, and I was very disappointed of course when the scan showed that it wasn’t actually helping me at all, and it was suggested that I start some more treatment that would, hopefully, knock this other tumour on the head.
Now this time, Taxol, which was a drug my sister had had years before, was being offered, and it was explained to me that this time I would have fewer symptoms but that I would lose my hair. I was meeting up with quite a number of ladies in the Department that were losing their hair and at the time didn’t seem to bother them much. I was allowed to go and choose a wig, which I’ve never worn because it was rather uncomfortable.
I was due to have six cycles of Taxol but the drug seemed to be affecting my toes, sometimes they felt very cold and sometimes they felt numb, and it was decided that I could be let off my very last cycle, and the CT scan after that showed a very good result indeed, and for the last eighteen months now I have been in remission.
Previous Page
Next Page