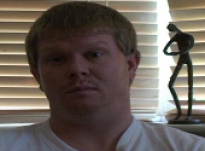 Phil’s wife had been previously married and had four children. She had been through sterilisation so they were forced to consider fertility treatment to have a child together. Phil and his wife initially chose a private clinic that offered egg sharing. But their experiences were not very positive and they finally withdrew from the egg-sharing programme. They found another private clinic, and went through IVF a second time and his wife, Karen, was successful in getting pregnant. He describes going through IVF as a couple isolating, and felt they did not really know very much about it when they started.

It was difficult for Phil to join his wife at IVF treatment as he had to travel a lot for work....

It was difficult for Phil to join his wife at IVF treatment as he had to travel a lot for work....

Because of my work commitments. I used to be a mobile screening nurse, and so I was travelling a lot. Because I travelled a lot, I would be stuck in hotels throughout the week. So if I could be there, I would be there. If I could have said to my company, “I want to be there for the blood test, for the scan, for everything else.” I would. But I couldn’t. So because of work commitments this is what I tried to get through to the second centre we were with, because I knew it impacted the first time. I was there at critical stages. I was there. I took days off. Because the idea was, I have only got xx amount of annual leave, take the days when they are needed. So the that’s the other thing about knowing about paternity leave. I didn’t know anything about that. I have only just that about this company now, about paternity leave. But I wanted to save as much annual leave for the positive result. So I couldn’t take off here, here and the next day, because a blood test, it feels like it was insignificant. Embryo transfer is important. She needs support there. Blood it’s just a stick in the arm. So I wasn’t there some of the times for those. But the important things I always tried to be there.

Phil and his wife decided to try an egg sharing scheme to help with the costs of treatment. They...

Phil and his wife decided to try an egg sharing scheme to help with the costs of treatment. They...

View topic summary
SHOW TEXT VERSION
EMBED CODE
PRINT TRANSCRIPT
While it all happened, it did cause a hell of a lot of stress. More so on Karen’s part because I saw it as a money saving exercise rather than her well being, but she was happy to do that at the time as well. But as we got into it we felt we were… lied to, the truth wasn’t told, Karen they had said she would be on the drugs for four weeks. She landed up with about six or seven weeks on the drugs. The lady, oh we’ve got a lady, then it sounded like they didn’t have a lady. There was conflicting information coming every time. And obviously, you know, they say one thing and your mind just goes off at a tangent. Thinking well is it true? Are they saying what they say they’re saying? They’re a private business. They are in it for the money. Get you in. Get you out. Next in.
And, the sum total of it was it caused a hell of a lot of stress. The egg was put back. But while the egg was put back, it wasn’t inserted – well it was inserted but the egg appeared to be sitting outside of the syringe so they had to have another go. So whether that was part of it, or because of the stress that was going on and her body not coping, it was a failure in the end. So she didn’t have a positive pregnancy.
At the time, after all of this had kicked off, and we are absolutely sorry to the people who we let down in the end, because of it. Because obviously they’d been waiting a long time to get eggs from, healthy eggs from somebody and we eventually withdrew consent.
So it was awful on both sides. But because of the stress that it had caused, Karen was not happy. I wasn’t happy as the time went on. I was all for it in the beginning. There was, you know, we’d agreed to help somebody else, and as reality started setting it, it’s then when it actually struck us.
So, the whole experience was awful. Plus the amount of time Karen was on the drugs. She got very bad tempered with me. Everything was my problem, not her own, and that was just the hormones and everything kicking in. So I tried to take some of it on, but at the same time it did cause us to fight with each other, and any way, as time went on.
So we stopped. We had to wait for her to come off the drugs, get it through her system, and then we thought right forget it, we are going to go somewhere else.
Previous Page
Next Page