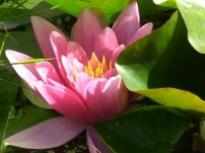 Rosanna smoked during her teen years, but she gave it up before she had her children. She stopped smoking for many years and only started again in the last six, or seven years. At the time, she was going through a stressful time in her life, and found cigarette smoking a good stress reliever.

Rosanna works in a health-related environment, and said that she is well aware of the dangers of cigarette smoking. A few years ago, she had a cancer scare (not lung cancer), which gave her an understanding of what it is like having a serious illness. For some time now, she has been thinking about giving up smoking, but says she fluctuates between periods of cutting down followed by periods of heavy smoking due to stress related events.

Rosanna was curious about e-cigarettes following a visit from one of her sons and his girlfriend. They were trying to give up smoking with the help of e-cigarettes. Rosanna knew very little about e-cigarettes, and wasn’t very impressed with it after vaping. Her son explained that it takes a few days to get used to. He went on to show her information on the web about e-cigarette and gave her an introduction explaining the different types, how to recharge the battery, about the different flavours, etc.

Rosanna used cigarette smoking as a stress reliever. She had a cancer scare (not lung cancer) that gave her an understanding of what it’s like to experience a serious illness.

Rosanna used cigarette smoking as a stress reliever. She had a cancer scare (not lung cancer) that gave her an understanding of what it’s like to experience a serious illness.

View topic summary
SHOW TEXT VERSION
PRINT TRANSCRIPT
I suppose I’ve smoked on and off really since I was a teenager, when I first started smoking, and I smoked probably from about the age of sixteen or seventeen, until I had my children and then I gave up for quite a long period. I didn’t smoke for, for many years actually, and then more recently, I suppose over the last six or seven years maybe I took up smoking with a vengeance. I was going through quite a lot of stressful stuff in my life and I think a lot, like a lot of people it just seemed like a, I enjoyed it and it seemed like a stress reliever. And I smoked quite a lot, I suppose, over the last few years, on and off. But always with a feeling in the back of my mind that it was a silly thing to do. And, I work in a health-related environment, so I’m quite well aware of the dangers, and so on. And not to mention that quite a few years back I had a scare, a cancer scare which wasn’t lung cancer, but even so it gave me a feeling of an understanding of what it’s like having a serious illness. And you know, rationally, why would you, why would you do that to yourself, and smoking obviously is something that can initiate a serious illness. So I’ve always had it in the back of my mind that I want it to stop. But like everybody else I suppose, it is an addiction and it is quite difficult to do that. And so, I think on and off, I’ve cut back a lot on cigarettes at different times, but then things have happened in my life and it’s sort of increased again. So I’ve been on this kind of yo-yo thing of cutting down to very few cigarettes a day. Some days not smoking, and then something happening and going bonkers with it again.

So I was thinking about how I could do something different, I think. Rather than just keep going on this pattern of, you know, up and down and more and less.

Rosanna compares smoking a conventional cigarette and an e-cigarette. She thinks that it is a question of habit forming and hopes that soon she will get use to vaping only.

Rosanna compares smoking a conventional cigarette and an e-cigarette. She thinks that it is a question of habit forming and hopes that soon she will get use to vaping only.

I think in terms of a ritual thing, you’ve got a sort of an inhale, an inhalation and then, you know, the blowing out of the smoke and the kind of the look and to an extent, especially if you, if you choose a tobacco flavour, then you’re getting that, the sort of the taste. But there’s just something about, about it that perhaps doesn’t reach the parts that a cigarette does.

Maybe it’s in the brain I don’t know. It doesn’t feel quite the same. You know, you’re kind of, you know you’re smoking a substitute. If somebody gave, if I was blindfolded and I didn’t realise which one it was, I think I could tell quite easily. So yes, it’s definitely not the same. But as with anything that you become accustomed to then I guess after a time, maybe that wouldn’t matter so much. So I think at the moment where I’m at, I’m in the initial stages and I’m noticing the difference. But people have told me who’ve stopped smoking all together, that then they’re not comparing, so.

Okay, so another kind of behaviour pattern sets in.

Yeah, well it does take time I guess for your brain to adjust to what you’re, what you’re doing.

And I can’t say it’s like smoking. I don’t feel it’s a, you know, an equivalent because really it doesn’t give you the same kind of hit that you get from a cigarette, but it’s not bad and, I think, I’m starting to get more used to it now. But I’ve been using it initially in combination with cigarettes but using it to cut down. So during the day I might instead of going out and having a couple of cigarettes while I’m at work, or if I’m at home during the day, I’ll probably smoke more. So I tend to use the e-cigarette during the day if I feel like I want a cigarette.

So I think it’s helped me to stop smoking during the day.

Rosanna’s son showed her information online about e-cigarettes and told her about his experience of using one. She also got information from the e cigarette store she used.

Rosanna’s son showed her information online about e-cigarettes and told her about his experience of using one. She also got information from the e cigarette store she used.

View topic summary
SHOW TEXT VERSION
PRINT TRANSCRIPT
And then my son came to stay with me a few months ago, and he was a smoker, but had tried, was using e-cigarettes at the time when he came to stay. And I was quite curious about them because it’s, they’re quite new, and I didn’t really know much about them other than that people could use them to try and stop smoking. So when he came it gave me an opportunity to sort of have a few puffs and try it. And I can’t say that I was particularly impressed but he was saying that after a few days he’d got used to them. So it just got my mind thinking about, you know, ‘Oh, well maybe I could try that route.’

And it was also helpful talking to him because he’d already bought some because he knew, it was, it was a bit of a mystery as to what do you buy and what bits and pieces do you need and how do they, how do you set them up? You had to plug them in and thinks like that and I, I’m not that technical, technically orientated so I, it just all seemed like a bit like too much hard work. But because I was with him and sort of told me what he’d bought, in fact, we went on line and he showed me all the different bits and pieces that you need on a website. So I got more of an idea of what I needed to do, which made it a bit easier I think. And then around about Christmas time I decided to go and buy an e-cigarette and try it out. I thought, ‘Well, I might just as well give it a go and see, see how I get on. There’s no harm in trying.’

And my son came to stay with me, stay with me again recently and he said that, “He and his girlfriend had smoked these e-cigarettes for a while and now they don’t even bother with that and they tried cigarette, you know, a week or so ago and both decided it was horrible and they didn’t want to smoke. So it seems to have been quite successful for him in actually stopping.
Previous Page
Next Page