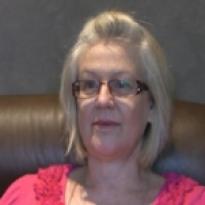 Age at interview: 54
Brief Outline: Carol 54, gave up smoking at the age of 52. Carol is White British, a housewife with a background in marketing. She has three children and lives with her husband. Carol grew up in South Africa and started smoking when she was 20. She smoked heavily (35-40 cigarettes a day). Later, she started to develop bronchitis and her voice deepened. Carol eventually gave up with the support the NHS ‘stop smoking’ service.

Carol grew up in South Africa and started smoking when she was 20 years old because she wanted to be ‘in with the in-crowd’. She says she was in fact comparatively a ‘late starter’ as most of her friends had started when they were 15-16 years old. However, once she ‘got the habit’ she says she got it ‘well and truly’ and smoked 35-40 cigarettes a day. Carol liked the ‘head rush’ smoking gave her and jokes that it was ‘better than doing drugs’. She says she knew the risks associated with smoking, but that they were not quite ‘spelt out’ in the same way as they are now. She smoked through all three of her pregnancies and felt she experienced no health problems related to this. Carol remembers that smoking in restaurants was commonplace. Later, when she lived in the UK, she remembers that she felt ‘ganged up on’ when the smoke-free legislation came in.

Carol said that she had to be in the ‘right frame of mind’ to give up smoking. She realised that she was spending £2000 a year or more on cigarettes, and at the same time she started to suffer badly with chest infections. She got bronchitis ‘every three to four months’ and her voice became deeper. Carol’s children were ‘constantly nagging’ her to give up and she wanted to have ‘full access’ to her granddaughter when she was born without having to ‘disappear into the garden to have a cigarette’.

Previously she had tried hypnosis and nicotine replacement gum - which she says almost gave her a peptic ulcer due to the acid build-up in her stomach. It was only when she tried Zyban that she found success. However, she started again after 9 months, and says that in that regard she was like an alcoholic as after she’d had her first cigarette she couldn’t stop. Carol felt she was giving up because her family wanted her to, rather than doing it for herself. However, she didn’t like the fact that her eldest daughter, who had asthma, coughed when she came into her house. The second time Carol tried to quit she had support from the NHS ‘stop smoking’ service. She learnt that having support through her journey made a difference. She was able to see measurable differences when she stopped, as she could see her lung capacity changing, and she found walking was easier. She also had support from a nurse who talked her through her motivations to stop and helped her get ‘into the right head space’ to continue. Now Carol thinks you must have a ‘very strong personality’ in order to quit by yourself. She also used NHS Direct and found that a ‘voice at the end of a phone’ was very important.

Carol has put on weight since quitting smoking, but has been told that her metabolism will balance itself out eventually. Her next step is to gain control of her weight, and she thinks that smoking is a greater risk to her health than her weight is. She thinks that giving up smoking is the best thing she’s ever done and says that if she could motivate even one person to give up she’d be pleased. She says that within the first week of quitting she was able to feel differences.

Carol found that if flu was going around, she would be the one to get it. Since she stopped smoking two years ago she has been noticeably healthier.

Show in context
SHOW TEXT VERSION
PRINT TRANSCRIPT
I was sitting, I wasn’t sitting with chest infections all the time. Sorry [laughs] I wasn’t sitting with chest infections all the time. Because I was, I, you know, I would, if there was ‘flu going around, I was the one getting it. If there was a cold in the area, I was the one that was in bed because it was so debilitating because I couldn’t breathe and you know, my lungs I was wheezing and coughing and, I haven’t had any of that in the last two years. Simply because I’m not smoking anymore. I don’t wheeze when I talk. I don’t have the irritating little [imitates a cough, cough, cough] all the time. And what a difference. What a difference it makes that I can walk up the road and feel happy and cheerful and, hell I can breathe [laughs]. And for me, that’s, you know, it’s a wonderful feeling to have.

On her second attempt to quit Carol got further support through her GP. A nurse prescribed Zyban (bupropion) and coached her through a 9-week programme.

Show in context
SHOW TEXT VERSION
PRINT TRANSCRIPT
Well I had, I would have to go every week, Zyban was a nine week programme

And then of course, the nurse will sit with you and she will chat to you and help you with your motivations and I suppose help you get into the right head space to continue with giving up smoking. And it’s not, you’re not rushed, and you’re not, you know, if you want to sit and talk, they are more than happy to sit and talk with you, which I enjoyed actually, because I was giving up smoking because I was, my daughter was pregnant and I wanted to have full access to my granddaughter when she arrived, and not having to disappear into the garden to, to have a cigarette, whilst I was half way playing tea parties with her. I didn’t want that.

And so, I had the motivation to actually do it. And I think, that is what you have to have, is the right motivation. If, if you don’t, if you’re not in the right head space, you’re not going to succeed I don’t think. And I think what happened, the nurse in the practice she was able to re-confirm that I was right, in the right head space and able to you know, continue with the non-smoking.

And I must admit, you know, two years later, I can’t thank my practice enough, because that’s what they did. They, they helped me give up smoking. And to be positive about it. So from that point of view, yes. I would say, well I still cross my fingers and I still say, because occasionally I still think ‘oh I’d love a cigarette,’ but as fast as that goes into my head, it disappears out. I just know that I can’t have that first cigarette, and it doesn’t worry me anymore. I don’t think I’ll ever go back to smoking.

Despite quitting successfully with the help of her GP and bupropion, after 9 months Carol had one cigarette and started smoking again.

Show in context
SHOW TEXT VERSION
PRINT TRANSCRIPT
I tried various methods of giving up smoking. And, it was about five or six years ago, when Zyban first came into being used by GPs, that I decided maybe I’m going to give this a go. And went to my GP and asked him if I could go on Zyban and he gratefully said, you know, “Yes, absolutely, we’ll do anything we can to support you.” And I actually, that time stopped smoking for nine months, but I don’t think I was in the right head space, because, I, obviously started smoking again, and I didn’t. It’s very much like an alcoholic. You know, once you have your first cigarette, if you’ve stopped smoking, you’ll carry on smoking. You can’t have that first cigarette, and as long as you understand that, that you must never have that first cigarette, I think you’ll always stop smoking. And I now know that, as much as I sometimes thing, oh I’d love a cigarette, I know I must never have that first cigarette, because I’ll be straight back, because the little, the little goblins that go all through your head will say, you know, let’s go. You know, we’re going back to situation normal. Whereas you can’t, you can’t do it at all.
Previous Page
Next Page