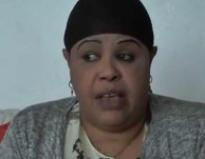 Age at interview: 58
Brief Outline: Rahma’s son was diagnosed with asthma and he also has allergies, including egg allergy which has prevented him from having the flu vaccine. During the winter season, her son catches flu-like illnesses very frequently aggravating his asthma and resulting in chest infection problems. He is currently undergoing assessment for autism and mental health evaluation.
Background: Rahma is a single parent with two children. She, herself, has health issues, including Type 2 diabetes, arthritis and high blood pressure. She is a homemaker. Ethnicity: Somali.

Rahma’s son has just turned thirteen and during the winter months he is often affected with flu or flu-like illness that results in chest infections. When he was four years old, she was told her son had asthma and given inhalers. When he was aged ten he was diagnosed with chronic asthma and allergies. At age two and following a severe reaction to penicillin based antibiotics he was diagnosed with egg allergy. Whenever he has chest or other bacterial infections he is treated with non-penicillin related antibiotics. Rahma’s son cannot be given the flu-vaccine because of his egg allergy.

When her son is ill with flu-like illness, he tends to develop a very bad dry cough that causes him to vomit. His asthma is also much affected by flu-like illness, but its severity varies. Sometimes, it is kept under control with inhalers while at other times she needs to take him into the hospital to have nebulizer treatment. During the winter months he often needs several courses of antibiotics. Sometimes, two courses of antibiotics are needed to control a single chest infection. Flu-like episodes are mostly managed at home by keeping her son warm and indoors and making sure he drinks plenty of fluids. She explains that the ways in which her son is affected by flu like illness have not changed at all.

Rahma explains that the flu-like episodes have badly affected her son’s schooling too. When he is ill, the school asked her to keep him an extra five days off school following a flu-like episode and asthma attacks to make sure he is completely better before he re-joins school activities. This resulted, in him being away from school for about ten days several times during the winter months. Being off school and being prevented to go outside to play with friends made him feel frustrated and anxious.

Rahma explains that when her son started school, his teacher realised he was a child with special needs and he needed to have a carer with him in school at all times. Actual diagnosis has been difficult to establish but he is currently being evaluated for autism and he is also having a mental health assessment.

Rahma is a single parent and has health issues herself, including diabetes, high blood pressure and arthritis. She explains that her son suffers from anxiety attacks and aggressive behaviour and as he grew up, she found it increasingly difficult to care for him at home on her own.  Her daughter has helped, but caring for her son has been mostly an isolating experience.

Her relationship with health professionals was not a positive one. She often asked health professionals for help but found little support, slow responses and much difficulty when trying to get in touch with them. Eventually, she contacted Social Services and asked for help. Her son is currently in residential care.

For Rahma it is very hard to have her son in residential care and she constantly worries about his health, particularly, when the winter season starts. She keeps reminding residential staff to make sure he is using his inhalers and wears warm clothes and to get antibiotics if his condition deteriorates. She says that residential staff does not supervise as they should and they expect her son to look after himself. That’s why she is worried.

Rahma’s son had a severe allergic reaction shortly after being given an injection of amoxicillin when he was three years old.

Rahma’s son had a severe allergic reaction shortly after being given an injection of amoxicillin when he was three years old.

View topic summary
SHOW TEXT VERSION
PRINT TRANSCRIPT
Have they given him antibiotics?

How did they find out that he is allergic to amoxycillin?

And what happened at the hospital?

I think they take, yeah they take some tests and they say he was allergic with amoxycillin.

Yeah so that time they, they write to the computer his, in history they say he can’t have amoxycillin.

So the GP gave him the antibiotics because he had a chest infection?

Rahma’s son could not have the Influenza (flu) vaccine when he was younger. He had long periods of time off school because of flu-like illness.

Rahma’s son could not have the Influenza (flu) vaccine when he was younger. He had long periods of time off school because of flu-like illness.

View topic summary
SHOW TEXT VERSION
PRINT TRANSCRIPT
They say he have asthma so and he was allergic with egg. So it was difficult for him to get vaccination because he have an egg. So I have to give him paracetamol when he’s sick and he was very bad chest cough, was dry. Until when he was vomiting so always he was vomiting. He can’t go to nursery school. I have to keep him home. So it was a very difficult when he was

When he was little?

Yeah, flu yeah. They can’t give to him. So every winter it was difficult for him to go outside or go to school. He have to stay home. When he go to school he start to vomiting and fever so they have to, [whistle] I have to go to collect him to send him back home. So it was. I don’t understand because they say we can’t have flu jab without egg. But now this year I hear from people they have flu jab without egg but now he’s not with me. He, he’s with, under care.

You said that when he has the flu or the flu-like illness it takes him longer to recover?

Yeah because he can’t go back to school. In school they say he have to stay 5 days or one week he have to stay home until he is recovered. Because when he go back he started to vomiting again so that’s why they say, “You have to keep him home.” Yeah.
Previous Page
Next Page