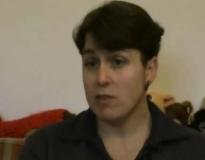 Brief Outline: Gillian’s daughter, Judith is 11 years old and has complex medical needs. At birth, she suffered severe oxygen deprivation causing hemiplegia. The hemiplegia affects the left part of her brain and it has led to cerebral palsy, visual impairment and sub clinical epilepsy. She takes Epilim for her epilepsy.
Background: Gillian was born in Ghana, she studied history and she is married to a priest. She has an eleven years old daughter and she is a homemaker. Ethnic background: white British

Gillian’s daughter, Judith is 11 years old and has complex medical needs. At birth, she suffered severe oxygen deprivation causing brain damage or hemiplegia. The hemiplegia affects the left part of her brain and it has led to cerebral palsy, visual impairment and sub clinical epilepsy. She takes Epilim for her epilepsy and sees an osteopath privately.

Gillian described her daughter as “great fun, loving and with a wonderful sense of humour” Developmentally, she has made good progress in some areas, but she is delayed in others. Her verbal joking, ability to understand complicated concepts and memory seems to work well, but the biggest issue is that there is no consistency of performance. So, at times her brain functions are disrupted practically and verbally and, for example, she will struggle to find the words she needs or, forget which way to turn to go back to her classroom.

On the other hand, Judith is a physically healthy and happy child and leads an active life. She takes riding lessons at weekends and is part of her local “Riding for the Disabled” group. She also goes around cycling at weekends and Christmas is a particularly excited time for her with lots of family, school and community activities.

For the last two winters she has been affected by flu or flu-like illness episodes. Her symptoms include fever, nasal congestion, chest cough, aches and tiredness. Gillian managed these symptoms with paracetamol, ibuprofen, chesty cough mixtures and nose drops for the congestion. She also gave her Echinacea, multivitamins and vitamin C.

These flu or flu-like illness episodes happened around the Christmas period so Judith was unwilling to missed end of year school activities, but the 2013 episode was more severe and she was off school for a week. She was feverish for about six days with the other symptoms increasing or decreasing in severity and it took about two weeks for her to recover.  Gillian assesses her daughter’s temperature by touching her forehead. Judith would find it difficult to cope with holding a thermometer either in her mouth or under her arms. Moreover, Judith is now able to explain verbally how she is feeling. Her speech started to develop at the age of six.

Flu or flu-like illnesses makes Judith’s already disrupted sleep pattern, more of a problem. She wakes up a lot complaining of achy pains and she would be hot and sweaty and then cold and shivery. Changes in her emotions are one of the side effects of the brain damage, and flu-like illness tends to make her more easily upset and wanting cuddles and attention so parents and grandparents take turns to be with her.

The flu-like illness episodes were managed at home and on one occasion, Gillian consulted her GP over the phone. Gillian explains that she was brought up in Africa, in a village in the bush where the nearest doctors was miles away. She feels that this experience has made her more relaxed and practical as to when it is important to seek medical care. Besides, Judith did not develop complications from these episodes, nor had epileptic fits due to the fevers. Her fits seems to be linked to an increase in body weight that the medication is not controlling.

Gillian feels that antibiotics should be used when there is a bacterial infection and when they are really necessary. She is concerned about antibiotic resistance and its effect on the wider community. Judith has had antibiotic treatments twice in her life.

Gillian explains that on the whole they have been “very fortunate” when consulting and communicating with health professionals. Only on one occasion she felt patronised by a consultant. At present, Judith sees a consultant once or twice a year, in the school, sees her GP a few times a year and when needed sees a consultant in the hospital to discuss an EEG result. She attends an annual appointment at the orthoptist department for an eye test, and check-ups.

Gillian has a supportive family and in particular her mother has been very involved in Judith’s development and medical care. Moreover, both grandparents provide important practical help by staying overnight twice a week and giving Gillian and her husband a chance to catch-up with their sleep.

Judith had a fever, a bad cough, chills and felt achy and lethargic. Her sleep was worse than normal.

Judith had a fever, a bad cough, chills and felt achy and lethargic. Her sleep was worse than normal.

View topic summary
SHOW TEXT VERSION
EMBED CODE
PRINT TRANSCRIPT
And what were the symptoms that she had?

So she, she has fevers. She had fever. She said she felt really uncomfortable all over. Very lethargic. Even worse sleeping than usual, because poor sleep is an aspect of her brain damage and subclinical epilepsy. And yes, as I say, you can tell from her skin. Terrible, terrible gluey snot and, and congestion. And croaky, lost her voice for a couple of days. Very croaky cough, bad chest cough, and fever. You know, very hot. And she said she was achy in the night, she would wake up a lot saying she was hot and achy in the night. And, and, and sweats. And then feeling cold and a bit shivery.

Judith who is 12 years old ‘bounced’ back within two weeks and had no longer term effects from flu-like illness.

Judith who is 12 years old ‘bounced’ back within two weeks and had no longer term effects from flu-like illness.

And, and then the other symptoms of increasing and decreasing severity at either side of that-

-taking it up to about two weeks.

She - yeah, as I say, she's generally speaking very healthy, very strong. So we, we haven't seen really ear infections or long term infections following on from the flu. It is the illness, and then she's a bit convalescent with - quite grumpy and not herself for a while. Once she rests, she tends to bounce back within two weeks afterwards, with rest and care.

Gillian and her husband usually manage Judith’s flu-like illness at home. She likes someone to cuddle her when she is feeling ill.

Gillian and her husband usually manage Judith’s flu-like illness at home. She likes someone to cuddle her when she is feeling ill.

Calpol [paracetamol] and Nurofen, [ibuprofen] and chesty cough and sore throat mixtures. And nose drops for the congestion. Lots of blowing her nose. Wrapping her up. Keep giving her a hot water bottle. She likes to have someone sit next to her and cuddle her all the time when she's feeling that miserable. So me or my mother were sitting with her, or my husband was sitting with her on the floor watching children's programmes, and hugging her for a lot of four, five days when she was at home.

What else do you do? Apart from the medications, and the love and care? Anything -

We, we give her - we do give her vitamins, multivitamins and vitamin C. Particularly when she's sick, we give her. And when she's sick she tends to only be able to take it in like an infant liquid form, you know, obviously for various reasons. And we do try and make sure she eats really well, but when she's sick we don't push it for the worst days, we just give her easy things to digest that she likes eating, like scrambled egg, or cheese, nothing scratchy on the throat. Juice - she's started drinking, been willing to drink juice in the last year. Which helped. She had a bit of juice. But up until sort of 11, she wasn't willing to even taste juice [laughing]. So, yeah.

It wasn't her thing, really.

Judith’s grandparents stayed overnight when she was ill, which helped her parents cope with lack of sleep.

Judith’s grandparents stayed overnight when she was ill, which helped her parents cope with lack of sleep.

View topic summary
SHOW TEXT VERSION
EMBED CODE
PRINT TRANSCRIPT
So I'm very fortunate in that my Mum lives forty minutes away, and she is - she's brilliant. And she was - my parents were still based abroad for much of the first seven years, eight, nearly eight years of Judith's life, but my Mum devoted two full years to coming and living with us when the sleep got so bad when she was two, two and a half. And since then, particularly since they've lived back in this country forty minutes away, she comes at least two times a week, to spend the night with Judith so I don't have to get up, and help. And often, so in the weeks that she's been sick the last two years [laugh], I've often had at least my Mum and possibly my Dad too, here for a couple of nights.
Previous Page
Next Page