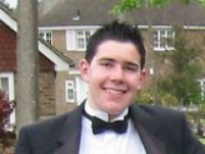 Age at interview: 16
Age at diagnosis: 10
Brief Outline: Archie has had auras since he was 5 but he was diagnosed with epilepsy at the age of 10. He is on Trileptal (oxcarbazepine) 700mg per day and has complex partial seizures about twice a year.
Background: Archie is 16, single and lives at home with his parents. Ethnic background / nationality' White British.

Archie is 16 and is in year 11 in school, coming up to his GCSE's. He had his first seizure at the age of 10 when he was living in the US with his family. He was diagnosed with complex partial epilepsy soon after. He has experienced auras since he was 5, but before they never developed into seizures. He is now on Trileptal (oxcarbazepine) 700mg daily and has seizures about twice a year. The seizures tend to occur in clusters, so he might have two in one day.

Archie is now focusing on his upcoming GCSE's. His school and teachers have always been very supportive and as his seizures are so rare he needs no special arrangements in school. All his classmates also know of his epilepsy and are all fine about it.

Archie has had a seizure twice when doing sports in school; once when playing rugby and the other time playing football so he wonders whether there might be a connection between physical exercise and his seizures. He enjoys doing woodwork at home with his dad who can make sure he is safe handling the tools, if he has a seizure.

Archie feels his epilepsy is quite mild because the seizures are so rare, and says he feels lucky. This is why he also hopes that his epilepsy won't have too much of an impact on his future. In the future he wants to do a course in design and technology.

Archie had auras for five years before he had his first tonic-clonic seizure. When he has an aura...

Archie had auras for five years before he had his first tonic-clonic seizure. When he has an aura...

I've always been feeling light headed and faint ever since I was about 5, and I've never had a seizure, I never had a seizure then, and I've only just started getting them but I've always had auras since I was about five. The first one was at a birthday party, and I think my parents were just coming to pick me up and I felt like really faint and sick and I had to go and sit down. Then the next one I think, I can't really remember the next one, but that was the first one though that I started to have.

Yeah, so it was just the aura but it wouldn't sort of lead to anything?

What did you understand about it 'cos you were so young, so little, 5 or 6, what did you think was going on?

Archie had a few seizures in school, mainly when he was doing sport. He says his teachers knew...

Archie had a few seizures in school, mainly when he was doing sport. He says his teachers knew...

I find it generally good, I haven't really had many seizures at school, but the only times that I did have seizures at school were in sports and I find that quite interesting, I dunno if it's because it's active, and maybe if I get tired or something you know, exhausted, I might have a seizure or an aura. But generally, subjects are very good and my friends are quite supportive. And I haven't had a seizure before or after exams so, that's quite good. And I hope I won't have any for the summer. But otherwise, otherwise I'll have to re-take the exams in the 6th form, which wouldn't be very good.

Yeah. Do all the teachers know about your epilepsy?

Well the subject teachers that I have do, but the teachers that haven't taught me before probably don't know about it. Definitely the ones that have been teaching with me for the five years know, but maybe even some of them that have only been teaching me for like one year, they might not know. But, I think our head of year has told all our teachers who's got which illnesses.

Yeah. And have they been supportive?

Yes, they've been very supportive, and the secretary she's always looked after me, whenever when I've had a seizure or something. Yeah she's been very helpful.

Archie tries to make sure he's safe by doing woodwork with his dad. He also has an aura so can...

Archie tries to make sure he's safe by doing woodwork with his dad. He also has an aura so can...

My dad's got a garage; he's got a whole lot of saws and other stuff there that you can do tons of woodwork in. I've done, so far I've made, a cabinet type racking shelves for my desk and some other stuff as well. So, it's quite good.

Yeah. What about sort of handling all the tools and things, are you cautious of them?

Yeah, yeah, my dad's always there, when I do my woodwork. It's just in case if I did have an aura when I was using the saw he would, I would tell him and he would probably, deal with it.

But it's all been okay?

Archie describes having auras since he was 5 and then a sudden tonic-clonic seizure at 10.

Archie describes having auras since he was 5 and then a sudden tonic-clonic seizure at 10.

It all started when I was about 10, it was, I was just going into elementary school and our dog ran away. And we looked around and couldn't find him and then I went back and I started having breakfast and I began to feel this aura, that I'd been feeling for, since I was about 5, and my Mum then said that she, she could, couldn't talk to me or anything, I was completely out of it then. And so I was having the seizure and then she phoned the ambulance to come and get me but I was just sleeping down on the floor and she just got the ambulance and next, and then I woke up and I think I was in the hospital.