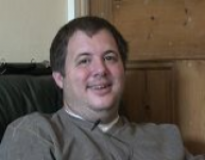 Darren found out he had diabetes 6 years ago. Back then he was a nurse and knew that his extreme fatigue probably meant he was diabetic. After trying to control diabetes with diet and exercise which didn't work, Darren was prescribed metformin and gliclazide. At the time of the interview he had just started taking insulin.

For the first few years following diagnosis, Darren says he was in denial about having diabetes. He wanted to resist being 'defined' by diabetes, and he disliked the thought of having to change his lifestyle. He deliberately avoided seeing his GP and the diabetic clinic for several years.

Though his diabetes is now more under control he is still fed up with it. He hates not being able to enjoy food anymore and having to subdue a natural impulse to enjoy food, sweet things especially. As a student with a young family he is trying to cope on a tight budget and says that buying enough fresh food for them all costs more than is generally recognised. He goes for walks on Dartmoor with a friend but says that apart from walking, he cannot afford to pay to join a gym or go swimming regularly.

He realised he needed to manage his diabetes better for the sake of his family - and their happiness is a major incentive for him. Sometimes he feels low but can usually think things through and end up feeling more positive - he says he's lucky to have such a great family, so many good friends and a satisfying job.

Darren wonders why there seems to be little support for people who find controlling their eating habits difficult - he feels that if smokers and alcoholics can get emergency help so should people with diabetes who struggle with their eating.

Darren's wife worried when he was in denial about his diabetes.

Show in context
SHOW TEXT VERSION
PRINT TRANSCRIPT
My wife is happier now I'm in less denial. Because whilst I was in denial if she said anything then of course, I'm a nurse where I can bamboozle her with information and words and, and basically make her feel like she shouldn't possibly have opened her mouth. And that was wrong, but that's all part of the process isn't it? And I was wrong there. But so you know so she sat and quietly worried about her husband who wasn't facing his illnesses and therefore wasn't getting proper treatment, and therefore might not be around for as long as she was hoping. And so you know, that was a really big stress for her and so I think she's a lot happier now.

I've got another friend who, who takes me on walks and makes me sweat, and considering he runs up tors on Dartmoor, he makes me sweat [laughs]. And so he's got, he's on the case and my wife's much happier now I'm injecting. And you know and tries really hard to make food interesting and things and I, not that she does all the cooking, though she does do quite a bit at the moment because I'm very busy, but I used to do a lot of cooking. But makes me sound like awful bloke who comes in and demands food upon the table, wife. I'd never get away with that. But so yes, so'

So she's had quite a worrying time?

Yes, I mean she was hoping for a good innings of married life really you know, well you know 'traditional couple'. We're hoping, you know, hoping to get married and get together, make a home, have a family and sort of stay married until, for a good long time and grow old together. So she was sort of, you know, feeling I was sort of opting out of the last bit really and so she's a lot happier now I'm, obviously very concerned still about what's going on in my world and' She came to the last GPs appointment actually - that was very interesting for her. So, she enjoyed me being told off by a GP instead of her for once. So that was good fun for her [laughs].

Darren finds controlling his diet and his weight extremely difficult and says that diabetics need...

Show in context
SHOW TEXT VERSION
PRINT TRANSCRIPT
It is difficult. I don't smoke, I don't drink very much - apart from having a glass of wine with a meal on a weekend evening - so can't remember the last time I was over the drink-drive limit. So' So you know I don't have many vices in my world, and probably my only vice was a really good packet of liquorice allsorts or a really good meal. That was you know, the two things I really liked. And' Annoyingly there's a lot of help if you, a lot of help with people whose you know, their vice is alcohol or they're you know, there's lots of drugs and lots of free treatment. If your vice is smoking there's lots and lots of different ways of getting off smoking prescribed to you and special nurses employed by the by your PCT etc., to help you out with all this sort of stuff. But if you if you eat too much, your only option really is to go to a place with a load of middle aged women and talk about how many pounds you lost over a packed lunch, which is the most... I tried, I did it, but it was just like nobody else is from my world in this room. Nobody else gets what life what my world is about here. This is just bizarre. And I just ended up being mothered by 30 middle-aged women, which was really quite depressing [laughs]. And so that was that really.

No, that's not true, I have some great things in my life. I have a fantastic wife, I have brilliant children and I have the job I've always wanted to do. I have it all in some ways, but' There's that little thing that you want and you enjoy doing and that no one else knows about, and you know for some people it's the crafty cigarette, for some people it's a drink at lunchtime. For some there is something and I, and I really wish [laughs] I really wish it wasn't true. I really wish I was a better, holier person and I suppose I should with my job title, but the reality is that they were taking away my vice. They were taking away, they were taking away my little thing, my [laughs] what you know, [laughs] you know, it's not very sinful is it, a bag of sweets? But that's what, that's what, that's what diabetes has done for me is taken away my weird enjoyment.

Now he is insulin-dependent Darren has to carry his medication around with him and feels he is...

Show in context
SHOW TEXT VERSION
PRINT TRANSCRIPT
Insulin-dependence is quite interesting. You've got to make sure you're going to eat within 15 minutes of taking the injection so, my experience has been if you eat out or anything like that, you've got to wait for your meal to come because, I've been in those restaurants where you order your food and then you end up waiting, so you can't inject, order your food and then, you know, 'Oh I'm sorry, what did you order? Oh it's half an hour'. Great. I'm the guy shivering under the table.

So there's this whole thing of you know, you bring your support equipment out with you and so now I've got this rucksack with extra pockets in it that we bought, that has everything in it, and I mean I always carry a bag with me because I have so many things to carry around with me for the job, but, I don't know... I think there is a symbolism of being read, [laughs] upon reflection. So yeah I feel like that's me now, it's on my driving licence, I'm going to have to wear it on my wrist. I'm going to, you know, I'm going to have to declare it wherever I go and whatever I do. And almost when you weren't insulin-dependent it was less of a thing but now, because you are, there is an issue.

Darren gets down at always needing to follow a diet and take medication. He works hard at making...

Show in context
SHOW TEXT VERSION
PRINT TRANSCRIPT
And so I don't know, you get down days, don't you? And I definitely do, and I do feel like' You know, there is this whole big issue of permanently being ill which I can't escape from. I take my medication 3 times, 4 times a day. I inject twice a day, prick my finger numerous times a day, bleed for my disease. I' So, yeah, some days it's hard to deal with that. And I do feel like it's robbed me of a certain, a few joys, just a few things, you know, little simple things and now and again it crops its head up and just smacks you a bit really. You know, you talk about mortgages and then you realise, you know, how much insurance will be for a new mortgage because, because they're going to wop on me these extra bits of money because you're a diabetic. And you' 'Um' and 'ah' about going away on a trip and, then you think about the travel insurance and how much that's going to cost because you're a diabetic.

And' You go out and you're' You know, it's still stuff like at college, we all eat together on a Wednesday night and I get a special dessert come down for me of fruit - it's always fruit, they've got no imagination other than fruit - [laughs] so you know everybody asks for sort of either apple pie and custard and there's my fruit [laughs]. And so, it's just stuff like that, that when I think about it I get a bit annoyed about the whole thing and a bit cheesed-off with my genetics. And a bit cheesed off with of everything really.

And' But I suppose because I've been to that really bad place, I'm really' Very good at getting my act together when I get a bit down. I do work hard at making sure that I don't go there, and don't dwell in that place. I work very hard mentally and spiritually on bringing myself back out of that place as quickly as I possibly can. But I can imagine that for other people, dwelling in that place would be quite soul destroying. It just chips, it doesn't take the joy of life away, it just chips a little bit off the edge. And [laughs] now and again, it cheeses me off.