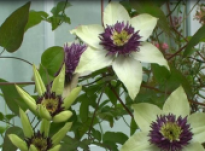 Courtney is 12 years of age, White British and lives with her parents and her older brother. Courtney goes to High School and likes swimming, tennis and rounders. Courtney took part in a clinical trial involving growth hormone treatment when she was six years of age. This meant she had to receive daily growth hormone injections using an injection pen. Courtney did not like having the injections and disliked having the blood tests when having check-ups at the hospital. She says that they made her feel faint and a bit poorly. Courtney also talks about how she disliked being teased at school for being small. Now that Courtney is starting High School, she decided to withdraw from the clinical trial and stopped having the growth hormone injections. She was in the trial for five years.

Taking the injections away on holiday was worrying for Courtney; she was worried that the fridge...

Taking the injections away on holiday was worrying for Courtney; she was worried that the fridge...

View topic summary
SHOW TEXT VERSION
PRINT TRANSCRIPT
Was that the injection? Okay. You didn’t want to have the injections?
But it didn’t, it did hurt, but not that much. But it did hurt at first but when I got used to it, but and then, and then I didn’t really like it when people were around I had to have it round like keep people [looks to Mum], didn’t I Mum?
It’s okay.
And...
It’s hard to remember it all isn’t it?
And then I had to take it on holiday and that and I didn’t want to. So that’s,
Why didn’t you want to?
Because, oh I don’t know. Because I didn’t want it, I didn’t want to take it on holiday because just in case like the fridge weren’t working.
Oh in case, was that because they had to be kept in the fridge to be cold, and you were worried that they weren’t, wouldn’t be kept cold?
Mm.
Did Mum have to check there was always a fridge?
Yeah.
When you went away?
All the time.

Having injections and starting high school were some of the reasons that Courtney decided to...

Having injections and starting high school were some of the reasons that Courtney decided to...

View topic summary
SHOW TEXT VERSION
PRINT TRANSCRIPT
But you were at you were at school at the time?
I think I was in primary school when I took them.
In primary school. And why did you decide not to take them anymore?
Because I, I was going to High School and that like I was fed up taking them.
So you were fed up taking them. Do you think they’ve helped you?
Yeah a little bit, but when I, when I used to take them, they, they, they, I was like, they stopped me growing, but they didn’t. But that’s, I feel like I’m growing better than when I took them.
You feel like you’re growing better without them?
Yeah.
So you’re not sure that they’ve quite helped you, or, do you think that was just...?
They were alight but I prefer it when I didn’t take them.
Why is that?
Because, I don’t know.
It makes you feel better not having to take injections does it? Or,
Yeah.
And did you, when you say your friends and that... Did you talk to your friends about what you were doing and...?
Not from the start when they had to like, showed me, I told them like when I was like in primary school, and they kept telling people, and I was like, “Oh, don’t tell people.”
And that put you off a bit did it? How did it make you feel that they were telling other people?
Really angry.
Did it? And what did you do with your anger?
Just calmed down.

Courtney got upset each time she had to have her growth hormone injections. Having the trial...

Courtney got upset each time she had to have her growth hormone injections. Having the trial...

View topic summary
SHOW TEXT VERSION
PRINT TRANSCRIPT
Is there anything that you’d like to say about your own experience? If you could sum up all your experience, how would you say it’s been? Just going to the hospital for tests and having injections?
Courtney' I hated going to hospital.
Did you?
Courtney' Because the needle and all that.
Was that the only thing, it was just the needles? That’s the main thing that you didn’t like and, and that made it quite hard for you. If it had been another way or having the growth hormones, if it had been in liquid form, or...?
Courtney' Yeah, it would be, it would be actually better if it was liquid.
Would it - you would prefer that?
Courtney' Instead of a needle.
And would you, if, if it had been in another form than a needle for you, do you think you may have stayed, continued taking them?
Courtney' Yeah.
So it’s really a thing about needles isn’t it? Like you didn’t like having the blood tests? Are there any other tests that you didn’t like or you had to have?
Courtney' No.
It’s just those.
Courtney' It’s just the needle.
It’s just the needle.
Mum' Carrying all the back up.
Courtney' And I hated going, I hated, I hated to go to the hospital.
Did you? Why is that?
Courtney' Because it’s a long journey, plus the needles and all that stuff.
Mum' But they looked after us.
Yeah.
Courtney' Yeah.
They were nice when you were there. But it was just the, was it a long journey because you didn’t want to go? You know, was it the thought of having needles and it worried you. Did it worry you at all?
Courtney' Yeah.
Did you get upset?
Mum' I think that’s why she, well she got herself all worked up, and then obviously having this faint.
Previous Page
Next Page