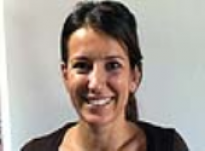 Age at interview: 34
Age at diagnosis: 33
Brief Outline: Maria was diagnosed with CGIN and CIN3 in 2009, aged 33, and treated by cone biopsy under general anaesthetic. She was shocked because her smear test showed normal results but further examination showed precancerous cells.
Background: Maria is married. She was unemployed at the time of interview Ethnic background / nationality' White European / Italian

In 2007 Maria went to visit her GP in Italy because she and her husband were planning to start a family. She’d also had some discharge and, after tests, was diagnosed with chlamydia and treated by antibiotics. She was given a smear test at this time, too, and this showed normal results. Her doctor did a further examination and found a polyp. She was referred to a gynaecologist in England.

The polyp was removed but results showed Maria had pre-cancerous cells. She was very shocked at this news because her smear test had shown no abnormalities. Maria was diagnosed with CGIN and treated by cone biopsy under general anaesthetic. After surgery, she was told that CIN3 had also been found and removed. Maria said she had never heard of CGIN before but was aware of CIN3 because her sister-in-law had been diagnosed with it previously.

After surgery, Maria said her mum visited her from Italy and looked after her for a week. She also received a lot of support from her husband.

Since her diagnosis, Maria said she paid more attention to her diet, and advised other women with CIN3 to look after themselves, to eat well and get plenty of rest. She was happy with the care she received but wary of smear tests because she’d received a normal result even though she’d had CGIN and CIN3 at the time.

Maria read a book about complementary approaches to cancer and changed her diet before surgery....

Maria read a book about complementary approaches to cancer and changed her diet before surgery....

So in the three weeks leading up to the cone biopsy did you change your diet?

In that three weeks?

Because then I realised I knew nothing about cancer and I knew nothing. I mean I didn’t even know, I mean I knew my mind because I was a bit pessimistic. I thought, “Oh maybe I already have cancer. Or maybe…” So I was reading all these books and I realised, I mean there’s a really good book about this French doctor called David Servan Schreiber about cancer. And he’s had brain cancer as well, so he goes through all the things, which are not conventional medicine, that you can do to help yourself like nutrition, meditation, exercise. I can’t remember now but like a few other things, and it’s really, really interesting. And it explains what cancer is, which I had no idea.

And he also explains that there is an epidemic and that there are reasons for it, like maybe not to drink tap water. Or, you know, just start to be aware of what the toxin is and how it can affect your body and all that. So I found that a really, really interesting book.

Obviously the three weeks leading up to that [cone biopsy] weren’t the best of my life. But I was really well looked after and the operation went really smoothly. Afterward, I mean my mum came here to look after me, which was nice. But I, you know, I hardly had any bleeding or anything disturbing, so just a bit weak. So now I’m waiting, I’m waiting now for the next colposcopy, which is meant to be in October.

And hopefully, oh yeah and then the results came. And they were CGIN, which had already been diagnosed, plus CIN3, which was something new. So I mean it was getting worse. But I mean the good news was that it was clear, the margins were clear. So there was good news I guess.

Maria was worried sex might be painful or that she could get an infection. For a while, the fun...

Maria was worried sex might be painful or that she could get an infection. For a while, the fun...

I felt worried and I thought, “Oh God what if it’s, you know, having a negative impact, and what if it gets infected or whatever.” And I didn’t really feel that much into the whole thing maybe because I don’t know, some time, yeah I’d lost a bit of spontaneity and fun. But I guess the more time passes, the better it gets again.

So at first you felt that even having sex felt different?

Or it was more how you felt, you were worried?

It was more in my mind I think than really how – I mean I didn’t have any pains or anything. I just thought that I might and then, it felt more like something that I had to do rather than I wanted to do kind of. I didn’t spontaneously really chose to do it. But it’s good to get your life back and well get, you know, your relationship back on track.

So now it’s better. It is much better now. I don’t think about it as much, so I don’t know, it’s almost like it’s at the back of my mind.

Maria often wonders what would have happened if she'd only had a cervical screening test (smear)....

Maria often wonders what would have happened if she'd only had a cervical screening test (smear)....

The smear test was fine but they found Chlamydia and they spotted the polyp. So it was the polyp that actually triggered, so that my doctor referred me to an oncologist to check it out. And he took it out and analysed it, and then the CGIN came up first. And then when they, once they took out the cone biopsy, the CIN3 came out. So I mean I think it’s really important maybe just to have more than a smear test unfortunately.

I often wonder, had I gone on the NHS and just had a smear test or had I got pregnant before, what would have happened? So, in a way, I’m really, really grateful that they caught it in time and that, you know, I had the visual examination as well. Because otherwise it might, you know, it might have
been undiagnosed.

I would really advise to look after themselves, you know, look after themselves, eat well, rest, sleep. Just get your body as strong as possible so that your immune system can help you. And then also, you know, have faith that it’s been caught in time and that it could be much, much worse, and be grateful for that I guess. That’s important because sometimes you just tend to focus more on why it happened to me rather than, “Thank God it happened.” That, “Thank God it was caught in time.” And not to look too much on the internet again. You know, just look for the positive stuff rather than the things that could go wrong. But I believe strongly also in nutrition and eating well, looking after
yourself. I think that that will definitely help your body.

Maria was advised to wait until shed had a clear result after her follow-up appointment before...

Maria was advised to wait until shed had a clear result after her follow-up appointment before...

He [consultant] said like, “No exercise for a month, no sexual intercourse for six weeks.” And then, well, no trying for a baby for four months, which was the hardest to accept really because, you know, as I said, you feel like time is passing by and it’s, you feel it’s a bit unfair.

But I mean we’re almost there, so October is coming up soon. So hopefully I will, after that I can get the all clear. Sometimes it’s hard to really understand why, so you think, “Oh.”

Would you have liked more information about that, you know trying for a baby afterwards?

Or anything to do with, if you’ve had CIN3 or CGIN?

Yeah. I mean the doctor said that there shouldn’t be any impact on fertility apart from the cervix maybe being weak, but they can stitch it. But sometimes you think, “Oh is that the whole truth? Or is there like an exception that I could fall into?” You know, your mind goes into overdrive I guess.

But, I mean I guess the best thing is to be positive and trust that you’re not going to be the one percent, or, you know 0.5 percent or whatever that is the real exception. And, I mean at first I was really annoyed and thought, “Oh this is so unfair.”

But now that I’m more relaxed I’m thinking how I’ve been really lucky because, had I got pregnant or something, and then maybe I wouldn’t have been to see a doctor for two years, and then God knows what would have happened. So, I guess it’s good to relax as well, which is not easy but it’s good to take a step back and actually realise you’re lucky rather than unlucky.

Maria had heard of CIN3 before because her sister-in-law had had it. She told her family and a...

Maria had heard of CIN3 before because her sister-in-law had had it. She told her family and a...

You mentioned that when you found out, obviously you told your husband?

Then you told your mum?

And you knew your sister in law had had CIN3 before. So did you tell the whole family? And you mentioned you hadn’t told friends. How did you feel about telling people? And what to tell them?

Yeah. I told all of my family, like only my close family, like my brothers, my mum, my dad and my sister in law. But I didn’t tell – I just told another friend, who actually then, as you said, she told me she also had it. So it helped, you know, to discuss it and she had only CIN, CIN3 she didn’t have both [CIN3 and CGIN]. But she had it ages ago and she’s now fine. So in a way that was good. And also she told me what to do and not to do, because she had, she was much younger but she partied the day after or something and then was really in pain for two weeks. Whereas I rested and so I guess that kind of, that helped, not to go crazy.

Maria healed well after a cone biopsy. She felt tired after having general anaesthetic but had...

Maria healed well after a cone biopsy. She felt tired after having general anaesthetic but had...

Afterwards did you have any bleeding?

No. No. Very, very little, not, nothing major. So now…

Yeah a little bit of tiredness. Yeah, tiredness. I can remember walking down the street after a few days I was really, really tired. But then with a general anaesthetic I guess, and also I have to climb these three flights of stairs, which are not ideal. So I mean, but I was lucky because my mum came to look after me and, you know, she cooked and fed me nice Italian food. So that was nice [laughs].

That would have helped your recovery [laughs].

Yeah. Oh yeah and another thing I did was I bought a book on vitamin supplements to take before and after surgery. So I took a lot of these vitamins, so I don’t know if that helped. But it felt like it, you know. I had very little side affects from the operation. And it felt, I don’t know, well I still haven’t seen the doctor but it felt that it healed pretty good.

So that’s good. Not really much bleeding.

And were you working at that point?

No, I wasn’t working so that was a help I guess. Sort of being able to take your time and relax.