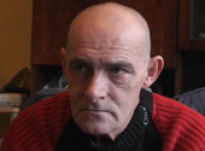 Age at interview: 54
Brief Outline: Andrew discovered he had hepatitis C virus in 2003, when he went to his GP after feeling unwell. He believes he got it from having a tattoo in Spain. He has recently agreed to take part in a biobanking study.
Background: Andrew is a former van delivery driver (now unemployed). He is married with no children. Ethnic background' White English.

Andrew was working as a delivery driver when he felt really ill one day in 2003. His GP advised him it might be porphyria, and that this was commonly associated with infection with the Hepatitis C virus. So Andrew did a test and was told he did indeed have Hepatitis C. He was shocked, as he had always thought of it as something affecting injecting drug users, and he has never used drugs. Looking back he thinks he probably got it from having a tattoo with an unclean needle when he was in Spain. He had a year of treatment, a combination of ribavirin and interferon, and found it made him feel very unwell, depressed and tired. Unfortunately the treatment did not work, and he has not been able to clear the virus from his system. The condition still affects his energy levels, his appetite and his sex drive, and it has left him with a lot of uncertainty about his future.

Andrew believes that people should not try to hide it if they have Hepatitis C. He found it really helpful talking to other people with the condition at a support group, and is sad the group had to stop meeting because of lack of funding. He knows some people don’t like to join groups and prefer to keep the condition secret, but he feels people should not have to feel ashamed about it.
He has recently agreed to take part in a biobanking study, in which blood and liver tissue samples will be taken for research purposes. Andrew feels very strongly that helping others is a duty in life, and he is very much in favour of research, even though he knows it is unlikely to help him personally. He feels he has had excellent care, and doctors can only improve the way they look after people if patients are willing to volunteer for research.

Even as an animal lover, Andrew supports using animals in research as long as it is done carefully.

Even as an animal lover, Andrew supports using animals in research as long as it is done carefully.

View topic summary
SHOW TEXT VERSION
EMBED CODE
PRINT TRANSCRIPT
And even as an animal lover, you’d support the use of animals in research then?
Yeah, of course I will - as long as they’re not abused. If it’s for research, and not abused, I will back that up. Because a lot of these animals, like pigs, mice, where did we get all this medication from? Where can we get them? Because they have to do research. A couple of little mice might die, a couple of pigs might die, a couple of monkeys might die, but they’re not cruelly. A lot of people say it’s cruel. But my motto is, if I had a daughter and they said to me, “We’ve got some medication, but we’ve tested it on monkeys, or tested it on whatever animal. Would you give it a trial? It’s the only option.” As a father, what am I going to do? Test it. If it works, it works. If it doesn’t, we’ve lost nothing. And that’s my motto, “Research, research, research.” If you can’t do research in this world, it’s, well, it’s immaterial to me. I wish somebody would research on my brain. Well, they’ll do that when I’m dead anyway. But at the end of the day my motto is, you’ve just got - I can live, I might be living for the next ten years or twenty years. If I do, I’ve had a good life. If I don’t, it’s immaterial to me, you know. But it upsets me sometimes. You see things on television. They’ve got, right, you get Cancer Research, you get, what’s that other one, them nurses? Macmillan nurses. “Give this, give that”. Give it to them. You must give it to them. It’s only three quid a week. And if anybody’s listening to this, three quid a week - you think, when you go down the pub, that’s a pint. Your daughter might be dying, or your son or your wife or your mother. What’s three quid a week? Look after the animals, because without the animals you can’t get research. I always give to Cancer Research, RSPCA, PDSA. But that’s my choice. A lot of people don’t do that choice. But I give to them. I look after animals, I look after people. But my basic moral, just me morally, is research.

Andrew felt a shooting pain in his arm during a liver biopsy for which the nurse gave him some...

Andrew felt a shooting pain in his arm during a liver biopsy for which the nurse gave him some...

View topic summary
SHOW TEXT VERSION
EMBED CODE
PRINT TRANSCRIPT
Can I ask you what the liver biopsy is like? Tell me what it feels like and, to go through?
Well, what they do, you have to go in hospital. You can go in hospital, you can have somebody with you, or you can do it overnight. See, because my missus is disabled, I had to do it overnight. And you go in, you can’t have nothing to eat or drink. It’s like you’re fasting. And they inject you, numb you on your right-hand side, and if you saw the size of the needle, you’d have to turn your eyes away. They numb you and they push the needle in. But prior to that, doing that, they said to me, “Can you give some for research?” So, “Okay, get on with it.” The first one, you don’t feel. The second time they go in, well, the last time I had a biopsy, the second time I had pain in my shoulder. It just went [sound and gesture of shooting pain]. I had pain down there [indicating] and I had to ask the nurse, “Can I have some painkillers?” And they gave me pethidine to get rid of the pain. Without that - but I had to, when you have the biopsy you’ve got to lay on your side for six hours. Because I’m a smoker, I wouldn’t stay on my side for six hours. I waited a couple of hours and then I got up and went out. And it’s very dangerous, because you could bleed. But if you want to get well, you’ve got to go through these procedures. And I’m just waiting for another one, and I’ll still go. You don’t actually - the second one, maybe she didn’t put enough, numb me, numb me first. The first one was okay. But the second one, she might have hit me in the same spot or a different one, and - but I was okay after that. It’s, it doesn’t hurt.

View topic summary
SHOW TEXT VERSION
EMBED CODE
PRINT TRANSCRIPT
I’m not selfish. But other people who don’t go won’t know they can get help. They want to hide it. Why hide it? It isn’t going to go away. You’ve still got it.
No, but it could help them if they went.
Yeah. They don’t see that, you see.
No?
It’s, well, I have to say they’re selfish because it’s like in their mind they say, “Oh, I’ve got it. What about me? What about me?” “No, it’s not about you. What about other people?” And they never do it. And that’s what really annoys me. Because research, to me, if you don’t do research, how does people know what’s going on in this world? How do they conquer the black plague? How do they conquer cancer? How can these psychologists or psychiatrists come, combat mental health problems? They can give medication out, and the only way they know the medication is by researching people. See, that’s what annoys me with a lot of people.
It sounds as though overall you’ve been very happy with the care you’ve had and the way that the staff have been.
Yes, I can, there’s no way can I disrespect or knock the treatment I’ve had. The NHS and the hospital I go to and the treatment I’ve had, I highly regard, well, I respect. And if they ever ask me to do another research for this, I’m your man. Some people might say, “Oh, I’m a lab rat.” But in my eyes without the lab rats you’ve got no research. And that’s, that’s my motto anyway.

Andrew urges others to give their time to research because it will help other people in the future.

Andrew urges others to give their time to research because it will help other people in the future.

View topic summary
SHOW TEXT VERSION
EMBED CODE
PRINT TRANSCRIPT
I just think as long as I can help somebody else… Look at your treatment. If it don’t work, just get on with it. But please give to research. That’s my, that’s my strong message. Please help people. Give to research. Without research, you wouldn’t have been in the front of the camera. Without that camera, how do they research people? By speaking. Please give your time and your blood and your body, whatever. It doesn’t hurt. Because you’re always looking after somebody else. Don’t think about yourself. Think about the future, your kids, children in the future. That’s my motto.
Previous Page
Next Page