Bereavement due to suicide 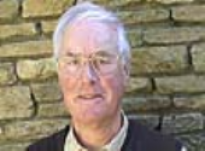 Age at interview: 69
Brief Outline: Colin & Barbara's son, Matt, found his first job as a junior doctor very stressful. In 1992 Matt was found dead in a crashed car; probably due to suicide. He was aged 24. Colin & Barbara were devastated. Colin found help from friends and family.
Background: Colin is a university academic and writer. He is married and has 2 grown-up children. He also had a son who died. Ethnic background/nationality: White British.

Colin and Barbara’s son, Matt, was very talented (see interview number 23 for Barbara’s interview). Matt was a high achiever and a good sportsman. He studied medicine at university and seemed to enjoy his days as a student. In 1991 he started his first house job, which he found stressful. He was living in a house on his own and he felt unsupported by senior colleagues. After about five months he left his job and returned home, feeling unhappy, inadequate and depressed. Matt started working for a medical publishing firm and moved to another town.

Colin felt devastated. The pain he felt from losing his son left him almost speechless. He found it quite hard to talk for a while and had a series of nightmares. He felt slightly responsible for Matt’s unhappiness because he had encouraged Matt to study medicine. Colin’s GP explained that he was suffering from an “unnatural grief”, which Colin found helpful.

Matt’s funeral was held at a crematorium about 10 days after he died. Some of his favorite music as played, such as A Whiter Shade of Pale. His ashes were scattered at the crematorium. Later Colin and Barbara planted at tree in Matt’s memory, at a local arboretum.

The inquest was about four months later, which Colin described as a “painful experience”. Colin thought that the coroner lacked kindness and compassion. The coroner delivered an “open verdict”, because even though Matt had left notes before he died there was still some uncertainty surrounding the circumstances of his death. Colin thought that this was the right verdict.

Colin never sought professional help or counselling to help him with his grief, nor did he join a support group.

Over the years since Matt’s death Colin says that some memories have become a little less painful. For example, from 1992 until this year Colin could not listen to New Orleans piano jazz because he associated it with his son. Now he can listen to that particular music again. Colin says that “time does not heal all things but something’s get slightly better.”  Colin often thinks of Matt, especially at certain times, such as when playing golf, because he used to enjoy his company on the golf course.

Colin was interviewed in October 2007

Colin and Barbara's son, Matt, was not happy as a junior doctor. He found it hard to cope without...

Colin and Barbara's son, Matt, was not happy as a junior doctor. He found it hard to cope without...

I have the feeling that I bear some responsibility for the sad event with which we have lived ever since, in that I suspect because I had seen how much his big sister had enjoyed doing medicine I rather pressured Matt to follow her footsteps, and he was polymathic, he could’ve done anything from astrophysics to Chinese as it were, but he could equally do medicine and did. So it seemed, but it became clear as he went through medicine that even though he graduated perfectly easily and went into his first house job that he was uneasy with it, and despite his great abilities and praise heaped on him by his own consultant he was not comfortable with it and gave up within the first year. I think he had an unfortunate experience, junior house officers were particularly exploited at that time, things have got easier since, but his partner’s father died and she was off like a flash to look after that area of need in her family, so that he was left very exposed in the job that he was doing and going back to a house with no company at the end of a long day, all of these pressures got to him and he came home to us, confused, unhappy, and hoping for some recognition from the  university clinical department which had placed him in his house job, for some support and recognition. That did not come, and I think that contributed to the depression which afflicted him thereafter.

Why recognition, what, what was he hoping?

He was hoping that the University Clinical Department would’ve placed him somewhere better supported in his house job, than the one in which he was suffering at the [provincial] hospital.

After his son died, Colin experienced what he called 'painful grief'. He found it difficult to...

After his son died, Colin experienced what he called 'painful grief'. He found it difficult to...

I mean the emotions are quite awful, I mean there was a stage when in the immediate aftermath I actually found it difficult to speak, such was the pain I lost; my vocal chords had gone, you know, that’s an immediate [reaction]. I also had a series of nightmares which faded after oh I don’t know a month or two, but they were, you know like quite, I mean, I don’t, I don’t dream normally and I hadn’t dreamed before and I haven’t dreamed since but in that period, in that period when you are suffering with such pain, literally, painful grief, I certainly suffered a series of nightmares which were quite alarming.

Colin and his wife felt obliged to drive in the night to identify their son's body in the...

Colin and his wife felt obliged to drive in the night to identify their son's body in the...

Had they found your son in the car?

Yes. Yes. And as time stood still, we went to the [hospital] and were taken by the lady known as the “deaths’ lady” I understand, to the mortuary to identify, in the company of a police officer, to identify our son dead at the age of 24.

I have to get you to give the [hospital] credit, they had taken time to, even if dear Matt had died in the horror of running his car into the wall of an historic building, they had very much cleaned him up so that he was superficially, simply a cold version of the boy we had known and loved for the previous 24 years.

It must have been very difficult.

Yes, I think my wife has never forgiven the constabulary for requiring us to drive through the night in a state of, how can you describe the state in which you are when you suspect the worst but do not know, and you are going to confirm it as it were?

You had to drive yourselves?

Colin felt that the coroner lacked 'humanity' when dealing with his family during the inquest...

Colin felt that the coroner lacked 'humanity' when dealing with his family during the inquest...

Mm. To go back to the inquest, I got the impression you weren’t very happy about how it was conducted. Do you want to say a bit more about why?

Well let me just put it this way, it was conducted entirely properly in accordance with the precepts of the law as affecting coroners inquests. I did not like the personality of the coroner concerned who seemed to me to lack humanity in dealing with, in dealing with bereaved families. I did not particularly like the police force but these are simply personal responses to people who by their own standards were doing the proper job which the law required of them.

How could, people might learn from this, how could the coroner or the police have made themselves more human and comforting?

Well I have to say that I did meet, I did meet in what, in the, in my early dealings with the coroners office, the sort of retired police officer who you felt very comfortable in dealing with because they, he had the humanity to recognise that he was dealing with a human being in grief.

And he to his credit, understood and showed compassion in his dealings. That was not replicated by the coroner himself, or by the police officers who are dealing with deaths of various sorts from time to time as a necessary consequence of their occupation.

Was that by the choice of their words or just their manner?

Mm, because it’s important we learn from this.

And indeed, yes yes yes. Yes, I have to say that I can remember one retired police officer who was the, one of the coroners officers and he distinguished himself in my mind by the humanity with which he dealt with me, but he was unusual in the context of the people with whom I was dealing at this stage.

So would, would you have preferred, liked the coroner just to have said how sorry he was, or something like that at the beginning?

That would’ve been a help, wouldn’t it?

Would’ve been a help yes. It would, perhaps they’re now under strict instruction to do exactly that, but at that particular stage it didn’t seem to occur to the coroner…, you have to allow for the fact that coroners deal with a number of disagreeable elements in society, when I was wheeled in front of him on this particular sad errand, he was probably recovering from some dealing with something even less agreeable, I don’t know.

Colin couldn't listen to New Orleans piano jazz for years. It reminded him of Matt. This year, 15...

Colin couldn't listen to New Orleans piano jazz for years. It reminded him of Matt. This year, 15...

Over the years how have things changed? Your feelings and recollections?

Well, I have missed, for years I couldn’t listen to, I particularly like New Orleans piano jazz, and I couldn’t listen to New Orleans piano jazz from 1992 until this year, because it had always been associated with playing in the background when we, as we played snooker, and we played to solo piano jazz by Jimmy Yancey who was one of the New Orleans or, no Delta and Chicago piano jazz black piano musicians of the 1930’s and 40’s, and we’d always played snooker to that background. And I just couldn’t listen to this sort of music for 15 years, I’ve been able to listen to it again this year, so there you are that’s time, they say time heals all things. It doesn’t heal all things but something’s get very slightly better. That particular element of pain washed over.