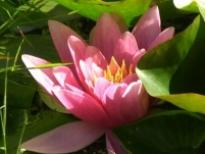 Brief Outline: Katie and Sarah are sisters. Both were diagnosed with Alport Syndrome in their early teens. Neither of them have any symptoms. They both try and keep healthy, and plan to go travelling after their studies.
Background: Sarah aged 18 is a full time student at a local college. Katie aged 15 is at school. Ethnicity: White British.

Katie and Sarah are sisters. They were both diagnosed with Alport Syndrome, at the age of 11 and 14 respectively along with their mother,. Sarah was diagnosed first, after a hospital check-up for being underweight. A later DNA test confirmed Sarah’s and their mother’s diagnosis. None of them have any symptoms, apart from having blood and protein in their urine.
Katie and Sarah recall that when they were diagnosed, they “didn’t know what to think of it”, being unsure of what Alport Syndrome was. The doctors told them that since they were female, it was unlikely to affect them. However, they were told that their children have a 50% chance of inheriting the Alport gene, but neither of them is thinking of family planning just yet.

Both Katie and Sarah are open about Alport Syndrome in front of their partners and friends. Yet, they find that “it’s a difficult thing to bring up in conversation” because the outside world “can’t see anything physically wrong” with them. The condition doesn’t affect their social lives.

The possibility of developing symptoms later on in life doesn't worry them anymore. They are keeping healthy by drinking enough water. Neither of them received dietary advice with their diagnosis, but they follow a diet low in salt and protein.

Both of them enjoy travelling, and they are planning to take a gap year after their studies to go see other continents. In their free time, Sarah enjoys playing music, and Katie aspires to be an animal trainer and work with big cats in Africa.

Katie and Sarah talk about explaining their Alport Syndrome to other people.

Katie and Sarah talk about explaining their Alport Syndrome to other people.

View topic summary
HIDE TEXT
PRINT TRANSCRIPT
Sarah: Well, I've told my friends about it, and I've explained it to them. But it's not exactly an interesting thing, so there's not much to say.

But they are quite aware of it. Like they know, and they remember about it. They don't just forget about it.
It's a difficult thing to bring up in conversation, because it's not like - it doesn't feel like a serious disorder, because obviously they can't see anything physically wrong with me. And they're just like 'okay, you go to the hospital once a year, and that's it'. But then like in the future obviously it could affect us, and all that. And it's really difficult to explain to people, because when people talk about children and that, and they're like "Do you want kids?" And I'm like "Well no, but then I have this thing anyway that I have to consider." And they're like "Oh, okay." And like they don't really understand what it means, so.

Sarah: Because it's not an outward difference. But when you tell people that you have a genetic sort of thing, everyone just kind of looks at you differently, so.

Katie, what about you?

It's quite frustrating, because you can't actually cure it. Because like, I used to be like "Well, can't you just take it out?" But it's just too small. There's nothing to be done.

Sarah says she remembers having a kidney ultrasound which was weird.

Sarah says she remembers having a kidney ultrasound which was weird.

View topic summary
HIDE TEXT
PRINT TRANSCRIPT
Which I just remembered, because they were doing it when they were - like just after the diagnosis, I think. I had an ultrasound on my kidneys and I had to like drink something, and see how it went through and stuff.

How was that? Was that in the local hospital, or?

Yeah, I think so. It was weird having an ultrasound. Because obviously you think pregnancy when you hear ultrasound [laugh]. But it was, it was alright.

And what did they exactly do?

I think I had to drink something, and then I lay down and they had an ultrasound thing which they checked my kidneys with. And they were like "okay no, everything looks fine." And I was like "Okay, then." Think I was still quite young at this point, so it was a bit weird, but.

Yeah, do you remember what age you were?

I think I was 14 when that happened.

Sarah and Katie talk about Sarah going through anxiety and depression and whether Alport Syndrome was a factor.

Sarah and Katie talk about Sarah going through anxiety and depression and whether Alport Syndrome was a factor.

View topic summary
HIDE TEXT
PRINT TRANSCRIPT
Sarah: I've also had like mental health issues as well. I've recently like gotten over it, but it was in the end of 2012, 2013. Which was just after we'd like solidified all that Alports stuff. So I was really stressed out. And then to go through all that as well, sort of like.

Can you tell me a bit about that? What sort of - did you feel low, or was it sort of?

Sarah: It was sort of - it wasn't to do with Alports specifically. But I suffered from depression and anxiety, sort of things. I haven't had medication for it, though it was offered to me. But I think I was asked when I went to the doctors whether they think that the Alports could have been a reason, and I was like - it did upset me, because I thought about my future and all that, but it wasn't as big as a contributor as other things were. But it was, like I was stressed out already because of that, so.

So it was a sort of contributory factor, amongst other things.

And how were you feeling at that time?

Sarah: I was quite bad, at the time. And Alports was sort of there as well, as being another things that was wrong with me, so. That wasn't fun, but. I'm a lot better now, so.

I was going to say - how did you sort of support - where did you get your support from, or how did you manage that?

Sarah: I've been - I went to counselling for a while, but that didn't really help me that much. And I think going out of high school and moving into college helped a lot, because I wasn't in that environment any more. And I think I only told Mum and Katie recently [laugh]. Because obviously they knew something was going on, but they didn't - I tried to keep it from them. And I went to the doctors on my own and stuff, so.

Really? So you actually tried to manage things quite a lot on your own then?

How did you feel about that, Katie, finding out, or?

Katie: Well I was quite - it was like very big part of everything, it was really huge. Very shocking. And it was strange, because she'd already kind of been through it, without us knowing. And then she decided to tell us. And I was like "Oh, okay." I mean, I'd say you've told me quite a lot about what happened, and I know most of the stuff that happened.

Sarah and Katie are glad that they have each other and their mum for support.

Sarah and Katie are glad that they have each other and their mum for support.

View topic summary
HIDE TEXT
PRINT TRANSCRIPT
Sarah: I think we have talked with [our aunty] about it before.

Sarah: But I think - she doesn't have children, so she's not really in with that. And I think Mum's brother, [name], he does have children and we used to see them a lot. And it was weird because they don't have Alports or anything, so they're not really - like it's mainly just me, Katie and Mum that it affects. So they don't really know how to talk to us about it.

And how does that feel, being - sort of it's just like the three of you?

Katie: Good that there's three of us that have it, not like just one of us or anything.

Katie and Sarah want to take gap years and travel before they start their careers.

Katie and Sarah want to take gap years and travel before they start their careers.

View topic summary
HIDE TEXT
PRINT TRANSCRIPT
Sarah: I'm going to be doing my new course, which is going to be two years at least. And then I'm planning to take a gap year. And I want to go to Japan at some point. So I'm going to hopefully save up for that. And then after that I'll probably find a job doing painting and decorating somewhere, so.

Is that what you want to do?

Sarah: She has big ambitions.

Sarah and Katie feel that it’s not hard for others to accept their condition but it’s hard to explain.

Sarah and Katie feel that it’s not hard for others to accept their condition but it’s hard to explain.

View topic summary
HIDE TEXT
PRINT TRANSCRIPT
And what about sort of - the Alports, does it affect things like your social life, or relationships, stuff like that?

Sarah: I was in a relationship about eighteen months ago. And she was my friend at the time, so I was talking - sort of talking to her like through the process, because we'd been friends for a long time, so she sort of knew when I was being diagnosed. But then I still like sat down and we had like a long like talk about it, in case we ever decided to have children. But I think it's not hard for people to accept it, it's just hard to explain it to them, what that actually means, so.

So she'd been through it, actually quite -

Sarah: Yeah. With me.

- so was quite aware of what was happening, and.

Sarah: But like new people that I talk to, like if the topic comes up and I'm like "Oh, I've got Alports." They're just like "What's that?" And it's like a half an hour conversation to explain to them. And they don't really understand what that would mean, because they haven't really been through it, so.

And what do you think about sort of like relationships in the future, about like sort of telling somebody, a partner?

What do you feel about it [Katie]?

Katie: Well, I mean, if I decide to have children, I'd definitely tell them quite early on in the relationship, because I think they have a right to know. And I think - but it doesn't really affect my social life at all. Because my friends know I have it, but they don't really understand it particularly, but it doesn't really change anything.