Seeing the GP: Advice and tips for young people 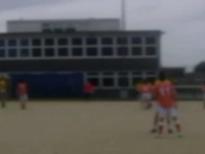 Brief Outline: Gentian rarely sees the GP as he’s usually healthy. He is satisfied with his local surgery but would like it to have longer opening hours – this would make it easier to get appointments after school.
Background: Gentian is at school and lives with his parents and older brother. Ethnic background / nationality: Albanian.

Gentian rarely sees the GP (local doctor) as he’s usually healthy. His earliest memory was going because of a chest infection. Most recently he saw the doctor because of back pain.
Gentian’s mum usually books the appointments and goes with him. He usually sees the same doctor and, though he has seen other GPs, prefers his regular doctor, who he finds friendlier. Gentian also appreciates that his regular doctor addresses both him and his mum. He has never felt rushed in appointments, and finds that the doctors at his local surgery take time to address his problems. He does feel, though, that doctors don’t always listen to what young people think about their symptoms. Overall Gentian is satisfied with his local surgery but would like it to have longer opening hours – this would make it easier to get appointments after school.

Seeing the school nurse has been less positive for Gentian, who he saw about a stomach ache and, more recently, back pain. He feels that the school nurse is less understanding and sometimes doesn’t believe pupils when they seek help.

On one occasion Gentian had to go to A&E (Accident and Emergency) for a burst lip because he was kicked in the face while playing football. His mum drove him to hospital, where he had to wait for more than two hours to be told that he needed to come back the following week for stitches. Gentian feels that the waiting time in A&Es should be reduced. He would also like waiting rooms to have a separate section for younger children.

Gentian rarely uses the internet to look up health-related topics, including symptoms, but if there was a website for checking symptoms he would read that before going to the GP. He likes the idea of being able to have telephone consultations but is less enthusiastic about emailing a GP – he feels that people don’t always answer emails immediately and that it is more reassuring to hear someone’s voice when seeking help for a health problem.

Gentian would be fine seeing the GP after the first visit on his own. At the moment he prefers going with one of his parents.

Gentian would be fine seeing the GP after the first visit on his own. At the moment he prefers going with one of his parents.

View topic summary
SHOW TEXT VERSION
PRINT TRANSCRIPT
Have you ever been actually on your own to the doctor, or not yet?

Would you feel comfortable going or you prefer going with your mum, what would you…what do you think's most comfortable.

I'd prefer going with either of my parents but I wouldn’t mind…I like…it wouldn’t be bad if I went by myself.

I'd be a bit like nervous for the first time I reckon, but if I went like more than once by myself, I'd be fine I think.

And do you feel that doctors listen to young people around your age, or could they be better?

I don’t know. They listen to what we had to say in terms of what like what's wrong with us. But I don’t know if they like take into consideration what we actually think, like not really sure but....

Gentian burst his lip during football. He needed to have stitches at another hospital. He’s been to A&E a few times because of football injuries.

Gentian burst his lip during football. He needed to have stitches at another hospital. He’s been to A&E a few times because of football injuries.

View topic summary
SHOW TEXT VERSION
PRINT TRANSCRIPT
I was playing football and I got kicked in the face and my lip bust so I had to go to the hospital then.

Where were you, were you at school or were you somewhere else?

No, I was just playing football for my team on a Sunday.

So, who took you there?

They phoned her and then we went and then they took me home, and then my mum took me to A&E.

So they took you home first and then to A&E. Can you remember what happened there when you went to the hospital?

I had to wait in A&E for a bit, and then a nurse came and asked me some questions about what happened. Then I had to go…then they gave me some paracetamol. Then I had to go back and wait. Then they took me in and said that they couldn’t stitch it up then, so I had to wait for the next week to go to a different hospital to get it stitched up.

Right. So did you see the doctors that day as well or just a nurse?

I'm not sure if he was a doctor but I'm pretty sure it was just…it was only nurses.

They were OK but it was just like a bit long having to wait for them to first come and ask questions, and then I had to wait there for another like two, two and a half hours. Then, when they came and they just told me they couldn’t do anything, I felt like a bit annoyed.

Because you'd been waiting a long time hadn’t you?

And what did they actually do while you were there, did they…?

They cleaned it up and then five minutes later they came and told me that basically I had to go because they couldn’t do anything about it.

Did they say anything about your next appointment?

They said that the earliest that they could do it was the next Friday, and I had to go to a different hospital as well.
Previous Page
Next Page