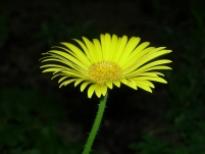 Age at interview: 70
Brief Outline: Michael was diagnosed with his health conditions in childhood and believes he was born with them. His main problem is epilepsy which is poorly controlled and his medicines makes him feel in danger of falling. He also has a lung condition (bronchiectasis).
Background: Michael is married with two grown-up children. He is a retired IT project manager. Michael tires easily so his wife Pauline speaks for much of the interview. Ethnic Background: White.

Michael has had two forms of epilepsy for his whole life: both tonic-clonic seizures (which have led to hospitalisation on occasion) and complex ones; the latter of which became more frequent as he got older. During one hospitalisation for a seizure the medical staff “were convinced” that he’d had a stroke. Michael’s medicines make him feel unsteady on his feet as if he is about to fall over.

Michael was diagnosed with bronchiectasis (a lung disorder) at the age of 7. At 16, he had an operation on one lung to try to remedy the problem. Ever since, Michael has to drain his lungs daily (by being banged on the back for ten minutes or so). Although medicines are available for his lung condition, he has been told that he cannot take them as they would “interfere” with his epilepsy medicines. When he was in hospital, his need for chest drainage was ignored by hospital staff, who as Pauline states, “Just focus on why he was admitted at that time.”

Michael is unable to write, is “more or less housebound” and needs to be accompanied by his wife when outside. On one occasion he was taken off his epilepsy medicine whilst in hospital and deteriorated to the extent that he ended up in intensive care. A major problem is a lack of continuity of care when Michael leaves hospital after periods of inpatient care. Pauline feels that staff do not undertake proper risk assessments before sending him home.

Pauline reports that together they feel that there is a lack of emotional support from health services. She hopes to find such support in a carers’ forum. They used to use a local epilepsy group but it closed down. Pauline mentions the stigma of epilepsy, that the public see it as a “mental condition.” Michael was told that he is not allowed to go on the organ donor register due to the number of medicines that he currently takes.

During a hospital stay, Michael Y’s wife Pauline was better able to recognise his seizure activity than hospital staff. After Pauline asked to see a specialist a junior doctor acted on her records in order to control the seizures.

During a hospital stay, Michael Y’s wife Pauline was better able to recognise his seizure activity than hospital staff. After Pauline asked to see a specialist a junior doctor acted on her records in order to control the seizures.

View topic summary
HIDE TEXT
PRINT TRANSCRIPT
Pauline: In the past, it hasn’t been very it hasn’t been very easy at the hospital, because whenever we’ve gone in with Michael, even people on neurology ward will deny that Michael is having a seizure, when he’s having seizure.

And nobody can sit down with him. In fact, one time, he was in just a couple of years ago and he’d come in on the Sunday with status [epilepticus], and they’d sent him to the neurology ward and he was still, every three minutes or so, he was having some seizure episode. And the junior neurologist came down because they were going to send Michael home and I said, “Hang on.” I said, “I want to see a neurologist.” And the junior one came down and I said, “Michael cannot go home. You’ve not sorted him out.” And he said, “What’s the problem?” So I said, “Well, if you stand here just for two minutes,” I said, “You will see what I’m on about.” And as I’m talking to this doctor, Michael sets off with the seizure episode, and it was only three minutes. He said, “How long has he been like this?” And I said, “Since he came in on Sunday.” And I gave him the list that I’d noted down. I went in at nine o’clock in the morning to the hospital, I sat with Michael until he, because he couldn’t eat properly, nobody was feeding him, and I would only leave when Michael had had his evening meal that night. And I gave him the list of all the times Michael was having these seizure episodes and he said, “Right.” He said, “I’m not going to go off what the staff are saying.” He said, “Carry on taking the notes.” He said, “Put them at the end of the bed.” He said, “Now we’ll go off your notes.” And bless him, he did do and for the next three days, he was looking at the notes that I’d been taking all day, and then they could give him the right sort of medication and within five or six days, they’d brought his seizures down. And that was after me actually requesting to see him, because I knew there was something going on but everybody was denying it, because they weren’t there all the time. You know, they’re rushed off their feet, fair enough, but even when I said, “Look, Michael is having a seizure, come and see it.” “Oh, we don’t think that’s a seizure.” But, you know, so, obviously, even some of the staff on the ward aren’t actually sure what seizures are.

You know, because there are so many different types of seizures.

But so, you know, it has been quite hard in the past, but they are beginning to know us at the hospital [laughs].

Pauline says that she doesn’t see any planning when Michael Y is discharged from hospital. She feels that there is insufficient assessment of whether they can cope at home.

Pauline says that she doesn’t see any planning when Michael Y is discharged from hospital. She feels that there is insufficient assessment of whether they can cope at home.

For both Michael and yourself.

Do you feel that that’s taken into account or considered by medical professionals?

I would say that once the actual diagnosis of what the problem is, i.e. his seizures, and his medication, there doesn’t seem to be any correlation with sort of going home and, “How are you going to cope? Do you think you have the right equipment etc.?”

I mean on his discharge notes this last time, I was given a copy and, obviously, they have a copy and they send a copy to our local GP.

And it actually says the date that he was admitted and it says the date that he was discharged and it says, “Discharge destination unknown.” I said to Michael, “Well, do they not know we’re going to our home address?” “Is he living on his own? What’s the house like? Can he move around the house? We know he’s not walking properly. Do you have stairs to contend with? How does he wash himself?” You know, there is no sort of consideration in that way as to how things are going to be when you’re at home. You know, it’s alright in hospital when you need a wash and you might need a nurse there that can come and help you or feed you, or they’re supposed to do anyway [laughs].

But there’s none of that for when you go home. But I mean I know I’m going to take care of Michael. I know he’s in safe hands at home but nobody says, “How are you going to manage?”

There’s almost the…perhaps this expectation that, you know…

“Right. We’ve discharged him now. That’s the end of it and we’ll see you in your six week check-up.”

Pauline describes that the key ingredients in her husband, Michael Y’s care would involve a sympathetic person trained in epilepsy who can be a friend to him when he is having a seizure.

Pauline describes that the key ingredients in her husband, Michael Y’s care would involve a sympathetic person trained in epilepsy who can be a friend to him when he is having a seizure.

View topic summary
HIDE TEXT
PRINT TRANSCRIPT
If you could describe the perfect support system for yourselves, with Michael’s conditions.

For support for Michael, to have somebody with a complete knowledge of epilepsy and the complexities of epilepsy, to be able to be with Michael whereby they’re not frightened if he had a seizure and they can cope with it. Be more of a sort of pal, sort of a friend.

But, you know, he’s not stupid. He’s not mentally ill. It’s not a mental condition that people sometimes think it is.

But he is a normal person that can walk, that can talk, well, he’s struggling with walking at the moment, but that can walk and talk and communicate, apart from if he has a seizure.

But, you know, somebody that understands that and doesn’t want to turn away or walk away or say, “Oh no.” You know, like, “He’s a bit doolally, I don’t want this.” It and that, but just somebody that has the sympathy and the understanding of a person with a brain abnormality. You know, it’s not a mental illness. It’s just a medical abnormality with the brain.