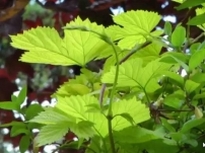 Michael has been asthmatic since childhood and was later found to have had tuberculosis (TB) and, more recently was told he had Chronic Obstructive Pulmonary Disease (COPD). Part of his left lung has been surgically removed. He has a leaky heart valve and has had a stroke.

Michael is married with three children of his own and three step-children, all grown-up. He is a retired lecturer. Ethnic Background: White European.

After a lifelong history of lung problems (asthma, tuberculosis (TB), and Chronic Obstructive Pulmonary Disease (COPD)), Michael was found to have a “heart murmur” whilst living abroad in his early 60s. When he returned to the UK, he had investigations and was found to have a leaky aortic valve and was given medicines for it; surgery is not an option due to his lung condition. He had a slight stroke a few years later, but got over it very quickly after a week in hospital but was left with slight numbness in his left foot.

Michael attends a Breathe Easy group and has completed the NHS expert patient’s programme course and found it valuable, partly as a result of meeting other people with a variety of long term health conditions. Michael had been learning to fly when his heart problem was discovered; it means that he is not allowed to fly solo.

Michael recently moved house. He likes his new doctor’s practice, although wonders why he’s never been called in to see a nurse about his asthma. His new house has stairs, as a result of which he feels he gets more exercise and has recently lost half a stone in weight.

Doctors don’t know whether his breathlesseness on exertion is caused by the heart condition or his lung problems. He manages his health conditions by trying to “keep busy,” “keeping positive” and “keeping interested in what interests me.” He has no complaints about GPs. He feels one of the most useful things they did was give him some steroids and antibiotics to keep at home in case of emergency.

Although doctors had diagnosed Michael X with Chronic Obstructive Pulmonary Disease (COPD), he had doubts about this diagnosis but had never questioned his doctors about it.

Although doctors had diagnosed Michael X with Chronic Obstructive Pulmonary Disease (COPD), he had doubts about this diagnosis but had never questioned his doctors about it.

View topic summary
SHOW TEXT VERSION
EMBED CODE
PRINT TRANSCRIPT
If I could ask you, I’ve jotted down here that in 2006 you were diagnosed with COPD but you, I think you said something like, “I’m not so sure about that.” Could you tell me a little bit about your thoughts around that diagnosis?

Sorry, about the diagnosis of COPD?

Yes, well, it’s it seems to me I I’ve observed a lot of people with COPD mainly through my involvement with the British Lung Foundation local Breathe Easy group, of which I’m secretary, I’ve seen a lot of people with COPD, with very advanced symptoms on oxygen, constant oxygen and all these people, as far as I can see, have been in their past smokers, heavy smokers probably. I have never smoked.

And it seems to me that [sighs] there must be a distinction between people with what used to be called emphysema, which is I know highly disabling, and my own case, which is not. I mean my quality of life is good. I certainly do get breathless on exertion but then I’ve, that that’s been an on-going symptom through throughout my life.

More or less and so I just wonder about this umbrella diagnosis of COPD and just where I fit into it, if I do at all.

No, no I haven’t, in fact, raised it seriously with them, with any of the consultants. To be quite fair to them, there have been in the last what ten years three episodes of hospital hospitalisation because my breathing, my breathlessness was bad and I was I was put on steroids and so on and so forth.

But I’ve never seriously questioned it with any health professional. It and perhaps I certainly should have done because I’ve also in recent years done the NHS expert patient’s programme course.

Which encourages one to ask questions.

Michael X went on the Expert Patient Course to learn more about how to manage his conditions and to help other people. He found meeting other people valuable.

Michael X went on the Expert Patient Course to learn more about how to manage his conditions and to help other people. He found meeting other people valuable.

I resisted going on it for a time thinking I’m perfectly capable of managing my symptoms, my conditions and I’m perfectly capable of talking to medical professionals, and being very straight and forward with them and asking them questions without any hesitation. And then I thought to myself, well, I’ve noticed more and more that I I’ve been grinding my teeth and I wonder if that muscular tension needs looking at, and perhaps I can I can learn through this course.

And also perhaps I can I can help other people, you know, be a teacher at heart, as it were, and big-headed I found it I found it quite valuable, and I found meeting other people with very varied chronic conditions of value. So yes, it it’s a good course and my wife has since been on it and other friends, and people through the Breathe Easy group have been on it too. And I’ve pushed it too at Breathe Easy with a lot of people, and spoken of it in in favour of it, in favour of it to the group on occasion.

Michael X was pleased that his practice trusted him enough to give him antibiotics and steroids to keep at home in the event he had a chest infection.

Michael X was pleased that his practice trusted him enough to give him antibiotics and steroids to keep at home in the event he had a chest infection.

View topic summary
SHOW TEXT VERSION
EMBED CODE
PRINT TRANSCRIPT
Is there anything that a healthcare professional has done that you’ve found particularly useful or helpful, or has really made a difference to you?

In any way, in any way that someone has done something and you think, “Oh that’s, you know, that really helped.” And that might be useful for them to know, for other people?

I suppose I suppose the only thing that comes to mind is is the fact that some years ago they became very willing to give me prophylactic course of antibiotics and indeed of steroids in in hand.

And trusted me enough to know when to put myself on such courses. They obviously realised that I knew when an infection threatened. That that kind of that kind of support I have found valuable.
Previous Page
Next Page