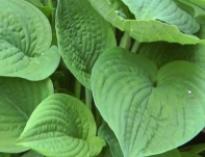 Age at interview: 73
Brief Outline: Leonard has had two heart attacks and stopped smoking after the first one. Since his second he has developed coeliac disease, diabetes and arthritis. He links his health problems with having rheumatic fever as a child.
Background: Leonard is retired and married with two grown-up children. Ethnic Background: British.

Leonard was pleased that his first heart attack could be “sorted out” with stents and medicines, rather than major heart surgery. But “since my second heart attack things have started going downhill quite rapidly.” He has been described as diabetic or “borderline diabetic” by two different doctors. Leonard prefers the latter diagnosis as the tablets given for diabetes make him feel “absolutely terrible.” Things are better since the dose was halved.

Leonard finds his coeliac disease time consuming and difficult to manage. He has arthritis across his shoulders and can’t walk very far. Having a mobility scooter makes getting around easier, but he realises that this “stops me exercising.” He says:

“It’s not very nice being partially disabled. I’d rather be like everybody else I suppose but sometimes it’s got its compensations. I do an awful lot of reading, when I go on holiday.”

For Leonard, deterioration is seen as a natural consequence of ageing. He got angina whilst exercising as part of recovery after a second heart attack and it was found that one of the stents had “packed up”.

Leonard is very satisfied with the care he has received from health services: “they’re angels in disguise.” He currently takes 14 tablets a day and wonders if this is why he has coeliac disease, which affects him more than anything else. Although he attends for exercise therapy twice weekly at a sports centre, he “can’t seem to lose weight.”

Being a coeliac affects Leonard more than his other conditions because of the restriction to his diet.

Being a coeliac affects Leonard more than his other conditions because of the restriction to his diet.

View topic summary
SHOW TEXT VERSION
PRINT TRANSCRIPT
Do you feel that one of your conditions is more for want of a better word, important than any of the others?

I think the one that affects me more is coeliac.

All the others are in the background. I know that I could have another heart attack and the chances are, if I did have another heart attack, I don’t think I’d be here to tell the tale because of all the damage that’s been done, and that might happen one day. I know I’m on tablets to stop hopefully, to stop me having a stroke and the only one that really affects me, and that does affect me badly, is coeliac because the things you see that you know you’ve had and you can no longer, a crusty a crusty bap with bacon in or cheese, can’t have, can no longer have that. People just, certainly the medical fraternity, don’t understand what it is about bread that’s, it’s like, you eat porridge, thick porridge with no taste, it’s claggy and that’s what this coeliac bread is. Starts off okay and what, by the time you go to swallow it, [urgh] you’ve got this lump of claggy mess in your mouth [laughs] and it’s, well, that that affects me.

Leonard thinks his GP’s care is ‘wonderful’. The GP doesn’t focus on just one condition but all his health issues.

Leonard thinks his GP’s care is ‘wonderful’. The GP doesn’t focus on just one condition but all his health issues.

View topic summary
SHOW TEXT VERSION
PRINT TRANSCRIPT
Okay and which one do you feel that you GP focuses on the most of your conditions?

I don’t think my GP focuses on anything other than if I’ve got a complaint when I go in or they’ve discovered something, which could be relevant to my wellbeing, because I find my GP is totally for me. She’s absolutely wonderful. She has been from day one. She’s even phoned me up at eight o’clock in the evening, on several occasions, to tell me [blah blah blah]. Tell me there’s something wrong or I need to see you or do this do that, and I find that quite heart numbing, if you like, that a doctor could spend all those hours in the surgery and then, she may still be in surgery for all I know going through a computer log, phone me up and tell me.

You know, rather than leave it until the following day. It’s, I think it’s wonderful. Yeah, I really do, I think it’s wonderful. What, in this in this area we’ve got a fabulous health service. What more what more can I say? So she doesn’t she doesn’t really focus on anything more than any other, just my overall condition. I’ve got so much wrong with me at the moment that that I suppose it could be over-powering sometimes but that’s life. If something crops up, she’ll fix it. She told me ten years ago, well, ten years and three months ago that she’d keep me alive for ten years and she did and, when I asked her three months ago, “Can I have another ten years?” She said, “Ah well,” she said [laughs]. Bless her. No, it’s wonderful. Really nice [laughs]. I go when I go.

Leonard says that health professionals have been a tremendous help to him and he couldn’t ask for more help from the health system in his area.

Leonard says that health professionals have been a tremendous help to him and he couldn’t ask for more help from the health system in his area.

View topic summary
SHOW TEXT VERSION
PRINT TRANSCRIPT
And the amount of help that you do get.

Is that about right or is it too little, too much or?

I couldn’t ask for more. No, no, I couldn’t ask for more. I think sometimes at the hospital they are a little bit slow in doing things but no, I honestly couldn’t ask for more out of the system we’ve got in this area. I think it’s second to none I really do, couldn’t ask for more speed from paramedics in this area. They’re fantastic. I’ve had them several times, I have to say, but on each occasion they’ve been just minutes away and it’s, yeah, oh and they’re so they’re so polite and well-spoken and what’s the word I’m looking for? Attentive. My doctor is wonderful even the emergency doctors I have to see, I have to concede, they’re pretty good as well [laughs]. I didn’t think there was anything better than my doctor but they’re, well, they’re as good as, if nothing else. And I, the reaction I’ve had from the staff and nurses at our local hospital has been [prrrr] yeah, sometimes you think you’re lucky to be a patient, rather than rather than a cadaver [laughs]. So yeah, I’m happy with it all.

Would you have any messages or advice or recommendations to give to your healthcare team at all?

No, I’ve found them one hundred per cent cognitive of what they should be doing and they were a tremendous help, and they really knew what they were talking about and so does my therapy nurse now, [nurse name], she knows exactly, she says, she says to me, “I keep an eye on you.” She does [laughs]. I nearly fell off the treadmill this morning because I felt so bad and she said, she was there and she said, “See, I was nearly just about to grab you.” I says, “Thanks, [nurse name].” [laughs] No, she’s also, I mean I suppose you’ve got to bear in mind that there’s quite a, sometimes there are quite a lot of people, who have got or are just coming round from heart problems or on therapy and [nurse name] I think has got about, well, she, I think she could be inundated quite often because therapy you generally get three or four people in charge of, three or four nurses in charge of your rehab. But therapy, you’ve only got one, sometimes two and it’s one, [nurse name]’s a nurse and the other, I can’t remember his name, I think his name is [employee name], he is a an employee but he’s been taught how to react to people in therapy. So yeah, I think the back-up there is superb, yeah, really good and they’re so friendly, you know, so friendly. Pleasure going really [laughs].
Previous Page
Next Page