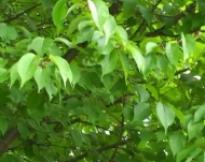 Age at interview: 49
Brief Outline: Lee has had asthma all her life. She has type II diabetes with a family history. Weight is seen as a major factor in both conditions. She controls diabetes well with diet and exercise.
Background: Lee is divorced with one grown-up child and works as an administrator. Ethnic Background: White British.

Lee has had asthma all her life and describes it as “something that I live with.” However, when she has a cold, asthma becomes the main priority, because: “So diabetes … if it’s going to kill me, it’ll do it slowly. Asthma, if it’s going to do it, it’ll do it fast.” For a long time she was “very, very fat.” Following the diabetes diagnosis she lost weight and now controls the condition well with diet and exercise.

She recently moved to a new area and misses being with a previous GP where patients could be referred for gym sessions or weight watchers, with the first 12 weeks funded by the NHS. Because Lee doesn’t like gyms she makes a point of walking everywhere and is planning to cycle to a new job. She was pleased to get a blood glucose monitor on prescription when requested from her new GP to enable self-management “in real time” rather than depending on six-monthly readings, although she has to pay for the test strips herself.

Lee suggests the education and advice about type 2 diabetes has been “pretty poor throughout”. She did receive some advice from a dietician in a mixed group of patients, but felt that it was pitched at too low a level to be of use to her personally. She found more useful advice by going on Internet forums and subsequently feels more confident consulting with her doctor. She has previously worked in the public health sector and feels well equipped to interpret medical information. She doesn’t push her GP for information, however, because she is concerned that it might contradict what she has found to work best for herself. She contrasts her new relationship with her GP as compared to the situation in the past:
“I think being poorly for quite a chunk of my childhood and adolescence, basically, I had been much more accustomed to just thinking, ‘Doctor knows best’ and letting them do the telling. Whereas now with that knowledge behind me, I’m more comfortable going, in fact, understanding that ‘general practitioner’ does mean a general and not necessarily expert in any one particular field of medicine. So as I said, these conditions belong to me. I know how treatment and interventions affect me, so therefore I can tell them and have a discussion about things rather than just saying, ‘Oh yes, doctor. Of course you know best’, which is an approach that I always had when I was a lot younger and [was] a lot more naïve.”

Lee has had asthma all her life. Her diabetes may have a genetic explanation, although she believes it could have been brought on early due to obesity.

Lee has had asthma all her life. Her diabetes may have a genetic explanation, although she believes it could have been brought on early due to obesity.

View topic summary
SHOW TEXT VERSION
EMBED CODE
PRINT TRANSCRIPT
I mean I’ve had one condition all my life and it was, that because that was the major thing that was only thing that was wrong with me throughout childhood and adolescence and young adulthood, that was fine.

That was the only thing I really needed regular treatment for and the fact that I’m also diabetic is kind of incidental really. I could have had asthma for forever more and never developed diabetes, apart from this wonky gene in our family.

Okay and you mentioned there about the, I think it’s your mum and your aunty.

But were you, you were the first to be diagnosed, is that correct? Or?

Well, it was all within maybe a two or three year period and I can’t remember exactly who came first.

Lee attended an appointment with a new GP who reviewed her medicines and reduced the dose of one drug. She links the recent reduction in her medication list to losing weight and exercising.

Lee attended an appointment with a new GP who reviewed her medicines and reduced the dose of one drug. She links the recent reduction in her medication list to losing weight and exercising.

View topic summary
SHOW TEXT VERSION
EMBED CODE
PRINT TRANSCRIPT
I had my initial new patient appointment in January, in which I went through all the drugs I was on. The GP did blood pressure and weight check and promptly reduced the dose of blood pressure medication that I’m on.

So that was that was quite good because I had only come off another blood pressure drug, so the diuretic side of it, I was taken off that in in October when I no longer needed it and I was getting some funny electrolyte levels, which.

The, if you don’t need the diuretic it can do that so I was taken off that, to have the ACE inhibitor dose reduced was really quite positive. I haven’t been followed up for that since, however, I don’t I have no reason to think my blood pressure has gone up since then because, of course, I’m still I’m still losing the weight and keeping up the exercise.

Lee attended a diet course for diabetics but those attending were diverse and she didn’t get what she wanted from it.

Lee attended a diet course for diabetics but those attending were diverse and she didn’t get what she wanted from it.

View topic summary
SHOW TEXT VERSION
EMBED CODE
PRINT TRANSCRIPT
A dietician came and saw groups of groups of patients. However it’s a mixture of mixture of people such that we were too diverse to really make the most of it. So we had some people who simply didn’t want to know. We had some people who lacked any understanding of basic nutrition. We had some who didn’t even know what drugs they were on and generally, it was it was pitched at a level that I found not desperately helpful to me.

But that’s not the fault of the person. It was the fault of whoever set up these things I think in not finding out a bit more about the delegates and beyond that, the only bit of advice food-wise I’ve been given from the practice nurses is never have fruit juice, don’t eat grapes and lose weight. Which actually is the lose weight bit is very good advice but without specific information, particularly about carbohydrate. That was something I discovered for myself using the forums that that you came across me on.

That’s really helpful because diabetics of all kinds, but a lot of the focus in the discussion boards is about carbohydrate and knowing what you have and what the reaction to it is. So all of that information that I’ve gathered from that, not all of it is relevant to me as a person who has type two diabetes.

But it’s interesting to know what approach different diabetics take for their particular case.

Lee describes herself as a happy patient at this moment in time. When asked how her health care could be improved, she replies, “If it isn’t broke, don’t fix it.”

Lee describes herself as a happy patient at this moment in time. When asked how her health care could be improved, she replies, “If it isn’t broke, don’t fix it.”

View topic summary
SHOW TEXT VERSION
EMBED CODE
PRINT TRANSCRIPT
And if there was something that you could say to your healthcare team, how they could improve the care that you receive, what would you say, if anything?

Given that I’m reasonably content with how I’m being treated medically in terms of medicines now, is if it isn’t broke, don’t fix it. If I need help, I’ll ask for it so and actually, I’ve no reason to think this latest practice is going to, start trying to meddle with what I’m doing and how I’m doing it because it’s clearly working. And as long as long as that remains the case, then I shall remain a happy patient.
Previous Page
Next Page