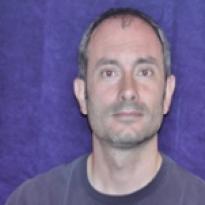 Age at interview: 39
Brief Outline: In 2009, Anthony decided to explore alternatives to smoking. He smoked about twenty per day and was concerned about his health when he developed a persistent night cough. He has mild asthma. He uses e-cigarettes with pre-filled cartridges. He has reduced the amount of nicotine, but estimates that he vapes the equivalent of twenty cigarettes per day.
Background: Anthony is single and works full-time as a Systems Developer. Ethnic background: Irish.

Anthony describes himself as a heavy smoker, smoking more than twenty per day. He became concerned about his health when he developed a persistent night cough that was not improving. And about five years ago, he went online to explore alternatives to smoking cigarettes. On the web, he found a company that sells e-cigarettes with pre-filled cartridges. He has used those ever since and two years ago, reduced the nicotine strength to 1.2%, but has always used the tobacco flavour.

Anthony didn’t have any problem swapping to e-cigarettes. At first, he smoked the odd cigarette at home, but at work or in public places, like the pub, he has always used his vapour. He is now cigarette free, but does not describe himself as a non-smoker. He said he has replaced cigarettes with an alternative which is better and healthier. He estimates he vapes the equivalent of twenty cigarettes per day.

Financially, switching to vapour has not made much difference. The pre-filled cartridges he uses are one of the most expensive on the market, but he doesn’t mind the expense as his main reason is his health. He tried e-cigarettes that need to be filled with liquid flavours, but he found them to not be as good and the tobacco flavour was bland. He likes his pre-filled cigarettes because, although he is not smoking, the effect is very similar in terms of taste and look.

Health wise, Anthony feels better and he no longer coughs at night, but he still feels a slight tightness in his chest. He was diagnosed with asthma in childhood, but it is mild and has not caused much problem. He uses Ventolin once a day, but when he smoked, he had to use it two or three times.

He feels lucky that he found a brand of e-cigarette that has worked for him and has helped him replace cigarettes completely.

Anthony decided to search for an alternative to conventional cigarettes when he developed a cough that kept him awake at night.

Show in context
SHOW TEXT VERSION
PRINT TRANSCRIPT
Ok I would say the main reason was health that I was beginning to cough a lot specifically at night time and waking up in the following morning knowing that I’d spent most of the night coughing. And this was 5/6 years ago when e-cigarettes first came out, when I was first aware of them and basically just Googled ‘e-cigarettes’ and the first website I found that looked reasonably professional I went with them and 5/6 years later I’m still with them.

When you were coughing did you go to the doctor’s and?

Well I’ve, I was diagnosed asthmatic when I was 4 but it was so mild I, look I’ve never had an asthmatic attack and I’ve never been hospitalised with it but smoking didn’t help. And I was using a Ventolin inhaler so I took. I did the yearly asthmatic review and each year it was more or less the same. ‘You’ve got a mild case of asthma and if you give up smoking it will get better.’

How many were you smoking sort of?

For how long were you?

Anthony found it easy to switch from conventional cigarettes to pre-filled e-cigarettes.

Show in context
SHOW TEXT VERSION
PRINT TRANSCRIPT
I didn’t have any problems whatsoever. As soon as I had, as soon as the first, the starter kit arrived I said, ‘Oh I never need to smoke another cigarette again’ based on the first.

Yes, yes it was a complete 100% swap. Like the odd cigarette I did have was more out of habit as opposed to needing to but I could have just as easily have gone from one day 20 Marlborough Lights to a box of these overnight.

I tried the ones where you fill up, where you buy the liquid and you fill it up yourself. I tried that for a while. The issue I had with that was it didn’t look like a cigarette while this isn’t too far off. So people would have to look twice at you in the streets to realise that you’re not smoking one of those big tube things. I tried it for about six months purely for money saving and it was a lot cheaper than doing the prefilled option and I do have a cupboard with 20 bottles of the liquid so I will probably go back at some point. Someone did recommend a shop in the city centre that sells good ones fairly cheaply so I probably will go back and use that at home and use these for when I am at work or out in the evening.

Ok. So basically, so you have no problem with the other one, the refuel ones?

No, it was more of a pain and a bit messier but and the one, the like I bought two of them a cheap one and an expensive one. The expensive one I found was very badly designed and was difficult to actually use i.e. the bottom was at the top so it was harder at the front of it so it was hard to actually light it. And the other one the battery wasn’t very good.

Ok but in terms of the experience of smoking is it different or there is not much difference?

Like I would say they are the most expensive but are the easiest to give up on. For example I recommended it to a colleague’s husband recently and he had tried all the other types and had failed and when he started these initially three or four weeks ago he’s doing fine. He hasn’t had a cigarette since and he’s only using one carton every day and a half but he wasn’t as heavy a smoker as I was I believe.

Ok and you know with these have you tried to reduce the amount that you smoke?

Ok. So it was just the health that was your concern and?

Yes and age and I’d been smoking for long enough. I had to do something.

Anthony no longer coughs at night, nor does he need his asthma inhaler as much as he used to. He feels lucky to have succeeded in replacing cigarettes for what he feels is a healthier option.

Show in context
SHOW TEXT VERSION
PRINT TRANSCRIPT
Do you use the inhalers as much as you used to do when you were?

No not any more no. I’m down to about once a day as opposed to two, three times a day.

Much better. I would, I would rarely cough. I only cough at night time. I might wake up in the morning like 8 o’clock and be a bit tight around the chest but and out of habit would take a blast of the inhaler but I wouldn’t be in any stress or discomfort well minor discomfort just a bit of chesty, oh bit of tightness around the chest.

So you haven’t had any kind of asthma attacks or felt unwell with?

Well I never even had a, I never had an asthma attack when I was smoking. It was just the tight, the tightness gets more restrictive when you just reach for the inhaler.

Ok. So would you say that you have quitted cigarettes?

No, no I’ve replaced it with an alternative which is much better as in its healthier. It’s cleaner. It doesn’t smell. You can smoke it in hotel rooms and the like but it is. If I didn’t have the box of E [brand name] then I would have to buy a packet of cigarettes within two hours.

Ok. Do you think that you might want to stop smoking e-cigarettes in the future?

Yes. And then it would be kind of more financial reasons because the health issues have gone and so it would just be financial would be the incentive.

I was lucky that I found a good brand that worked for me and I think that is key to it because I’ve heard so many stories of people buying their e-cigarettes that you can, you see popped up being sold in newsagents and haven’t had as much success. So I suppose it’s a bit like back 10 years ago before e-cigarettes when your options were patches, gums and try to work out what works for you and then you’d have a lot more success. But if you just... There is a big step from going from a smoker to someone who has, doing nicotine replacements. You have to find what works for you. And in a lot of cases it’s the most expensive option, you know. So if giving up smoking for financial reasons is your motivation then you might as well just go cold.

Would you advise people who are smoking to try an e-cigarette?