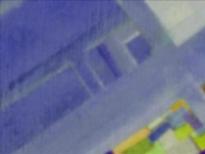 Age at interview: 37
Brief Outline: Laura X has never worked as a research nurse, but identifies as a developing nurse researcher. She is undertaking a placement with a university research team and is writing her own research proposal, in addition to working clinically.
Background: Laura X is an advanced nurse practitioner undertaking an internship in research. She is single. Her ethnic background is White British.

Laura X works as an advanced nurse practitioner in sexual health, with a growing interest in research. She has never worked as a research nurse, but took part in the study because she identifies herself as a developing nurse researcher. She is currently undertaking an eight month ‘Research Methods’ internship funded through the NIHR alongside her clinical work. As a result, she spends one day a week on a placement with a research team at a local university, a role she found through a friend, and one day a week working on her own research proposal. Her placement involves her helping to code and analyse qualitative data collected on women’s perceptions of an online contraceptive choices tool. She has also presented the findings from the data to the department, as well as doing training courses in qualitative and quantitative methods. Laura X will be involved in writing up the results for publication.  The placements fits well with her own developing research interests: “I wanted to see could we design a service differently, to try and harness the power of technology to meet women’s needs”.

Laura X was motivated to pursue research following a previous post at an intensive care unit in a hospital with a large research department, where she worked alongside research nurses, and saw how clinical trials improved patient survival rates. Although she works on clinical trials in her current clinical post, Laura X feels her role is quite different to that of a research nurse. She does not feel that research nursing is something she would enjoy, as she thinks these posts do not tend to have involvement in the design or analysis of the research: “collecting the data on the floor – that never really, it never really interests me. It didn’t seem clinical enough […] There didn’t seem like a lot of professional flexibility or freedom”.

At the start of her internship, Laura X found it difficult to adapt to doing research two days a week. She missed patient contact, and having just been promoted, she found the change frustrating: “I felt like I was becoming de-skilled clinically”. Developing the skills required to work in research was also a challenge for Laura X. Although she expected her placement to be mostly “observational”, she was surprised by the responsibility she was given: “it was quite intimidating and I felt really overwhelmed, and I didn’t have the right skill set”. Laura X has learnt to manage her time more independently and now finds her placement less overwhelming. Similarly, taking a qualitative methods course run by her mentor has helped her feel more positive and confident about undertaking research: “hearing about people that are actually doing research, and also the teachers on it, they give practical examples, it’s not just theoretical. And that really helps, it helped me turn a corner in how I was feeling about research”.

Laura X currently enjoys her combined roles of working on her research proposal and placement alongside clinical practice: “it’s the balance of being hands on with the patient and then having that research side of it […] I think it’s a nicer job when you can get elements of them both”. Nonetheless, Laura X finds it can be stressful trying to balance these demands. She finds that with research, it is harder to stop work at a certain time: “I feel like there’s never really been a chance to switch off, which I get when I’m working as a nurse”.

Although Laura X initially felt that she had been “thrown in at the deep end” on her research placement, she feels supported at the institutions she works at, especially by colleagues who understand the demands of research. She has a research mentor who offers both academic advice and practical experience. Laura X has also enjoyed networking with her peers and the others on her internship, including those with different health professional backgrounds such as pharmacy and occupation therapy. She thinks this range is good because it exposes her to thinking about topics from “different angles”. Laura X has also found support for pursuing research from some of her clinical colleagues, several of whom have done Master’s degrees.

Laura X has learnt lots from her internship, but doesn’t know yet if she will continue on to doctoral research. However, Laura X feels her internship programme offers an important “stepping stone” for those wanting to become nurse researchers. For Laura X, the experience has helped her clarify her career plans: “it’s made me realise that actually, okay, long-term, I don’t want to be an academic but it’s really great I’ve had this experience and the exposure, and I’ve been able to network and I’ve made loads of contacts which will help me out further down the line”. She hopes that her research proposal will be funded so that her study can be rolled out in her department, and contribute to “a redesign of how the NHS […] how we offer contraception to women”. In the future, Laura X intends to continue working clinically and complete a course which will allow her to prescribe drugs to patients.

Laura X felt proud to work in a setting that was research-active and supportive of staff pursuing higher education.

Laura X felt proud to work in a setting that was research-active and supportive of staff pursuing higher education.

View topic summary
SHOW TEXT VERSION
EMBED CODE
PRINT TRANSCRIPT
I think it makes you, I mean certainly for me it made me proud to work there because I think that if you’re a, if you’re a big Trust and you’re participating in clinical trials and I think you know that you’re working somewhere quite good. It felt to me that I was working somewhere more distinguished, and more prestigious. That we’d been chosen to roll out a clinical trial. And it’s nice to be in that environment cos you feel like you’re cutting edge. Like when I worked in [City] we never had any of this, like I’d honestly never seen any research and at [Hospital] there was so many trials going on at the one time that it was hard to keep up what, what the criteria was for each trial when you got a new patient in. So, it felt really cutting edge and that we were providing great care.

I’m really lucky because I’m in a department that’s really, that’s got a huge focus on research, and my, the educational lead he wants everybody to be educated to Master’s level, so he is really pro any opportunity that comes up for nurses to have an opportunity to study at Master’s and PhD level. So, for me there’s been huge amounts of support to support my roster around it, and also because he has done a PhD himself it’s actually quite good to have that, to talk about my research proposal in practical terms.

Laura X’s internship involved taught classes and a research placement. Although the latter took some adjustment, she liked that the internship had both theoretical and practical aspects.

Laura X’s internship involved taught classes and a research placement. Although the latter took some adjustment, she liked that the internship had both theoretical and practical aspects.

View topic summary
SHOW TEXT VERSION
EMBED CODE
PRINT TRANSCRIPT
And the university part of it, I guess it was kind of what I was expecting. It was like an overview of research methods about, like qualitative, quantitative methods, it’s only, it was only one day a week for five weeks. So, I don’t really feel like I got a lot out of that I have to say, but in terms of the teaching at [university], than what I, what I gain at [university]. I feel like I get more, I mean it’s, I think the two of them need to go together and that’s the, the whole point of the internship. But I feel like I’ve learned more from the practical side of things, from doing it.

So, what I expect, what I expected at [university], at [university] was to be more of an observer. As to go there to observe interviews, observe them obtaining consent from, from participants, to go to see an ethics proposal being written. I didn’t really expect to, to have, to have to work if that makes sense. I expected it to be much more of an observational role. But the reality is it’s been quite different from that. There has been a lot of practical hands on with the data analysis, so that wasn’t what I was expecting. I certainly wasn’t expecting to come out of the placement having written a paper. So, in a way I think it’s a good thing and it will really benefit me, I also thought at the time that it was quite, it was quite intimidating, and I felt really overwhelmed and I didn’t have the, the right skill set. Especially when people were sitting there, talking on all these research terms that I had no idea what they were talking about, and thinking, “Now I have to go home and go to all these interviews,” so it was quite overwhelming initially. But that slowly, as time has gone on, that’s slowly gotten better.

Laura X worked in a sexual health clinic and was involved in a trial that was of interest to a lot of potential participants. It was difficult to decline those who were not eligible to take part.

Laura X worked in a sexual health clinic and was involved in a trial that was of interest to a lot of potential participants. It was difficult to decline those who were not eligible to take part.

View topic summary
SHOW TEXT VERSION
EMBED CODE
PRINT TRANSCRIPT
So we were recruiting patients through our [Trust] clinics. So, this is a gay or bi-sexual men with high risk sexual behaviour. I would say that almost every single patient wanted to be on the trial. There was no-one that didn’t want to enrol on the, because we already know the drug is safe, there’s been another clinical trial that’s shown the drug is safe. What this trial is actually looking at is not the safety, and how effective the drug it is, it’s looking at patterns of uptake, and how long people use it for, and does it change their sexual behaviour patterns. So, we knew the drug was good, we knew that it worked, and the patients knew that it worked. The problem we had was telling people they weren’t eligible for the trial. It wasn’t about telling them they were, because everybody, you know, we had such an overwhelming demand for the number of places that we had. So, for me the problem was more about saying to someone you don’t actually meet the, the criteria.
Previous Page
Next Page