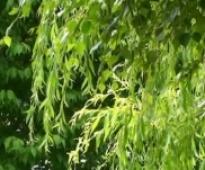 Age at interview: 79
Brief Outline: Dafydd first felt his wife was clinically ‘ill’ after she retired. After a stay in an inpatient ward, she was offered ECT. His wife didn’t respond to antidepressant medication, but responded to ECT. She continues to have ECT once a month as an outpatient.
Background: Dafydd is a retired researcher, has five children and lives with his wife and two dogs. He describes his ethnic background as Welsh.

Dafydd’s wife had been “low” for many years, but only became clinically ill after she’d retired 15 years ago. He became very concerned about her well-being. According to Dafydd, the depression his wife experienced did not appear to have an obvious trigger. When his wife first became severely depressed, they tried to get some help via their local health service; the GP then referred them to the local psychiatry department. His wife got worse and was diagnosed with clinical depression. Eventually she was admitted to the local hospital and for each of the previous three years his wife has been in hospital for almost four months. Dafydd supported her and tried to visit her everyday whilst she was in hospital.

According to Dafydd, anti-depressant medication did not seem to be effective but it did help his wife to get some sleep. After some time ECT was mentioned as a treatment option, but Dafydd can’t remember receiving any written information about this. He welcomed any therapy that may help. Whilst she was still in hospital his wife had ECT twice a week for over a month. After she was discharged she continued to have ECT once a week. She now has ECT once a month – so-called maintenance ECT. Immediately after having ECT his wife would be subdued and Dafydd found it difficult to say how much of this was due to the anaesthetic and how much was due to having had ECT.

Unfortunately when his wife stopped having ECT she went downhill. Because of this she continues to have ECT once a month and Dafydd said, “things have improved enormously”. Since this time, Dafydd found out more information about ECT via the website of the Royal College of Psychiatrists. Dafydd likened ECT to “rebooting a computer”. Although he didn’t have a lot of interactions with staff at the hospital, Dafydd was invited to a review meeting towards the end of his wife’s stay, and found this meeting useful.

His wife is now on a medication that helps the cyclical rhythm of melatonin (a hormone that may help regulate the sleep-wake cycle). Dafydd created a dark sleeping environment to help his wife’s sleep patterns. He thought that a lack of sleep and a lack of sexual interest are the first two things he notices when his wife is becoming depressed. His wife also has DBT (Dialectical Behavioural Therapy). Although he doesn’t agree with this therapeutic approach in its entirety, he feels it has helped her to understand distressing events in her childhood and why she had self-harmed.

Dafydd has found the mental health charity Hafal very helpful and has learnt a great deal from them. Hafal have carers groups and discussions that he has found supportive. As a result of the cutbacks, there are fewer inpatient beds and now his wife has ECT as an outpatient but he cares for her at home. Dafydd used to worry that she would self-harm when she was at home. He had the support of a Home Treatment team during this time who would visit her once a day. Now both him and his wife want to reduce the amount of ECT his wife is having and will raise the matter at her next review.

Dafydd has noticed that sometimes his wife is unable to remember the plot of a TV show they have seen before and that her memory is affected in other similar ways. Dafydd says that she hasn’t forgotten ‘essential’ memories of their life together. Dafydd also mentioned the important role of their little dog who is devoted to his wife. His wife has had him for three years and he thinks having a dog made a vast difference.

Dafydd thought his wife had minor episodes of depression through her life, but it got much worse after she retired. Eventually she was diagnosed with clinical depression.

Dafydd thought his wife had minor episodes of depression through her life, but it got much worse after she retired. Eventually she was diagnosed with clinical depression.

View topic summary
SHOW TEXT VERSION
EMBED CODE
PRINT TRANSCRIPT
I’m naturally involved because my wife has been ill and as far as I was concerned she was low for many years although she reckon that s she had little episodes from time to time which I regarded as outbreaks of like premenstrual tension but she reckons they were not all but she did not become clinically ill until after she’d retired. And I understand that people with problems with depression may well have onset in later life and so that really she’s been retired now for about 15 years but I think she’s been clinically ill really mostly for about ten years but you can check the date in her statement. And so naturally as I live with her I am very concerned about her wellbeing and it affects us both of course.

And when she became severely depressed of course we had to try and get some help through the local health service and initially through the GP who referred her to the local psychiatric department where she was interviewed and then it progressed from there. She seemed to get progressively worse and diagnosed with severe clinical depression but for no obvious reason and it seemed to have come on without any incidence apparently to spark it off it was not as the result of anything happening but the from my point of view I couldn’t explain what I’d said or what I’d done in order to trigger it off but it could be quite explosive reactions and obviously part of the illness.

Dafydd described his wife’s attempts to harm herself and how he tried to get help. When she took an overdose he didn’t know what to do. NHS Direct was a useful service, but he found it difficult to care for her.

Dafydd described his wife’s attempts to harm herself and how he tried to get help. When she took an overdose he didn’t know what to do. NHS Direct was a useful service, but he found it difficult to care for her.

View topic summary
SHOW TEXT VERSION
EMBED CODE
PRINT TRANSCRIPT
And did self- harm when she was feeling really dreadful, she’d come down during the night and hurt herself with a knife one time she did it so bad I had to call the ambulance out and take her into the hospital to get stitched up. And the way I managed to first aid that was to put a pad of tissue over the wound and bind it with post office tape, post office tape is waterproof and seals very well if you bind it tight and so that enabled us to get into the hospital and get it stitched up. But the health service had sort of deteriorated and they didn’t have a bed to put her in under observation for the rest of the night they’ve closed the beds in the mental hospital that she’d gone into before.

They had two mental health hospitals with beds for taking in people with mental health problems one is a 100 miles away and the other one is about 30 miles away from the original hospital where we took her in, where I had her taken in with her arms. And worse than that on another occasion she was feeling so very low that she took an excess of tablets and wanted to end it all, I very fortunately keeping an eye on her and discovered her passed out on the couch here and so I tried to wake her up and I realised that she was a bit gaga and she’d taken a number of tablets. So I didn’t know what to do so I phoned NHS Direct because I knew it was useless trying to phone the local health centre and pretty well useless to phone the hospital where she’d been in as an inpatient.

I spoke to a psychiatrist on the NHS Direct which was more useful. Who asked me to describe what condition she was in and so on and agreed with me that what was needed was an urgent visit to the hospital which we did. But on that occasion as well they didn’t have a bed to take her in so on both occasions she was released in my care and it’s impossible for me to stay awake without a wink of sleep all night and all day so that is the situation with our local health service which makes it difficult for somebody caring for someone who is severely clinically depressed.

Through the Hafal group in Wales, Dafydd attended a carers group and went to conferences about mental health. He learnt more about different approaches to recovery.

Through the Hafal group in Wales, Dafydd attended a carers group and went to conferences about mental health. He learnt more about different approaches to recovery.

View topic summary
SHOW TEXT VERSION
EMBED CODE
PRINT TRANSCRIPT
Well on the positive side as I said after the psychotherapy which followed this and helping how to understand how the illness had developed she has been able to learn methods of dealing with feeling low and to turn her mind to what they call a wise mind, tracking the thoughts to be more positive other than hugging a tree. And this has been constructive and useful but I have been going to carers courses and learning mental health first aid which is useful.

And I have found the Hafal charity in Wales to be a very useful organisation, very helpful indeed, as they run courses and also have a carers group who can have discussions so any concerns that anybody wants to share or get an opinion about from the mental health workers in Hafal and maybe sometimes get some feedback from other members of the group. It can be very supportive. And the latest development has been proved to be very positive which may well lead to reducing the amount of ECT she’s getting because she’s feeling this way inclined now as in more positive. We went to an international mental health conference which had been arranged through Hafal that we could attend and we had a couple of presentations by very distinguished and very knowledgeable people about their research in mental health. And I attended a workshop which was being run by a man who had had severe mental health problems himself and has written a book about recovery.
a
Previous Page
Next Page