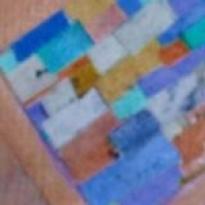 Age at interview: 51
Age at diagnosis: 7
Brief Outline: Mary, age 51, was diagnosed with severe asthma at age 7. She is white Irish, and has three adult children who live independently. She finds her asthma restrictive and tiring. She works as a part-time shop assistant and can work at a time of the day when she feels better. Mary has some concerns over her future living with asthma.

Mary had her tonsils removed when she was seven, and shortly after this she experienced her first asthma attack. At the time her family thought her symptoms were due to the operation, but she was later diagnosed with asthma and prescribed a preventer inhaler. Mary recalls that asthma was not really explained to her by the doctor, and she was a teenager before she was given responsibility by her mother for her own medication.

Steam and dust are triggers for Mary’s asthma, and she does not have carpets in the house. Mary also believes that stress and anxiety are major triggers for her asthma, and she is concerned about her future with the condition. She describes her severe asthma as ‘brittle and chronic.’ Mary says she sleeps propped up and has never really had a full night’s sleep. Her chest feels very tight in the morning. Mary uses an inhaler with salbutamol every morning, and also takes ipratropium bromide both morning and night. If she feels particularly unwell, Mary also uses a symbicort preventer and a bricanyl reliever every night. She takes a peak flow reading every morning, and if it is ever 300 she knows she needs to visit her doctor for prednisolone steroid tablets. Mary describes an asthma attack as feeling like she is being smothered. Mary finds that the steroids increase her appetite and cause bloating. She also experiences aches and ‘throbbing legs.’ Mary takes one tablet called risedronate per week to strengthen her bones, since prolonged steroid use can affect bone density, and has a bone density scan every two years. Mary sees her GP every six weeks but she feels he concentrates more on the practical side of things and is not so interested in helping her think about the emotional and psychological aspects of her condition. Her consultant has recently sent her on a course of visits to the gym. Mary has found this beneficial, but very tiring.

Mary finds her asthma restrictive and says the tiredness she experiences wears her down. She lives alone and is concerned about what would happen if she were to have a severe asthma attack and was not able to get help. She finds thinking about her condition and what the future may hold difficult to deal with and has had some counselling over recent years, which she has found helpful. She has also been prescribed anti depressants.

Mary has tried reflexology and aromatherapy as a way to help her relax and feel less anxious. She avoids eating dairy products as these affect her asthma. She believes that diet and digestion are linked with asthma and has tried to change to eating healthy foods rather than the more traditional diet she was brought up on. Mary supports the smoking ban in public places, as previously cigarette smoke restricted the places she could go. Mary works as a shop assistant usually in the evening, as she feels more able to work later in the day. She says she would be unable to work in the mornings. Mary’s employers are aware and considerate of her asthma, although she does not highlight it as a problem. She says does not want her employers to have to make concessions to accommodate her.

Mary advises people with asthma to take care of themselves and stresses that it is very important to take the medication that you are given.

Mary worries about having an attack in the middle of the night because she lives alone. [AUDIO ONLY]

Mary worries about having an attack in the middle of the night because she lives alone. [AUDIO ONLY]

View topic summary
SHOW TEXT VERSION
PRINT TRANSCRIPT
And is it helpful there having these people who are able to guide you through and help you manage your asthma?

Yes. It is and I am happy enough with all of that. The only thing that does bother me is living where I live, because I have no support. I have I don’t feel I have an externally anyone I can run to.

Say for instance if, in the middle of the night, I needed to do that, thank God for phones and mobile phones but getting to the doctor is a stumbling block. In my head I’d be thinking, “I’m living here on my own off the beaten track. What am I going to do if it got this bad in the middle of the night?” Because, about five years ago [son] was at home. He was the only one of my children living at home, and I woke in the middle of the night really, really bad, and I had to phone from my bedroom to his bedroom to get him to come up to me. I couldn’t shout. I hadn’t the puff to shout, “[Son] will you get up.” And I rang down to the bedroom next door, to get him to come up. He come up and got me into the car and got me to the hospital, and then, I went to sleep okay that night. This, whatever.

This wakened me and I could not breathe, and that worries me. It’s getting to the doctors from where I live and, particularly, if I’m living on my own.

Mary felt upset at the way the consultant talked about losing weight. [AUDIO ONLY]

Mary felt upset at the way the consultant talked about losing weight. [AUDIO ONLY]

View topic summary
SHOW TEXT VERSION
PRINT TRANSCRIPT
Would you ever thinking about making an appointment to talk about the psychological aspects of it? So saying, you know, that “I’m really worried that in the future this is going to get worse.” And, you know, and see what their medical opinion about your condition would be?

Well, I have said that, actually, to my consultant, and he is an awful man, and he said, “Well, are you doing anything about your weight, because if your weight was lower. What weight are you? You’re near twelve stone. Well, if you’re two stone of that off, you wouldn’t, your asthma wouldn’t be as bad.”

And what are you supposed to do to, because I mean if, presumably, if you do heavy exercise you’ll bring on your asthma.

And then he’s giving the steroids that’s making me eat twice as much [laughs]. So it’s…

Just a vicious circle, and but I have said that to him, and that was his response, you know.

The ladies in the waiting room would be quaking in their boots. They’d be heart scared to go into him, because if he doesn’t pick on you about your weight, he picks on you if you’re a smoker. So I’m not a smoker so I get the weight bit [laughs].
Previous Page
Next Page