Young Adults’ Experiences of Depression in the U.S. 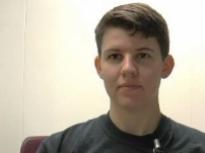 Teri first noticed symptoms late in high school, amid a series of family and social issues. Her best friend moved away, “and a couple of other friends really distanced themselves… I just felt really alone”. An introvert, it was easy to mask her feelings to her family; then her isolation increased when she realized she was “not straight” and not safe in her conservative “hick town”. The few “out” people were treated poorly at school. When she came out, her parents told her she “would grow out of it.” Until the day her father died, he “was just holding on hope that I would eventually be in a relationship with a man”. Teri says it was hard, knowing that “this person that I loved so much” was not “able to acknowledge something that was so important to me”. Because Teri had always done well in school, she enrolled in a program of simultaneous college and high school. But with low self-esteem and an introverted nature, she again was socially isolated, and “kinda quit caring”. Her grades suffered as her depression ebbed and flowed, and she needed seven years to earn that bachelor’s degree.
Teri has never sought professional counseling or had a formal diagnosis, but she has been fortunate to find supportive people who gave a sense of self-worth. At 17, she moved out and worked as a bagger at a grocery store. A “wise’ co-worker took her under his wing, encouraged Teri to return to school, and taught her to “fake it till you make it”. Teri found the store a great place to practice faking a “great mood”. She then began translating that to the rest of her life by acting happy in her other relationships. “You know”, she says, “just by faking a smile can actually bring about a real smile.”
Coming to terms with her sexuality was a complex journey to a good outcome, and her first relationship did not go well. As she confided about her sexuality, the other woman “began to question herself” and they started dating. Teri says it was the “biggest mistake of my life”. That girlfriend “was more curious than anything…She had no idea what she wanted and…she ended up just going back to men”. After a two-year on and off relationship, Teri finally came to terms with the fact that “ no matter how much she might care about me, I wasn’t what she wanted and so I just decided to move on”. Soon afterwards she met her wife, a happy extrovert who “very secure in her sexual orientation”. She “wanted to be around me” and didn’t need “me to be something different”. In this relationship Teri felt “valued as a person” and this helped her self-esteem. “It was just such a shift” that helped Teri move out of her social “comfort zone” and ultimately “get out of the dumps” and finish her bachelor’s degree. Teri and her wife have now moved to an LBGTQ-friendly city, where she feels much safer, evidenced by the fact that she cut her hair. She is on a fast track to a master’s degree in family counseling.
Teri says her depression has gone since she and her wife moved in together. “I’m in a really great place. I have my wife. I have my dog. I have great relationships with my family”. She is very happy with where her life is right now. Reflecting on her journey, “I would just say that life is hard but it’s okay to ask for help. I think I was too ashamed to ask for help because I felt like I should be able to handle my own problems.” She acknowledges that she eventually fixed her problems, but that she really needed people. “I got very, very lucky. What if my friend from work hadn’t been there? What if my wife hadn’t been there?” She says the internet has very good resources, and many communities have free resources, free counseling, or places you can go just to talk. “It could be your church, it could be going out and finding a community that you feel like you fit in, but you have to find someone that really affirms that you matter”.

For Teri, isolation, “not feeling normal” and fear of stigma connected to realizing she was gay coincided directly with similar feelings connected to depression.

Show in context
SHOW TEXT VERSION
PRINT TRANSCRIPT
… in high school, I was starting to figure out like, “hey, you know, I’m not straight” and then so in trying to figure out what that meant, I didn’t, I didn’t want to tell anybody. and so I, I came out to my parents when I was a, when I was a freshman and they of course you know they figured I would grow out of it that kind of hurt, , but then once I felt more able to tell friends the first friend also told me. She said, “No, you’re just confused, you’ll be okay, you’ll get through it” and so it just made me not want to tell anybody else. So, I did keep it from everyone else, I felt like I didn’t fit in, all of my friends were talking about boys, and I just, it didn’t, it didn’t work, it’s not. So that was a way that I didn’t feel normal because I of course didn’t fit in with my friends, I didn’t know anyone else who was gay. There were a couple of “out” people at my school but they were not treated very well and so, of course I just “stayed in” for the most part. and then so I was not feeling normal I didn’t feel normal compared to my peers but I also didn’t feel like my normal self and when I think about how I was with seeing my family before that, I was always very much the, the peacekeeper, got along with everybody in my family, kind of the yeah, and I would make jokes to ease the tension like that kind of thing and as things got harder, I didn’t really wanna be in that role anymore. And so I found myself not wanting to spend the time with my family that I did before.

So you’re saying you isolated yourself from your family because they didn’t understand you?

Yeah that was part of it but too, I just , you know, I mean now I know some more like clinical words for this but I just didn’t find happiness in the things that I used to, so being with my family didn’t, I didn’t, I didn’t care.

Teri talks about how getting counseling helped her prepare for her father’s impending death.

Show in context
SHOW TEXT VERSION
PRINT TRANSCRIPT
So after I met my wife, this would have been two years into that, my father was diagnosed with cancer, and my-my friend at work, my very good friend who I owe a lot to, he could kind of see, I think, what was, what was going on, he understood like “well, this is going to be really hard for Teri” and so he really encouraged me to go get counseling and this was the first time I had ever thought of going to get counseling, and he was like, “you know, this was the place that I go and you should go here and this is how you can get it through work, for free, so he said ‘what do you have to lose?’” and I thought that sounded like a great idea. So I went and I know now that it could be really hard for people to find a good fit with their, with their counselor, but I was so lucky to get someone who was such a good fit for me. We talked a lot about, because this was a couple of years after I met my wife, I was starting to feel better about myself, but a big theme for us was preparing for the loss of my father so it was, it was very helpful to just be able to talk to someone who —she was unbiased and extremely helpful without being judgmental or giving advice. So, I look back now and I’m like “man if I had had that help back then, what could that have done for me?” yeah just to think about how I may not have recognized how serious things could have gotten.
Text onlyRead below

Teri says that entering the helping professions, being there to help others, gave meaning to her life.

Show in context
HIDE TEXT
PRINT TRANSCRIPT
If you don’t have a purpose, then, of course, why does anything matter and so that really just perpetuated that cycle of not caring but so now my purpose has more shifted to I’m in the helping profession, I’m able to help people especially people with depression. I have clients who the majority of them are depressed and to see those symptoms in someone are, you know, it just, it can really take you back sometimes if you, if you think about it too long. But I just feel for them so much and I just want to help and that’s, that’s my purpose. Not just with depression, but mental health in general, especially as the stigma is starting to go away. It’s more okay to ask for help like I should have and so just being there for other people to call on for help has been very meaningful.

Teri loved taking her dog places in the car, even when her depression was at its worst.

Show in context
SHOW TEXT VERSION
PRINT TRANSCRIPT
…at that time he was pretty young and he wasn’t a puppy-puppy but he was still a puppy and so having not only that purpose but to have a companion to have someone that well, it’s a dog and they’re always excited to see you and I was always exited to be around him. It was great in the car, I loved taking him places so even if you know before when I was in the worst of it, I didn’t want to go anywhere, do anything, when he was there, I wanted to get him out, you know, like, go to the dog park and go on walks and just go on a car ride and stick your head out the window, you know, so that was extremely helpful for me.

For Teri, feeling connected at work was a first step in reducing the hold depression had on her life.

Show in context
SHOW TEXT VERSION
PRINT TRANSCRIPT
It just started to go, it just it was just gone, like I didn’t really I’m not really sure how this shift happened but I didn’t have to fake it anymore. So, I’m thinking back to like how I was at work at that point, but I, once I began to start feeling better about myself, I felt better about my abilities to do my work and so I became more excited to go there and be around people and do a good job and get promoted and I did like from there I started to do better and, so I see that. I look back and I see reconnections with family members…
Previous Page
Next Page