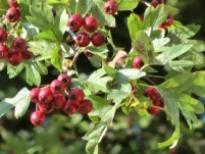 Kanya met her husband when he was on holiday in Thailand. He returned to Thailand to marry her and the couple settled in England with Kanya’s nine year old son from a previous relationship. After five happy years, Kanya endured years of verbal and financial abuse from her husband who lost his job, drank heavily and controlled her behaviour. She eventually fled, alone, to a women’s refuge and then to a flat where her elder son joined her.

Kanya is a 41 year old Thai woman, separated from her English husband after ten years of marriage. She lives with her adult son in a council flat. Her younger son lives with his father. Kanya is currently unable to work owing to health problems.

Kanya left a controlling relationship in Thailand with a man who had numerous affairs. She described how it is ‘normal’ for Thai men to be dominant and controlling and for their wives to be respectful and stick by them. So when she met an English man, who initially treated her very well, she was ‘amazed’, and the envy of her friends and family.

Kanya describes her first five years in England with him as ‘amazing ... everything was good’. Verbal and financial abuse began when her husband lost his job and spent time at home. Kanya worked long hours as a waitress and her husband drank heavily. Kanya found out later that he had a history of alcoholism. She says ‘his personality changed’, he became easily upset and angry, swearing at her in front of the children and accusing her of seeing other men.

Kanya left for three months, sleeping in a garage behind the restaurant where she worked. She hoped to get somewhere for her and the children to live but Housing officers told her to return to her husband, as she was not eligible for housing without paperwork that she did not have; for example receipt of child benefit which was registered in her husband’s name. After returning, Kanya developed severe psoriasis which meant she lost her job. Following two suicide attempts, she went back, alone, to her family in Thailand.

After three months, she came back to see her children and was offered a job in another town, where she planned to take her children. However the job was postponed, her husband threatened to throw her out of the house and threatened to kill her. She went to the police who gave her the contact details for Women’s Aid and she entered a refuge in another town, where she received help to find a flat. Her elder son came to join her there when his step-father started to blame him for the marriage breaking up. He is however, unable to work as he lost his passport and visa and they cannot afford a replacement. Kanya has contact with her younger son at weekends but feels concerned that he is heavily influenced by his father and is learning abusive forms of behaviour.

Kanya gets her support from a worker at a Women’s Aid One-Stop shop and feels strongly that there is not enough information available for women experiencing domestic abuse. Before she went to the refuge, although she confided in her doctor and had medication for depression, no-one could help her to get a place to live which was the main thing that kept her trapped in her marriage. Her message to other women is to be strong and confident so that they too can feel as ‘amazing’ as she now does having left the relationship.

Kanya became suicidal when she realised there was no escape from her partner, who kept the child benefit, when she lost her job.

Kanya became suicidal when she realised there was no escape from her partner, who kept the child benefit, when she lost her job.

View topic summary
SHOW TEXT VERSION
PRINT TRANSCRIPT
He just talked to me like a animal.

Just swearing every word he just say, he swear in everything. So I just and I said to him like, “I’m going to move out. I don’t want to.” And he said, “You can move out, do whatever you want.” I have separated from him about three months before, but I have, I have nothing. So even the kid’s benefit he always take everything, I never have that.

Right, so you didn’t have your own money?

So you separated for three months, but then you went back again?

Yeah, because I find really hard. I had nowhere to live so I had to ask my boss in restaurant like to stay you know, really like garage or something they keep for staff, and then I just got bed in there. And then I bring the kids to stay with me and then I said like, “I need somewhere to live. I don’t want to live with you anymore. So I need some of the benefit and then I will go, help to get somewhere to stay, just me and the kids.” And he don’t want to give me anything. He said, “You can take the kids. You can go.”

And then he just said like and that time he just stay in the house on his own, drinking, don’t care about anything. But he don’t, he won’t give me for the transfer the benefit or anything. Just tried to give me a hard life and, and thinking like, “Let’s see,” and he always said like, “You don’t know anything about England so you’re not English people, you don’t know. You think you know better. No one can help you,” and blah, blah. And he said like, “I can send you back to Thailand any time I want.” And I was just like, “Well, it’s really difficult for me.” I’ve been to ask help and everything but they’re just like, “We’re sorry, we can’t do anything.”

Who did you ask for help from?

I’ve been to the housing and benefit.

And they said, “Everything works by paper. You need to get the kid’s benefit and then, you know, or maybe you have to be homeless,” and blah, blah. And really, really difficult that time, because I have to cope with work and cope with the kids and cope with somewhere to live.

So I’d been like that for a year and it was making me so ill, and I’d just like even become more and more. And then I start to feel like I don’t want to live anymore, so I tried to kill myself twice, so that. And then after that I feel, because the kids around here and then I just I can’t again. But that time I just feel like, “That’s it, only way I can deal with this, die, that’s it.”

Yes, yeah I can understand that. So the three months you were just living by the restaurant?

Then you had to go back really because

Yeah, I had nowhere to go.

Kanya drank alcohol to deal with her feelings of hate towards her partner. It also helped her to sleep but eventually she decided it was better to get help and talk about her difficulties.

Kanya drank alcohol to deal with her feelings of hate towards her partner. It also helped her to sleep but eventually she decided it was better to get help and talk about her difficulties.

View topic summary
SHOW TEXT VERSION
PRINT TRANSCRIPT
But I have so much problem stopping my hate. I can’t really tell people. When I start to say and reaction I have it’s kind of opposite, and people start to think like, “She’s crazy.” And I just come back tell myself, “Am I going crazy?” And I start to like I can’t sleep. I have so many problems, you know. And I start to drink alcohol for drink. And then, and then I went to talk with these people and she said like, “How do you sleep?” I said, “I can’t sleep.” So, “What do you do if you can’t sleep?” I said, “I just have some wine.” First I start, it’s very good, one glass of wine make me sleep. And then after this didn’t help, so I got two glasses.

And then after I go for whole bottle. And then after even bottle it didn’t really do anything. And then they said to me like, “Don’t use the alcohol otherwise you will come to addicted.” And then, yeah, I’ve been to talk with people and then I just like, “OK.” And I have to, I think it’s all, everything, you have to remind yourself and try to work out by yourself is the best way. But it’s not easy for anyone, you know, when you’re stuck in that. For me, I lost everything. I lost every moment, every situation I feel lost about everything. I don’t know what I’m doing, what my life’s about, what I’m going to do. And after I’ve been through everything, because I am so ill and then I go back home, I talk with lots of, you know, my family and everything, and after that I just feel like I’ve got my kids, so it doesn’t matter what happened, just I have to be there for my kids. And I start to feel strong because of, thinking like alcohol is not going to help. Whatever you’re doing, things like that is make things worse. It’s not going to make thing work. So I start to thinking like be more sensible to do things and then get some help, talk more with people whoever can.

Kanya described how her husband would make her feel ‘crazy’, and how she felt upset all the time.

Kanya described how her husband would make her feel ‘crazy’, and how she felt upset all the time.

…did you talk about what was happening at home at all to him?

Was that helpful to tell your doctor what was going on or?

Doctor sent me to see people about [size?], something to talk.

Was that helpful, talking to that person?

I didn’t feel it’s helpful at all. I just feel like everything stuck in my head. Even I tell people, but still, not really go anywhere. I still deal with situation, I deal at home and it’s, “What’s the point?” And I just, I have said to doctor like, “I just want to have somewhere to live, like far away from him.”

And just have easy life, you know, just have normal life without him. Because he’s the one he’s just put everything in my head, he’s kind of made me crazy all the time. And doctor said to me like they have no power to do anything like that anyway. So, but they have write some letter to the housing benefit like, you know, I need some help, I need some. But when they read that they said, “Oh, the psoriasis is nothing wrong, so you, you OK. If still married you still can stay in that house.” You know, they just come back to me like, “You have right to live there.” And then when I went to the police, the police said to me like, “Yeah, you have right to live there, but you don’t want to live like that, it’s make you crazy.” Then police said like, “You need to get some help. You need to go some, somewhere else, because this is make you crazy.”
Previous Page
Next Page