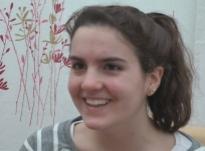 Age at interview: 15
Brief Outline: Paula took part in the HPV vaccination programme in school year 8 for girls aged 12 to 13. A nurse during school assembly provided information about HPV and the vaccination programme but Paula thinks that more information is needed to build upon what has been learned in assembly about HPV, cervical cancer and sexual health in general.
Background: Paula is a full-time student and is preparing to take her Final GCSE exams. She lives at home with her parents and younger sister. Ethnic background: Argentinian.

Paula took part in the HPV vaccination programme for girls aged 12 to 13 years in school year 8. Invitation to take part and information about the HPV vaccine was provided by a nurse during school assembly. Paula understood the information given - that the HPV vaccine reduces the risks of getting her cervical cancer when she’s older but it doesn’t prevent sexually transmitted diseases.

At assembly, Paula was given an information leaflet and a consent form to take to her parents. Her mother searched for more information about the HPV vaccine and the vaccination programme online. Then her mother talked to Paula and both decided it was a good idea for her to be protected against cervical cancer. Paula’s only worry was whether the jab was going to hurt. Over a period of six months, Paula received three injections every two months and had a mild, short-term reaction to the vaccine in the form of her arm feeling tender.

Paula says that, at the age of twelve, she understood what the National HPV Vaccination Programme was about but that there is a need to provide girls her age with a follow-up information session. This session should aim to give girls more information about HPV, cervical cancer and sexual health in general. She also thinks that it would be a good idea to clearly explain to 12 years old girls what the HPV vaccine does and doesn’t do – for example it doesn’t protect against unwanted pregnancy or sexually transmitted infections.

Paula talks about the health messages she got from the Catch Up Programme and how she felt about it.

Show in context
SHOW TEXT VERSION
PRINT TRANSCRIPT
Well I remember the nurses.  Well we got an assembly on it, a few weeks before we got the first vaccination. And then we just got three vaccinations in the period of six months.

Ok so every two months?

Do you remember some of the, what they said to you about why they were doing it?

I think they just explained it to us and we got a leaflet about it and then a form to give to our parents.

But do you remember what they said about it or not?

No not really. They just explained what it was to us.

And you read the leaflet yourself or you just gave it to your mum?

I probably just gave it to my mum [laugh].

So any kind of messages that stayed with you?

That it was to reduce the risks of getting cervical cancer when we are older but it doesn’t prevent getting sexually transmitted diseases.

Would have liked more information about it?

Paula says she got given a card that nurses signed each time she got her jabs. Her arm usually hurt for a day or so after each jab. Keywords: HPV vaccine, school, side-effects

Show in context
SHOW TEXT VERSION
PRINT TRANSCRIPT
How did you feel?

Well we were, we were told to line up and then we went in and said our name and got given a piece of paper and then we went. There were lots of nurses around the hall and we got called to one when one of them was free and we sat down and then they asked us a series of questions like if you are pregnant or if are feeling ill. Yeah and then they told us to just breathe and they just did it. And then we left.

Ok did they give you any advice in case you felt unwell?

Yeah they said it should it would just hurt a bit and then there aren’t. If it made you feel ill that you should tell them and then they would tell you what to do.

And did you have any side effects? How did you feel after having it?

I felt fine. It did hurt a bit. Couldn’t move my arm much.

It still hurt the next morning.

Yeah but and it didn’t bleed too much either so I think it was fine.

Ok and the second time you had it, did they send you a reminder or how did it happen because you had three vaccines?

Yeah I remember the first time we got given a card and then they [nurses] would sign it each time that you got the vaccination.

Ok and the three vaccines were given to you in the school?

Yeah in the school.

And then if you would miss one then you would go to get it done at your GP.

Ok they explained that to you?

Paula thinks that more information is needed about STIs (sexually transmitted infections), HPV and cervical cancer before they leave school.

Show in context
SHOW TEXT VERSION
PRINT TRANSCRIPT
I think it [more information] would be quite helpful because there are a lot of things which can affect us that we don’t know about.

Some of them sexually transmitted diseases don’t have symptoms so we would need to, we need to just basically know more about them and also who to go to if you get one.

So do you think you need some sort of information specifically about the HPV vaccine now that you are older?

Yeah because it will, because when we were younger we wouldn’t have understood it as well. Now that we are older we will understand it better.

We did have these [citizenship lessons]. The sixth formers did a presentation on it in Year 9 but I don’t do citizenship anymore. I finished last year but I remember in Year 9 these people came in but they didn’t talk about cervical cancer they talked about other ones like Herpes and Chlamydia and stuff like that.

Not about human papilloma virus?

No I don’t remember anything about that.
Previous Page
Next Page