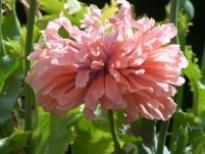 Brief Outline: Bernadette’s youngest son first self-harmed when he was 21 years old. He has not received any treatment for this from mental health services, and Bernadette has had no support herself.
Background: Bernadette is married with six children, the youngest of whom is aged 24. She works part time in a library. Ethnic background: White British.

Bernadette’s youngest son was treated for Obsessional Compulsive Disorder (OCD) from the age of nine. He stopped taking medication for this when he was 15, as he thought it might prevent him pursuing his chosen career. When he was 21 he withdrew from an opportunity to work abroad and felt a failure because he had made this decision. Bernadette says he became depressed and was drinking heavily after the break-up of a relationship. He burnt his hands with cigarettes and cut his arms, and subsequently scalded himself seriously with boiling water. He told Bernadette that this was an accident, but eventually admitted that he had inflicted the injuries deliberately. She was annoyed that he was not offered any contact with the mental health unit attached to the hospital where his burns were treated. She felt the staff were blaming her. She was told how to dress his burns and found this traumatic, but she says the worst part was finding out that he had done it himself – ‘it nearly broke my heart that he could hate himself that much’. He has promised Bernadette that he won’t harm himself again.

Bernadette had never come across self-harming before, and it made her feel a failure as a mum. She couldn’t understand why he could do it to himself, in a place on his body where it could be seen. Her son told her it showed how he felt, that he’d ruined his life, but he is now trying to cover up the scars so they don’t harm his future job prospects. Bernadette does not think he has had any help – she says he has seen his GP but she doesn’t know what was discussed. She tries to console him by referring to other people who have had similar problems.

Bernadette’s husband didn’t want to know about the self-harm, which Bernadette found hard, because she had no one to talk to. On one occasion another family member interrupted her son when he was about to take an overdose and got into a fight with him. Bernadette and her husband took their son to the local hospital because he was out of control after the fight, but because they were willing to take him home he was not offered any treatment. The pills her son was thinking of taking were prescribed for her chronic pain; she says she never thought of hiding them because everyone in the family is an adult.

After this incident Bernadette contacted a carers organisation which she had joined when looking after her mother. She saw a helpful woman who referred her to a group meeting, but this was dominated by one particular person so wasn’t what Bernadette needed. She would have liked a support group for other people in a similar position – ‘it’s a taboo subject, and you do feel such a failure as a parent. It would be so good if you could just meet other parents or carers and.. feel normal… because you’re with people like yourselves.’ She wonders if the self-harming behaviour is connected with her son’s OCD, and remembers a time when she took him to the doctor when he was about six, for bruises on his lower legs. The doctor suggested that he was being bullied, but Bernadette now thinks her son might have been punishing himself. Her son admits that his excessive drinking could be seen as a form of self-abuse.

Bernadette advises other parents to keep the lines of communication open, and not to be too shocked, even if you are absolutely horrified. She says you pay the price yourself, because you’re acting calm but inside you’re raging and in a panic. Because her son is an adult she feels she can’t go to her GP. She thinks it would be good to have a scheme whereby GPs’ notes are marked to identify people who are carers and might need some sort of support.

Bernadette thinks if carers can be identified through their medical records they could be offered support.

Bernadette thinks if carers can be identified through their medical records they could be offered support.

View topic summary
SHOW TEXT VERSION
PRINT TRANSCRIPT
Any messages you’d like to give to clinicians or doctors that are dealing with self-harm?

I think it would be good, I don’t suppose it’ll ever happen, if they could find out who the main carer is for that person and provide some sort of support. I know, when I looked after my mother-in-law, there was a scheme that if you were caring for someone, they marked your notes, as an individual, that you were a carer.

Now I don’t know what’s happened to that scheme, whether it’s still there. I think it would just be nice maybe but I know doctors haven’t got time have they.

So when the notes were marked, then they could be extra careful to sort of ask how you were doing and…

If you come in for a routine thing or if you come in for like stomach problems, for instance, maybe that would be an indication that you’re under a lot of stress and making a lot of acid and giving yourself this, that and the other [laughs].

So do that for people looking after self-harmers?

I think so, yeah.
Previous Page
Next Page