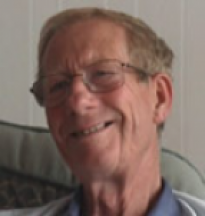 Age at interview: 70
Age at diagnosis: 70
Brief Outline: Polymyalgia Rheumatica diagnosed 2000 and various doses of oral steroids taken for 2 years. Swollen hand prompted visit to Rheumatologist Dec 2003 when RA diagnosis made. Depomedrone injection given and once since. Currently only on Fossamax (calcium).
Background: Part-time catering, married with one adult child.

Thought his symptoms were rheumatism but did not visit a GP for 2 months which in hindsight was...

Thought his symptoms were rheumatism but did not visit a GP for 2 months which in hindsight was...

View topic summary
SHOW TEXT VERSION
EMBED CODE
PRINT TRANSCRIPT
How long did you sort of leave it before you went to see your GP?

Oh, that's a difficult one. I would say a couple of months, I would say, until it got really bad and I felt, 'I've got to see somebody' you know. It was bad.

Did you have any idea what it might be?

Not a clue at that stage. I knew it would be some sort of rheumatism of some sort. It must be because it was affecting all the joints but, but at that, that particular time I was worried. Because if you don't know what a thing is and you're getting all these pains, and you can't move with them, and I was trying to work as well which was extremely difficult, you know, being on my feet all the time and sort of carrying things, you know, you, it's, you know, it affects the whole, whole of the arm really.

The only thing I could say about that in my experience is that, why did I have to endure the pain for so long, why didn't I go to the doctor earlier? You know, if I'd had sort of, gone to him earlier I wouldn't have had to maybe put up with so much, you know. I left it a long time before I went really, I thought'

It was a couple of months before you went to your GP even?

Yeah, I should have gone to see him before and I wouldn't have had to put up with so much. But you don't know those things. And I'm not one for rushing off to the doctor, you know. Yeah, so that's the only thing, I would like to have gone a bit earlier perhaps.

Describes the effects of steroid tablets and reducing the dose over time.

Describes the effects of steroid tablets and reducing the dose over time.

View topic summary
SHOW TEXT VERSION
EMBED CODE
PRINT TRANSCRIPT
He said, 'And I'll have to put you on a course of steroids". So I said, "All right". He said, "I want you to take 4 a day for, until it sort of goes off, you see". So I started on this, what, the same day that I saw him. The next day the pain had gone completely and I thought, "Well, this is a miracle" the pain had just disappeared overnight. And anyway I had to go back and see him in, in two weeks so I told him the story and he said, "Yes, well that's, that's usual".

He says, "But what we've got to try and do as soon as we've put you on them is get them off you as quick as possible.' So, anyway, as time went on I was taking these steroids for nearly two years. I got it right down to one and then when I was on one I had to go up to three because the pain started to come on again and it was up and down like a yo-yo. So eventually I got it down to, well practically nothing.

And then when of course, as I said before, when I went on the steroids, it helped no end because I felt as though I was normal. I wanted to come off, off them as soon as possible, you know, because I know they have a lot of side effects, steroids. It didn't, fortunately I was lucky, I didn't get many side effects at all. They're supposed to make you a little bit fat in the tummy and, and other things, I can't remember all the side effects.

But I was quite fortunate, I didn't get them. But it, I think the frustrating part about it all was, I was sort of over the moon that I was going down in size, you know, of tablets. I got right down to about one tablet and then he, they, what the doctor does, he takes a test to see, I can't think of the name, but they take a test to see what the blood levels are and you, you feel right down in the dumps when he says, 'No, it, it's too high the, the level, you'll have to go back on another one' you know. And it was like this all the time until I gradually got off them.

He belongs to the Ramblers' Association and his doctor says he can still walk as long as he doesn...

He belongs to the Ramblers' Association and his doctor says he can still walk as long as he doesn...

View topic summary
SHOW TEXT VERSION
EMBED CODE
PRINT TRANSCRIPT
But I mean, the main thing is that  I'm not too bad at the moment and it's under control. As regards affecting my life it hasn't affected me that much because I've persevered, you know. I've wanted to do things. I do a lot of walking, and I still do a lot of walking  and I asked him today about this as a matter of fact. I said, 'If I wanted to do continue with walking, you know, country walks and that sort of thing'. He says, 'No, there's no problem' he says, 'with that really'. He says, 'As long as you don't sort of overdo it'. So, I think the more active you are or you can be, you know, the better it is for you rather than sit down and wait for the pain to go away I feel that you should try and sort of  meet it a little bit, you know, fight it, you know.

And is it painful now when you walk?

No, not, no it isn't, not at the moment but I, I get times where, whereas I could sort of be walking along and think, 'Phew, I feel as if I've walked about 9 or 10 miles', you know, my legs are aching. And other times they're as right as rain.

And how far have you walked?

Well I walk, I have walked, because I belong to the Ramblers' Association, I've walked up to 10 miles. You know. But I don't do the long walks so much now. You know. I did a bit of walking in the Lake District because it's up in the fells, you know, and I was OK. It ached a bit afterwards but no it wasn't bad. It's OK.