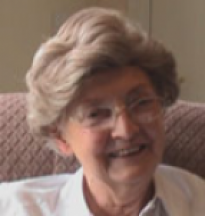 Talks about the relief she gets from anti-inflammatory creams she puts on her joints.

Talks about the relief she gets from anti-inflammatory creams she puts on her joints.

View topic summary
SHOW TEXT VERSION
EMBED CODE
PRINT TRANSCRIPT
I didn't realise it was going to get worse, I think, I was living in cloud cuckoo land with it really, I was full of optimism that it was only a temporary thing and physiotherapy and creams and things would help, and the creams, the creams do help and I don't know whether, am I allowed to mention the creams that I've found helpful? Well at one point the rheumatism spread from, as well as having it on the knee and in the ankle, and I've got flat feet and that's part of the reason I have trouble with my ankle, I've got six areas altogether that needed cream, and Ibulieve Strong, you're not allowed to use more than half an inch, but by using Movelat, which you can use six inches of, I've got six areas and I was able to put an inch underneath each of my feet, an inch in each ankle and then an inch for each knee, so that worked, and at the moment I'm only having to use, I've gone back on the Ibulieve because the knee was quite bad and I thought well I might as well have the stronger one. So I'm only using it on those two areas, so I can always go back to the Movelat if I need to later on, but I'm able to get Movelat on prescription which is great.

And how, how do they feel once you've put the cream in?

Oh it, it definitely, definitely helps. I think, I think my main problem is really just mobility because as the day goes on I definitely get better and I have to go out quite early in the morning.

View topic summary
SHOW TEXT VERSION
EMBED CODE
PRINT TRANSCRIPT
So I must, I must make, I must make the effort and do it more often because it's important to get the exercise. I've got exercises to do at home as well, which I do  morning and evening normally yep.

So you feel quite motivated to do them do you?

I do normally, I've just had, I've just had a drippy cold and I did make an excuse with that not to do them, but normally, normally I'm quite good and they don't take very long and its well worth it.

And what sort of exercises are they?

Stretching, moving my feet up and down, its a pedal movement, leg raising that sort of thing yes. Nothing to arduous, it's quite pleasant, it doesn't hurt [laughs].