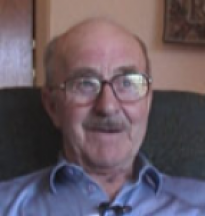 Was not happy with some of the treatments and chose to stop taking anti-inflammatory medication.

Was not happy with some of the treatments and chose to stop taking anti-inflammatory medication.

View topic summary
SHOW TEXT VERSION
PRINT TRANSCRIPT
Do you feel that you've had any choice in the treatments you've had?

No, no, I don't think there was any choice. In the, well, let's go back to right to the beginning, I wish I hadn't had the injections and the other things that the physio and the sort of medication I had at that time, because it was of no use to me at all. And it was also suggested that I took Ibrufen night time and through the day and I wasn't very happy with this either because, I think all you do with the Ibrufen is to shield the problem and I'm a firm believer if you've got a pain well, get rid of it, don't just cover it up with drug or something like that, especially when you get side effects.

So, yeah, I got rid of the Ibrufen. This was voluntarily done actually, I simply said I don't want anymore on repeat prescriptions. And it wasn't until I saw the consultant that, I don't know whether he was fortunate or not, but he did prescribe, as far as I'm concerned, the drug which was most suitable for my body. And again I do realise that certain body functions and if something can be prescribed to assist those functions to work properly, that's the way to do it.

Finds that cold helps relieve the pain of hand and joint flares.

Finds that cold helps relieve the pain of hand and joint flares.

View topic summary
SHOW TEXT VERSION
PRINT TRANSCRIPT
In the very early stages, OK I have big hands anyway, but my hands in the middle of the night were like boxing gloves, and unlike a few people I know with arthritis, heat is no good to me at all. I have to have freezing things. So what we did, because it was in the middle of the night, we thought OK, the best thing to do is have something cold upstairs, so we got a metal bed head, a brass bed head. So in the early stages, if I felt uncomfortable with my hands, I would slide under the pillow, grab the bed head and that would give me relief. So I've learned to live with it.

You mentioned that you had a cold pad as well?

Yes, yes, yes, yes, its like a little sausage and you know, if I feel a bit stiff, well I just whip that around now [neck]. Yeah fine, or even on my wrists. Definitely I, I need to be cold to get the best effect. My hands are usually always cold. People say to me, you know, 'you've got very cold hands'. Well that's obviously, got to be due with blood circulation more than anything else, but the fact that they are cold means that I'm not affected with the arthritis as much.