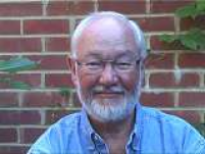 Age at interview: 69
Brief Outline: He had lost weight and had erectile problems. In 2004, at his annual check up, he asked for a PSA test, which was slightly raised. After a biopsy he was diagnosed with prostate cancer, and treated with hormones and brachytherapy.
Background: Occupation' Retired engineer. Marital status' married. Number of children' 3. Ethnic background' White British.

He decided that he wanted a PSA test and requested one from his practice nurse.

He decided that he wanted a PSA test and requested one from his practice nurse.

View topic summary
SHOW TEXT VERSION
PRINT TRANSCRIPT
Did you feel that it was a joint decision to have the PSA test in the end or was it mainly driven by you?

Oh the PSA test was entirely driven by me, I had to ask for it. And she was quite happy to put it on but she did warn me that it gives false positives and I wasn't to get sleepless nights if I got a positive test. And as I say I expected to, to have a second test.

But this was the practice nurse, she didn't say you had to discuss it with the GP, she went ahead and did it?

They, our practice nurses are given pretty good authority, they're pretty good. yeah and they, you know they've been known to say,' I'll have to get the doctor to endorse that but this is what you do,' [laughs] they're very good.

He had lost weight and had mild erectile problems. His PSA test showed that it was raised, so the...

He had lost weight and had mild erectile problems. His PSA test showed that it was raised, so the...

View topic summary
SHOW TEXT VERSION
PRINT TRANSCRIPT
' and then last Autumn when they were doing the annual check-up and so on and took a bit of blood I noticed that they hadn't put PSA on it. She said, 'Oh no we don't, we don't like to frighten people because it gives false positives sometimes.' Well nowadays most of my pals have had prostate problems of one kind or another and the Big C, cancer, is not as petrifying as it used to be by any means, people talk about it so I asked her to put it on and she put it on in biro on the thing and it came back 7.3. So I thought well the doctor is going to ask for another PSA test and to my surprise he didn't, he put me in for the full biopsy which is not a very pleasant experience having a camera crew stuffed up your backside and so on. And full biopsy and it's also, you know you have to be on heavy antibiotics afterwards in case they've given you an infection and so on. And I would've thought a second PSA would've done but in fact he was absolutely right to panic, or not panic, to press the red button because I think it was partly because I'd lost 4' kilograms without intending to, my weight just dropped by that amount and also I was having erectile problems, I'd actually got some Viagra from him which was slightly unexpected I thought and so may be that triggered some worry in his mind and he sent me off. And he was absolutely right it was a Gleason score of I think 7 and they reckoned something like 40% of the, may be it's more than that, of the prostate was cancerous. And so that's what started the PSA thing. It's since gone down to 0.1 while I was on hormones and it's now 0.2, it's doubled, so it's still zero, still nothing. and I would certainly encourage people to have a PSA test but have it checked if it comes out positive, just have a second one, much cheaper than having this awful biopsy.

Information from a website helped him understand the results of the PSA test.

Information from a website helped him understand the results of the PSA test.

View topic summary
SHOW TEXT VERSION
PRINT TRANSCRIPT
To go back to the PSA levels, did you understand what the different readings meant?

Yes, by then I'd got a leaflet on it from somewhere. In fact I may have had stuff passed on from a friend of mine who'd had a cancer operation I think, and also you get it instantly off the Net. When he said 7.3, you know it should be 4.3 or something like that, and so immediately go home, press the buttons on the computer and it's all there. And you can, in fact I printed it out at that stage and then they [Prostate Cancer Charity] sent me a load of stuff through the, through the post. So yes I was well aware of that.

Says that the biopsy 'wasn't that bad' and that he would have liked to have seen the ultrasound...

Says that the biopsy 'wasn't that bad' and that he would have liked to have seen the ultrasound...

View topic summary
SHOW TEXT VERSION
PRINT TRANSCRIPT
Can you say a little bit more in detail about the biopsy for men who might be worried about it?

Oh I see oh well yes this is the least pleasant of the things that happened to me but I'd never had any pain or anything like that throughout any of the procedures that happened in the next few months. This was the first time, as I say, all the women present said, 'Well we've been interfered with since we were teenagers, it's about time you men had, you know suffered the same fate.' And they stick a thing, it's just like a, just like a large finger up your bum. It was an enormous finger as far as I was concerned and then they put a needle through the wall of your rectum into the prostate and they take, under guidance from an ultrasound cinema screen, you know television screen, they carefully select places that look dodgy. And I think six out of ten or nine out of, or five out of ten or something like that of these turned out to be cancerous and they take a samples. Having taken them through the wall of the rectum they obviously can introduce dirt into your system and therefore they stuff you full of antibiotics, a huge injection and all this sort of stuff which is not something that that one wishes to do voluntarily really, you know we try and avoid antibiotics if we can. But that was probably the worst procedure I had throughout the whole of the exercise, but it wasn't that bad, for heavens sakes it wasn't that bad at all.

So did you have any local anaesthetic for that?

So you'd liked to be able to see what was going on the screen?

Did you have any side-effects of the biopsy?

I don't think so no. A bit tender and that sort of thing but not no, no nothing serious at all.

The surgeon wanted to operate but he decided to have a short course of hormone therapy to shrink...

The surgeon wanted to operate but he decided to have a short course of hormone therapy to shrink...

View topic summary
SHOW TEXT VERSION
PRINT TRANSCRIPT
So at that stage did the consultant start to discuss options with you?

Oh he laid it down straight away, yeah because I'm slightly jokey he made it plain that I had to take it seriously, which I was quite happy to do of course, and he wanted to, to chop the prostate out, wanted to operate. And it was coming up to Christmas and that couldn't be worked in really because hospitals all go a bit, when I say go slow over Christmas that's unkind, that's not quite the right word but you know get a bit clogged and so he said, 'Look why don't you go and see the radiotherapist, he's got some new ideas.' The oncologist radiotherapist? Lets have a look [looks at his notes].

He did between October, that's right what he did was, 29th October I saw the specialist, 9th November MRI scan, 15th November bone scan to see I if it had spread, I was surprised at that, and then I saw him on 23rd November same fella. And then I saw my GP on 24th November to double check and the specialist by this stage sent me to the oncologist on the 26th November so that was a busy week wasn't it?

Can we just go back once more to the decision about the treatment for the prostate cancer. Would you like to summarise how you came to that decision to have the Casodex and the brachytherapy, because you saw a few people?

Yes I chose the hospital I chose because they had a huge radiotherapy department and I didn't want to have the, the operation which has fairly disastrous side-effects. And I wanted radiotherapy and they've got a superb radiotherapy department, it's local to me and the radiotherapy then I thought meant going down five days a week for six weeks which I was prepared to put up, the last pal who had it had this cancer had this treatment and he's alright. Then I read about brachytherapy and this sounded like the bee's knees, this sounded very good but obviously it only applies to certain people. You mustn't have serious peeing problems because they make them worse and you must have a Gleason below 10, you mustn't, and it mustn't have spread elsewhere. But it was great.