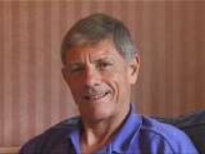 Age at interview: 57
Brief Outline: Mild urinary symptoms led to a consultation with his GP. Having received information and discussed the situation he decided not to have a PSA test for the moment, mainly because of the uncertainty surrounding the PSA test; that it can not reliably diagnose prostate cancer.
Background: Occupation' Retired teacher. Marital status' married. Number of children' 2. Ethnic background' White British.

His GP discussed the advantages and disadvantages of having a PSA test. He decided not to have...

His GP discussed the advantages and disadvantages of having a PSA test. He decided not to have...

View topic summary
SHOW TEXT VERSION
PRINT TRANSCRIPT
Okay it was about two years ago that I, I suppose seriously thought about having a PSA test for the first time and at that time my GP gave me literature to take away and read and think about it and again I went back to him, some, some months later. I have to say that [laughs] I was very slow in following all these things up, I think kind of the working life takes over and it was just not a pressing issue so that the whole thing got rather drawn out over a period of time. But eventually we had a sort of more thorough discussion about it and at this stage he talked me very thoroughly through the pros and cons of having the test and the sort of decisions which I needed to make. And up to this point I've still decided not to have the test although I think it's true to say that I'm monitoring my own situation quite closely and every so often I discuss it with my GP again.

Did you feel that it was your decision about the PSA test or were you taking advice from him [the GP]?

I took, I took advice from him in the sense of listening to what, to the pros and cons which, but he was very even handed in that and I felt it was entirely my decision in the end, yes.

Was that how you liked to make the medical decisions?

Yes, yes I suppose you always value the doctor's opinion and I think probably he was a little bit more firm in his advice against the test or the necessity for it but I wouldn't say that he was in any way influencing me, he was very clear on the pros and cons and very clear that it was my decision and I'm very happy that it is absolutely my decision yes.

Has had some urinary symptoms but has decided not to have a PSA test for now because it is not...

Has had some urinary symptoms but has decided not to have a PSA test for now because it is not...

View topic summary
SHOW TEXT VERSION
PRINT TRANSCRIPT
And thinking back can you remember the main pros and cons of having the test from that all that information?

I think the main, the main pro of having the test would be that if there was a sign that there may be cancer obviously it would, could lead to earlier treatment and that would clearly be the main pro of having it is that it could lead to diagnosis and may be sort of catching the problem at an early stage. So it's the other side of it that I think was more interesting really because it did seem to me, from what he [the GP] told me and what the leaflet said that there is a huge amount of uncertainty in this test and it isn't anything like as certain as some other tests for various cancers or other illnesses. And I forget, I think something like is it something like even like two thirds of the cases cannot be accurately pinpointed? I got this figure two out of three from somewhere and I can't quite remember what that's, what that's related to [laughs]. Anyway it seemed that in some cases it could suggest that there was a problem which may not be cancer and that could lead to further exploratory tests and treatment which could be actually quite sort of I don't know sometimes painful and other times uncomfortable. It could also lead to a sort of a mental, I've lost the word there, can I just come back to that mental word.

Yes, I suppose, yes, anxiety, yes. So there was that side of the argument that it, and the other side of the argument is that it could actually miss, miss the cancer anyway and so I decided that with all that sort of uncertainty around it and my symptoms not deteriorating that for the time being I wouldn't proceed to the next stage of having the test. My doctor gave me a sort of very brief examination in so far as he was capable of doing which he said suggested no obvious abnormality although I understand that's a fairly.

It was a rectal examination?

That's right yes, is a fairly sort of imprecise thing but it did again sort of put my mind at rest for the moment that, but as I say I remained very uncertain about whether to go ahead and have the test or not. I may well yet do so.