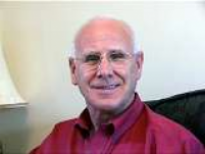 Age at interview: 64
Brief Outline: No urinary symptoms. Has seen information about the PSA test and would have a test if it were offered.
Background: Occupation' Senior partner, engineering business. Marital status' married. Number of children' 3. Ethnic background' White British.

The information he received convinced him that if he developed symptoms he would ask his GP for a...

The information he received convinced him that if he developed symptoms he would ask his GP for a...

View topic summary
SHOW TEXT VERSION
PRINT TRANSCRIPT
So you said you, you did say that if you were offered a PSA test you would have one?

Yes I would yeah, yeah.

Would you actually ask for one or would you wait to be offered one?

No, if I, I'd ask for one if I thought I had any of the symptoms but up to now you know I've found no need to because you know it's like urinating, as you get older it does, you know the flow is not as strong as what it was when you was younger but that's a natural aging process isn't it, you know, and nothing to let any alarm bells start ringing.

So you're sort of still thinking about it and you say that if you were offered one you might?

Oh if I was offered one yes I'd certainly take it. If I had any symptoms I'd go immediately to my GP and you know I'd ask him to carry out some sort of tests or get some advice.