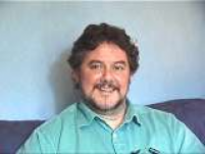 Age at interview: 49
Brief Outline: He became worried about prostate cancer when his father-in-law developed the disease. In January 2005 he asked his GP for a PSA test, and is still waiting for the results.
Background: Occupation' General manager. Marital status' married. Number of children' 3. Ethnic background' White British.

Four months after his PSA test he still hadn't got the result.

Four months after his PSA test he still hadn't got the result.

Yes [laughs] I've not actually been informed by the surgery one way or another which is rather strange on my part, may be a sort of reticence to actually may be face up to the fact that it could be positive but I'm working on the basis if they haven't got back to me screaming saying, 'Oy we need to talk to you', that there isn't a problem.

How many months ago?

How has it been waiting all this time for the results?

As I say I've kind of filed it in the 'too hard' drawer. It's probably my fault for not following it up but I'm equally surprised that the surgery hasn't come back and said, 'Oy, we've got this blood test result, do you want to know what it is?' But that could be because of the state of the surgery and the fact that they're so busy there. I'm pretty certain that if it was positive they would've come back saying, 'We need to see you.'

He decided to have a PSA test when his father-in-law developed prostate cancer.

He decided to have a PSA test when his father-in-law developed prostate cancer.

View topic summary
SHOW TEXT VERSION
PRINT TRANSCRIPT
Okay basically it was brought about as far as I'm concerned because, well the impetus was from my father-in-law, who actually has prostate cancer. Before I'd had a conversation with him I was actually not really aware of what it was or what the problems were and how it would exhibit etc. So I actually decided, well I mulled it over for a long time as to whether I should actually go and have a test and could I face hearing the result, whether it was you know positive or negative, did I actually want to know, and then trying to weigh up what the implications were of finding out. So I went to the GP and asked the GP if I could have a test and they were actually perfectly receptive to providing a test which, which I then did. And that takes us to now, essentially because as it stands, and this is not going to be very good for your interview, I haven't heard back from the GP in terms of whether it's positive or negative, and this is some time ago I did the test so I can only assume that it's negative [laughs]. That does concern me slightly and in fact I have rung the doctors just to, just to chase up and try and get the result. But it was a specific PSA test and it was at my request.

Did you say it was your father-in-law who had prostate cancer?

My father-in-law has prostate cancer yes so not directly related to me obviously. It was just that he's always been a very healthy guy, never really been ill with anything and suddenly discovered that he had prostate cancer, which I understand is a fairly common thing in men as they get older and in fact as you, well I don't know what the term is, contract it or develop prostate cancer as you get older it's not a life threatening thing, usually because although it is a cancer, at the age that they, they develop it tends not to be a problem.

So there's no prostate cancer in your direct family?

Not as far as I'm aware.

So just knowing about him made you start thinking about it?

Yeah it was just, yeah, essentially that's what happened. It just set the ball rolling in my head and I thought well actually okay [my father-in-law] is not old, he's only, he's 73 and I'm just coming up to 50 and it just struck me that if there was going to be something there and there was a test available then it would be better to know than not know and therefore you know face up the problem if there was one. And as the test was available then I decided to go for it.

He asked for a PSA test. He had no symptoms but was tested without getting written information or...

He asked for a PSA test. He had no symptoms but was tested without getting written information or...

View topic summary
SHOW TEXT VERSION
PRINT TRANSCRIPT
Do you remember reading anything about the PSA test before you went to the GP?

I don't, I can't honestly say that I specifically remember reading anything specifically about the test no. I did, I asked the question of the GP and I was told that it was a simple blood test and that's all I did was make an appointment to go and see the nurse at the surgery and then took, took the plunge.

So did the GP give you any other information about except the fact it was a simple blood test?

No not at all.

He didn't give you any information sheets about the PSA test?

No I wasn't handed anything.

Did he tell you how accurate the test was and that sort of thing?

Well I'd sort of gleaned that from the web site as to, as to what, you know there's, on balance it, it can be more accurate than inaccurate but it's not 100% guaranteed. It's you know 70-80% hit rate as far as my understanding is concerned and 80% is a pretty good bet [laughs].

Okay so that was your understanding before you had the test?

So he didn't hand you any sheets of paper about PSA?

I got nothing given to me.

How long ago was all that?

Well it was initiated about a year ago with my father in law but the actual test was done about 4 or 5 months ago.
Previous Page
Next Page